Motorsport
News
The Red Bull driver got the quicker of Lewis Hamilton to win the first ever F1 Sprint at Silverstone
Conor Keane
18:40, 17 Jul 2021

Max Verstappen made history in Formula One as he won the first ever F1 Sprint to start the British Grand Prix in pole position ahead of rival Lewis Hamilton.

The Red Bull driver got the quicker of his Mercedes rival at the start and led comfortably throughout the race to extend his Championship lead by a point, taking his total to 33. Hamilton pursued him all the way and was not far away, but the Dutchman was just too good on the day as Hamilton crossed the line 1.4 seconds behind.

It sets up what will be another thrilling encounter between the pair at Silverstone tomorrow and the epic battle between these two drivers will be closely monitored tomorrow as Hamilton will need to capitalise on his home track to close the gap on his rival if he is to surpass Michael Schumacher’s record of seven world titles and establish himself as the greatest driver the sport has ever seen.

The race was also brought to life by a sensational first lap by Fernando Alonso as the alpine driver soared from 11th to fifth. The result of the sprint set the grid for Sunday’s Grand Prix, so Alonso’s gamble on starting with soft tyres paid dividends. The trial format definitely succeeded in exciting fans as over 100,000 were there to witness this enthralling sprint event. 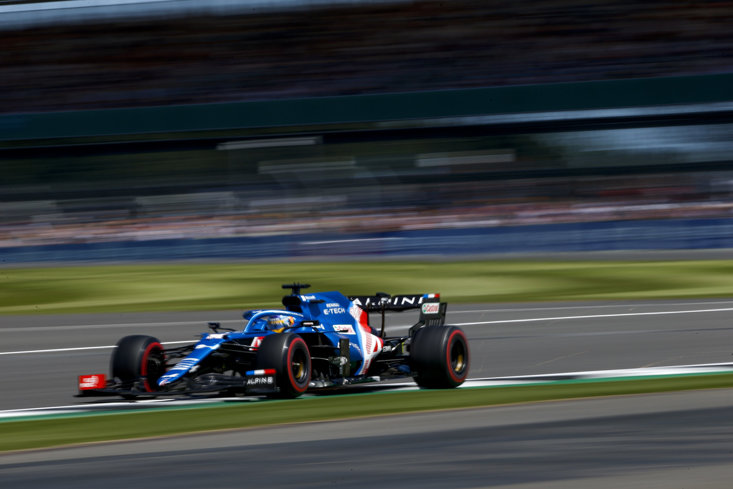 Alonso lost places to the McLaren drivers Lando Norris and Daniel Ricciardo during the 17-lap race but still gained four places on the grid for the Grand Prix on Sunday from his qualifying position.

Mercedes' Valtteri Bottas also took the risk on softs at the start but failed to make any ground on Verstappen and settled into a lonely drive to third place, ahead of Ferrari's Charles Leclerc, Norris and Ricciardo.

In the blistering heat, the drivers all delivered an exciting race as F1 has addressed a way to try and attract a wider audience, and from what we have seen so far, this appears to have been an overwhelming success.

Speaking on his historic victory in the first ever F1 Sprint, Verstappen said, "Around here it is difficult to pass but we had a good start.

"I had a good fight with Lewis on the first lap, then we just tried to do our own pace. We were trying to push each other hard but you could see by the end of the race, the tyres were blistering hard.

"We start the race on lower fuel and then we can really push these cars through the faster corners, lap after lap, so it's very hard on the tyres. But it's the same for everyone, so we have to deal with it.

"Big thank you to the fans. I know they are here for the British drivers, but it's still great to see them cheering and giving support."