On July 20, 1871 at the offices of The Sportsman newspaper in London, the FA Cup was created and the greatest knockout competition football has ever seen, which would pit the great and good of the game with the sport’s more humble heroes, was born.

The competition was the brainchild of Charles W. Alcock, the Secretary of The Football Association who had drawn upon his experience of playing inter-house tournaments during his time at Harrow and believed the excitement and drama he had enjoyed as a student should be experienced by everyone.

The FA had only been in existence since 1863 following the creation of what is widely recognised as the world’s first football club, Sheffield FC in 1857, which brought with it a surge of enthusiasm for the game and a glut of newly formed clubs from across the country in the years that followed.

Alcock was a player, a referee, an administrator and a committee member as well as a journalist who had captained England before becoming secretary of the Football Association and of Surrey County Cricket Club at the same time and still turned out for Wanderers Football Club.

So at a Football Association meeting at the offices of The Sportsman newspaper in Boy Court, Ludgate Hill, during the summer of 1871, Alcock put his idea for a new competition to his fellow members: “It is desirable that a Challenge Cup should be established in connection with the Association for which all clubs belonging to the Association should be invited to compete,” he proposed.

The motion was passed while a set of rules was drawn up and invitations issued to the FA’s 50 member clubs, though just 15 responded and had their entries accepted to the first competition. They were: Barnes, Civil Service, Clapham Rovers, Crystal Palace, Hitchin, Maidenhead, Marlow, Queen’s Park (Glasgow), Donington Grammar School (Spalding), Hampstead Heathens, Harrow Chequers, Reigate Priory, Royal Engineers, Upton Park and the Wanderers. 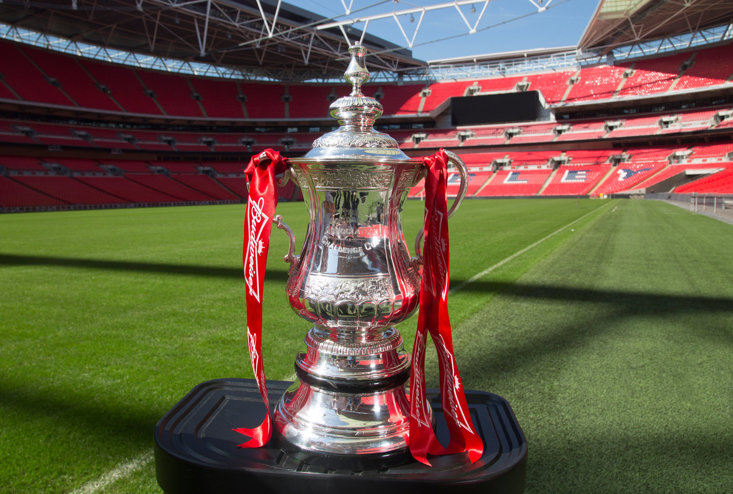 The clubs were asked to contribute towards the cost of a new trophy worthy of this landmark competition and Martin, Hall and Company duly designed and crafted a heavily embossed silver cup which stood around 18 inches high, with two curved handles and the figure of a player on its lid to the value of £20 which soon became the most coveted prize in the game.

Following a number of withdrawals only 13 clubs eventually took part in a competition which consisted of just a handful of fixtures after several pulled-out without playing a game, the first round of matches taking place on 11 November 1871 with the final being held at Kennington Oval on 16 March 1872.

The showpiece was contested between the Royal Engineers and Wanderers FC who boasted a certain Charles W. Alcock in their ranks with the man who had done so much to champion the tournament eventually ending up on the winning side as a crowd of around 2,000 paid a shilling each to watch a game that took place on a cricket pitch with no goal nets.

Like football itself, in subsequent years the FA Cup’s appeal grew massively as clubs up and down the country, both large and small, clamoured to be part of the world’s first and most popular knockout competition which for many of those fortunate enough to have won it remains the pinnacle of their career.

As it reaches its 150th birthday, the FA Cup has epitomised everything that is great about the game, initially bringing together the elite of Victorian society with those less lofty and even today still provides the opportunity for window cleaners, bank workers and taxi drivers to rub shoulders with the game’s greats on the biggest stage imaginable in what is still regarded as the greatest knockout competition in world football.

x
Suggested Searches:
The Sportsman
Manchester United
Liverpool
Manchester City
Premier League
More
football
Why Pep Guardiola's Manchester City Are Not The Best Team In...
Manchester City, now with the talents of Erling Haaland up front, are now arguably a stronger force [ ... ]
football
Tottenham Manager Antonio Conte Is The Defining Factor In Spurs...
Take them one by one, and you might have a fair claim that Chelsea have a better set of players than [ ... ]
football
El Jesseco: Pointless Rivalries Cooked Up Over Nothing
Nottingham Forest host their first Premier League match for the first time in 23 years this afternoon [ ... ]
football
A Lack Of Desire, Organisation And Height: This Is Ten Hag's...
When you thought it couldn’t get worse for Erik ten Hag’s Manchester United, it got worse. [ ... ]
football
Gabriel Jesus Is Arsenal's Front Man With The Golden Touch
In the week the latest episodes of Arsenal: All or Nothing came out depicting the exit of Pierre-Emerick [ ... ]
football
Defeated Everton Need Major Reinforcements To Avoid Premier...
On a stifling hot day at Villa Park, Everton fell to their second successive defeat which leaves them [ ... ]
football
LIVE Blog: Villa Face Everton, City Host Bournemouth + United...
Good afternoon football fans,  We've got plenty of action to look forward to this afternoon [ ... ]
football
David De Gea Has Become Manchester United's Unmentionable Problem...
Manchester United have so many issues at the moment but as they come up against Brentford this weekend, [ ... ]
football
Shunned By Top Six Clubs, But Maybe Not England: The Potter/Howe...
As Graham Potter clapped the visiting fans at Old Trafford after Brighton’s first win away at [ ... ]
football
Steven Gerrard Or Frank Lampard: The Never-Ending Debate Turns...
It was the argument that tarnished England’s Golden Generation for a decade. It should have [ ... ]
football
100 Days To Go Before The World Cup We Never Thought We'd See
In 100 days’ time, the 2022 Fifa World Cup will kick off… we think! After the recent hasty [ ... ]
football
Sergio Gomez: Who Is The Left-Back Closing In On Manchester...
It has been a busy few months at Manchester City this summer. The club have sold a number of players [ ... ]
football
After PSG Approach, Should Marcus Rashford Consider Leaving...
The most appealing thing about Marcus Rashford is the way in which he keeps his roots close to [ ... ]
football
Raheem Sterling Reveals Why He Left Manchester City For Chelsea
Chelsea attacker Raheem Sterling has opened up on the reasons behind his Manchester City exit in the [ ... ]
football
LIVE Transfer News: PSG In Talks For Manchester United's Marcus...
The transfer rumour mill is in full swing, plenty of big stories to keep our eyes on today. One of the [ ... ]
football
How An Australian Influx Has Helped To Transform The Scottish...
Embarking on a life-changing adventure on the other side of the world is a daunting prospect for any [ ... ]
football
The Five Most Transferred-In Players In Fantasy Premier League...
Chances are, if you didn’t have Erling Haaland in your FPL team last weekend, you’ve joined [ ... ]
football
If The EFL Won't Do Something About The Carabao Cup, We're Better...
We need to talk about the Carabao Cup. In a first round slate featuring 16 giant-killings, the elimination [ ... ]
football
Harvey Elliott Handed New Long-Term Contract By Liverpool
Liverpool have handed young midfielder Harvey Elliott a new five-year contract until 2027. The 19-year-old [ ... ]
football
Everton's One That Got Away: Ancelotti Just Keeps Winning Big...
Carlo Ancelotti and Real Madrid have picked up where they left off. A 2-0 win over Eintracht Frankfurt [ ... ]
football
Millie Bright Signs New Three-Year Contract With Chelsea
Millie Bright has signed a new three-year contract with Chelsea that will see the defender’s association [ ... ]
football
Why Manchester United Fans Have Always Been Opposed To The Glazers
Manchester United are a mess, it is clear to see. There have been problems going on in the background [ ... ]
football
LIVE Football News: Frenkie De Jong Transfer Saga continues
Welcome to The Sportsman's LIVE football blog, where we will be bringing you all the biggest news [ ... ]
football
Begging Barcelona's Financial Incompetence Disgraces The Club's...
Ah, FC Barcelona… the club of Lionel Messi and Johan Cruyff, of Hristo Stoichkov and Carles Rexach. [ ... ]
football
Rachel Daly's Move To Aston Villa Can Help Level The WSL Playing...
Fresh off the buzz of England’s Euro 2022 triumph, one of the heroic Lionesses has returned to [ ... ]
football
Shot In The Dark: Manchester United's Doomed Search For A Centre...
Take a piece of paper and write down the names of any striker you can think of. Don’t bother with [ ... ]
football
Shamrock Rovers' European Adventure Will Benefit The FAI's Long-Term...
It was a magical night in Skopje, North Macedonia on Tuesday night for League of Ireland side Shamrock [ ... ]
football
World Cup Set To Start One Day Earlier So Qatar Can Play In...
The men's World Cup in Qatar is set to start one day earlier than planned on Sunday 20 November [ ... ]
football
Who Clocked The Fastest Speed In The Premier League This Weekend?
One week into the Premier League season we have Tottenham Hotspur winning the league, Arsenal back to [ ... ]
football
LIVE Football News: Manchester United Up Their Interest In Cody...
Welcome to The Sportsman's LIVE football blog, where we will be bringing you all the biggest transfer [ ... ]