Football
News
Fabien Barthez: Height Was No Barrier For A Goalkeeper Living Life In The Fast Lane
Jack Kitson
11:18, 28 Jun 2019

The average height of a goalkeeper is approximately 6'2" so at 5'11", Fabien Barthez was not a particularly tall goalkeeper.

In some quarters there’s always been an assumption that goalkeepers have to be tall - after all most are over six foot. But Barthez swatted away that opinion during a trophy-drenched career in which the Frenchman propelled himself to prominence thanks to his lightning reflexes, pin-point timing, cat-like agility, game intelligence, spectacular shot-stopping, and above all his pure unbridled confidence.

In 1993 Barthez, nicknamed Le Divin Chauve (The Divine Bald One), became the first ever goalkeeper to get his gloves on the rebranded Champions League after Marseille shocked AC Milan. It was the first “official” trophy of his career as Marseille would later lose their league title due to their involvement in the domestic match-fixing scandal. Fast-forward to today and, at 5'11", Barthez remains the shortest keeper to win the competition in the Champions League era (Borussia Dortmund’s Stafan Klos was the same height).

At club level, Barthez remained loyal to Marseille and helped the club return to Ligue 1 - they were relegated in 1994 in the aftermath of the aforementioned match-fixing scandal - before later switching to AS Monaco where he added a couple of Ligue 1 titles, and the Trophee des Champions.

Barthez voyaged across the Channel in 2000 for a fee of £7.8 million - a British-record fee for a keeper - after catching the eye of Sir Alex Ferguson, who said at the time: “I'm delighted that Fabien has joined us for apart from his obvious goalkeeping skills, he has the personality to play on the biggest stage.” The Scot wasn’t wrong there. 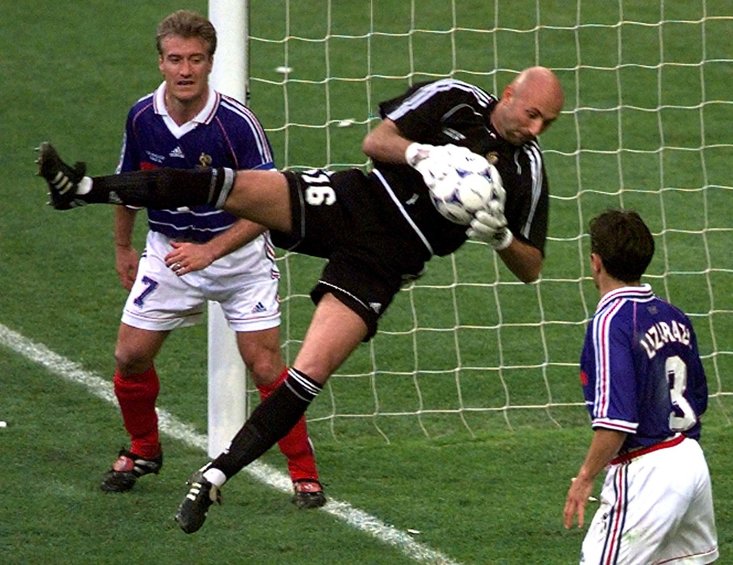 Barthez, one of 13 goalkeepers to win the Premier League, remains the shortest to achieve this feat. In fact, he’s the only goalkeeper under six foot to get his hands on the most coveted trophy in England, a trophy he lifted twice at Manchester Utd where his flamboyant nature cannonballed him to cult status. His exuberance and determination to thrill, saw the keeper frequently tease and taunt the opposition through nifty step-overs and general trickery, but while entertaining he would occasionally cost his side dearly. The two absolute howlers in a Champions League defeat to Deportiva La Coruna a high-profile low point.

Barthez excelled in the psychological side of the game, notably putting off players as they prepared to take penalties by pointing in the direction he believed they would shoot - see video. There was also that infamous incident whereby he attempted to flag Paolo Di Canio for offside as he raced through on goal - although on that occasion he failed miserably.

Barthez would later return to Marseille, but his comeback was marred by a spitting incident which saw him suspended for six months, while he was also caught relieving himself on the pitch during a UEFA Cup clash. He would later have a short-lived stint at Nantes, with whom he quit following an altercation with a fan.

In the international arena, Barthez helped France win the World Cup in 1998. "I will always remember the way he used to joke in match warm-ups. In 1998, before the World Cup final, he just fell down and told me his knee was hurting," revealed former France goalkeeping coach Philippe Bergeroo.

Barthez scooped the European Championship two years later, then the Confederations Cup in 2003, and he finished as a runner-up at the 2006 World Cup. Of the 20 different goalkeepers to win the World Cup, only Italy’s Also Olivieri (1938, 5'10") was smaller than Barthez, who is France's most capped player in the competition, whereas no keeper has kept more clean sheets (10).

It’s the same for European Championship winners, with Czechoslovakia shot-stopper Ivo Viktor (5'9") the only keeper that Barthez doesn’t look up to in the height rankings. Fans will also recall the moment before each France game when defender Laurent Blanc used to pucker up and plant a smacker on Barthez’s head, a ritual they repeated at Manchester United. 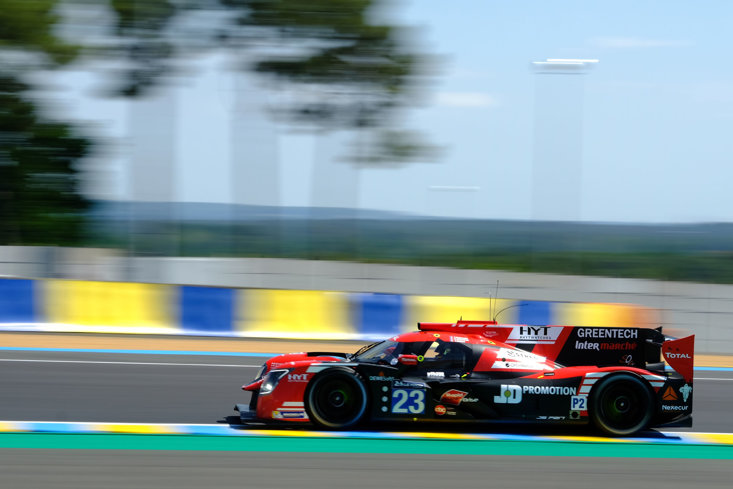 Barthez in action during Le Mans

Off the field, Barthez was once suspended for two months in 1996 after he tested positive for cannabis. The Frenchman was a prolific smoker, while his romantic life often made the headlines. Upon his retirement Barthez, instead of kicking back and putting his feet up, the adrenaline junkie began a career in motorsport in 2008, and come 2013 the Ferrari 458 Italia GT driver had been crowned champion of France’s GT motorsport series, one of the most competitive in Europe. He's also competed in the prestigious endurance race Le Mans on numerous occasions.

Barthez's relative lack of inches was absolutely no barrier with the Frenchman fondly remembered as one of the greatest, most successful, and captivating goalkeepers of his generation.