Fallon Sherrock will return to televised PDC action on Friday night after a year-long wait when she takes on Niels Heinsoe in the Viaplay Nordic Darts Masters in Copenhagen.

Sherrock blasted her way into the headlines when became the first woman to win a match in the PDC World Championship back in December 2019, and her exploits in beating Ted Evetts and Mensur Suljovic led to her being chosen to join the 2020 World Series of Darts.

But Covid-19’s effect on sport meant Sherrock was unable to take part, but she will step to the oche in the first event of the 2021 World Series on Friday looking to make up for last time.

"It's been a while since I was on stage but I'm excited," the 27-year-old has told the PDC. "I've been looking forward to playing in World Series events since last year and it's great to be back playing on stage.

"To play in front of a crowd again will be brilliant. I want to play well and hopefully I can win my first-round game and take it from there game by game."

The first round of the event will see eight PDC stars face off against Nordic and Baltic players, with Danish World Cup rep Heinsoe standing his Sherrock’s way on Friday night in the first of three sessions. 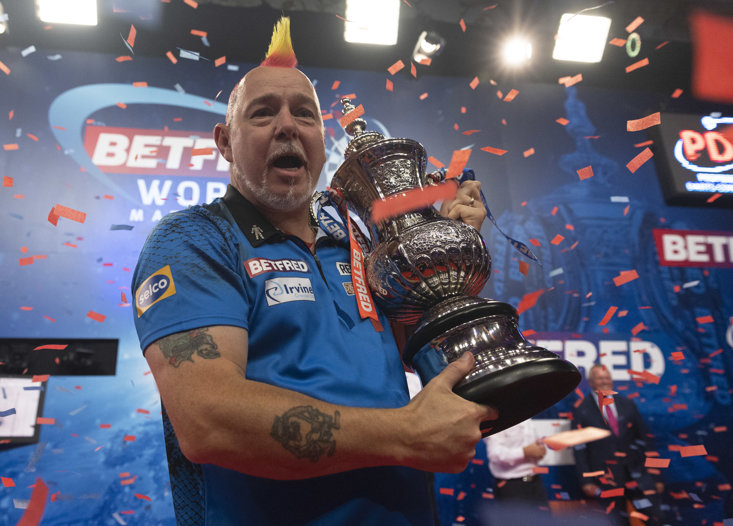 The winner will go on to face either Swedish star Daniel Larsson or world number one Gerwyn Price in Saturday afternoon’s quarter-finals, while Peter Wright, who recently won the World Cup of Darts for Scotland alongside John Henderson, faces Finland’s Marko Kantele in the opening round.

"I'm feeling great after the World Cup and it's my aim to be the first Nordic Darts Masters champion," Wright said.

"We've played in Denmark a couple of times on the European Tour and the crowds were brilliant - I loved it and I'm sure it will be great this weekend.

"It's a region which has really grown in recent years and they've got some fantastic players there now too."

The other ties include a class between world number three Michael van Gerwen and Lithuania’s Darius Labanauskas, with all four quarter-finals taking place on Saturday afternoon before that evening’s session, which includes both the semi-finals and then the final.

ITV4 coverage on Friday September 17 for fans in the UK & Ireland will be from 2115 BST. Play from 1800-2115 BST will be shown for free via PDCTV for registered users. Coverage from 2115 BST onwards will only be via ITV4.