Football
News
Given Derby County's troubles, we may not see this one again for some time
Simon Lillicrap
08:00, 22 Jan 2022

Enjoy it while it is here. This particular East Midlands derby, between two of the most historic clubs in the country, could be the last one we see. Derby’s financial situation, which we discussed here with author Ryan Hills, is now so perilous that the club could go into liquidation in two weeks time. A formal bid has now been submitted by Carlisle Capital, which looks promising, but the Rams are still far from secure financially.

Even in the best case scenario, Wayne Rooney’s side are likely to be relegated this term, which will bring an end to a derby that has been played twice a season since 2008. The familiarity that these two rivals have brought not only to the Championship but to each other, is strangely comforting in an ‘I absolutely hate your guts’ kind of way. It's like that neighbour you cannot stand - if he wasn’t noisily putting the bins out at a ridiculous hour, you’d feel an underlying sense of concern.

For Derby this weekend, they are the ultimate underdogs - in every sense. This season they have defied the odds and their 21 point deduction to drag themselves off the bottom of the table, and without that points deduction, they would be up in 11th place. Quite remarkable for a club that were scrambling around in an attempt to cobble together a side for this season in August.

With a bunch of free transfers, including Phil Jagielka, Curtis Davies and Ravel Morrison, Rooney has worked miracles to put together a competitive side that are now just eight points from safety having won four of their last five league matches. But the club are still facing a mountain of issues to even keep their head above water. 39-year-old Jagielka joined Stoke after the EFL told Derby they couldn’t extend his contract, while Graeme Shinnie joined Wigan this month as the club looked to recoup any money at all, at the expense of losing key players. 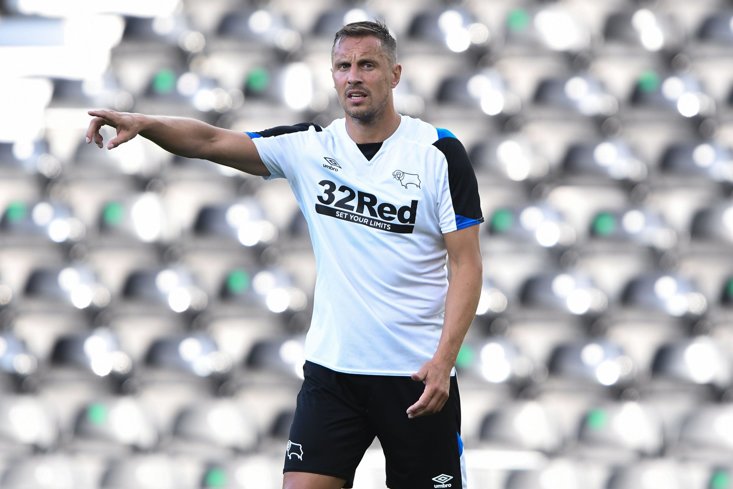 This has weakened Rooney’s hand further ahead of this lunchtime kick-off at the City Ground and things could get worse for the club as more players are ushered towards the exit door. Yet Derby have flourished as the underdogs this term, and this weekend, they will be the biggest underdogs of the lot, playing upon a backdrop of chaos. This group of players have already endeared themselves to the fans with their spirited performances this season, but a win at the home of their fiercest rivals would top the lot, and put their names into the folklore of this famous club.

Steve Cooper’s Nottingham Forest harbour play-off aspirations of their own, having secured an injury time win at Millwall after their FA Cup success over Arsenal, and their form has spiked since the talented Welshman took the reins in September. The last four meetings between these two have ended 1-1 and although a draw would keep the Rams’ unbeaten run going, in a situation such as this one, you have to feel both teams will be going all out to secure a historic win.

It’s one of Britain’s favourite footballing rivalries and one we may not see for some time. So enjoy it while it is here, and take in every moment as Rooney’s Derby side look to upset the applecart once more. If they do go down, or go under, they’ll want to leave a lasting impression on their closest foes.