Unless you've been hiding under a rock, you'll know these two monumental sporting rivals go into battle once again on Saturday, in the Rugby World Cup quarter-final in Oita.

England have a decent record against the Wallabies on the greatest stage of all, from Rob Andrew's match-winning drop goal in 1995, to Jonny Wilkinson's infamous clincher in the 2003 final.

But there's a 1991 final success for Australia to draw inspiration from and, not forgetting, the unprecedented embarrassment that was the pool stage elimination of England with a 33-13 victory at Twickenham four years ago.

Headlines have already been made in the naming of the two squads for Saturday's match-up, with George Ford omitted from the England starting line-up, allowing captain Owen Farrell to switch to fly-half. Meanwhile, 19-year-old Jordan Petaia has been chosen to play at centre for the first time for the Wallabies.

Here's the five key areas where we believe this titanic clash will be won or lost...

England’s defence has been mean and impressive in Japan, conceding just 20 points in three games. In contrast, Australia’s hasn’t been great with 68 points conceded in four games, including 29 in their defeat to Wales.

The Wallabies have some dangerous attacking weapons who can score from anywhere, players like Kurtley Beale, Samu Kerevi and Marika Koroibete. If England can keep them quiet and limit their opportunities, they will go a long way to winning the game.

Historically England have always had the wood over Australia at scrum time. Scrummaging is an art form in the UK, while normally down under it has only been an afterthought.

However, in the past few years the Wallabies’ scrum has improved significantly as coach Michael Cheika has sought to improve it. Australia now holds its own against the best scrums in the world. Whoever is stronger here will be telling. 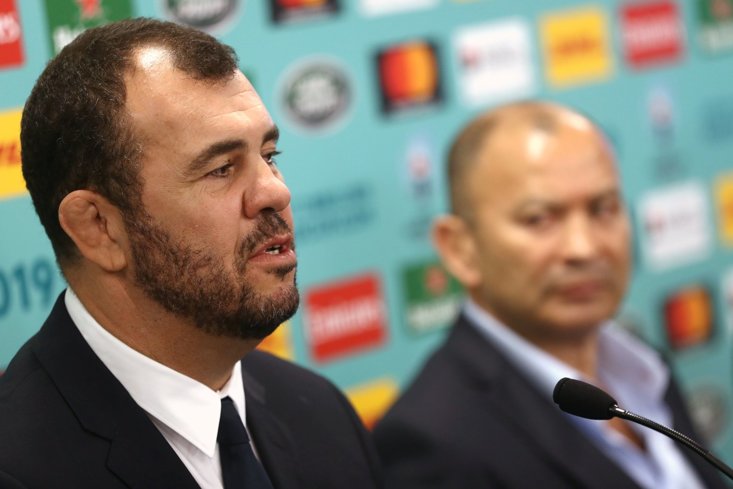 This was where Australia dominated England in the 2015 World Cup, knocking them out of the tournament and ending Stuart Lancaster’s reign as coach. The Wallabies employed David Pocock and Michael Hooper as twin open-sides and they wreaked havoc. Four years on the green and gold have gone for ‘Pooper’ again.

But England have their own flanker freaks in the strong and speedy duo of Sam Underhill and Tom Curry. With the impressive Lewis Ludlam on the bench as well, England have the weapons to slow Australia’s ruck speed down and thwart their attacks.

Every point will be crucial in this knockout game. England will likely kick for goal at every opportunity, so Owen Farrell’s form with the boot will be vital. Wales showed what building an early lead against Australia can do. The goal-kicking of Bernard Foley and Christian Lealiifano is not as reliable as Farrell’s, so England are expected to have the edge in this area.

The two coaches are both Australian and were teammates at famous Sydney club Randwick in the 1980s. Cheika and Eddie Jones have a healthy rivalry, with Jones having the edge over his younger compatriot in results since he took over the England job in 2015.

The pair have traded barbs for several years in the media ahead of England vs Australia clashes and this week has been no different. There is no love lost between the duo as each seeks to led their team to victory.

Jones was sacked by the Australian Rugby Union in 2005 after a run of poor results as Wallabies coach, something he has never forgiven, and the 59-year-old would love nothing more than to get one over his birthplace this weekend.