Football
News
Tomori is the big inclusion after a strong start to the season in Serie A
Simon Lillicrap
14:20, 30 Sep 2021

Fikayo Tomori has been rewarded for his good form in Serie A with a place in the England squad. The 23-year-old has put in some top performances since leaving Chelsea for AC Milan and now finds himself in Gareth Southgate’s squad for the upcoming World Cup qualifiers against Andorra and Hungary.

His Milan side have conceded just three goals in the league so far this term and look as if they can challenge for the title, and although he missed out on the Euro 2020 squad, he has now been rewarded for his efforts.

Ollie Watkins is also in the squad along with Jesse Lingard and Bukayo Saka as attacking options, while Harry Maguire misses out due to injury. Fellow Manchester United man Luke Shaw is involved in the squad despite a slight knock while Arsenal duo Ben White and Emile Smith Rowe are not included, but in-form goalkeeper Aaron Ramsdale is.

Perhaps the most notable absentee is Borussia Dortmund’s Jude Bellingham, but Chelsea’s Mason Mount is included along with Jordan Henderson and the returning Phil Foden, who missed the Euro 2020 final through injury.

Trent Alexander-Arnold’s injury means that he misses out and we won’t be seeing him in midfield again, as Reece James, Kieran Trippier and Kyle Walker are all involved. Given Shaw’s injury, we could well see Saka or Trippier line-up on the left, especially against an Andorra side that should pose little threat.

West Brom goalkeeper Sam Johnstone retains his place despite now playing in the Championship, while Lingard may feel fortunate to be included given his lack of gametime for Manchester United over the opening weeks of this season.

England take on Andorra on Saturday 9th October, before facing Hungary at Wembley on the 12th, with the knowledge that six points should see them safely to Qatar 2022. 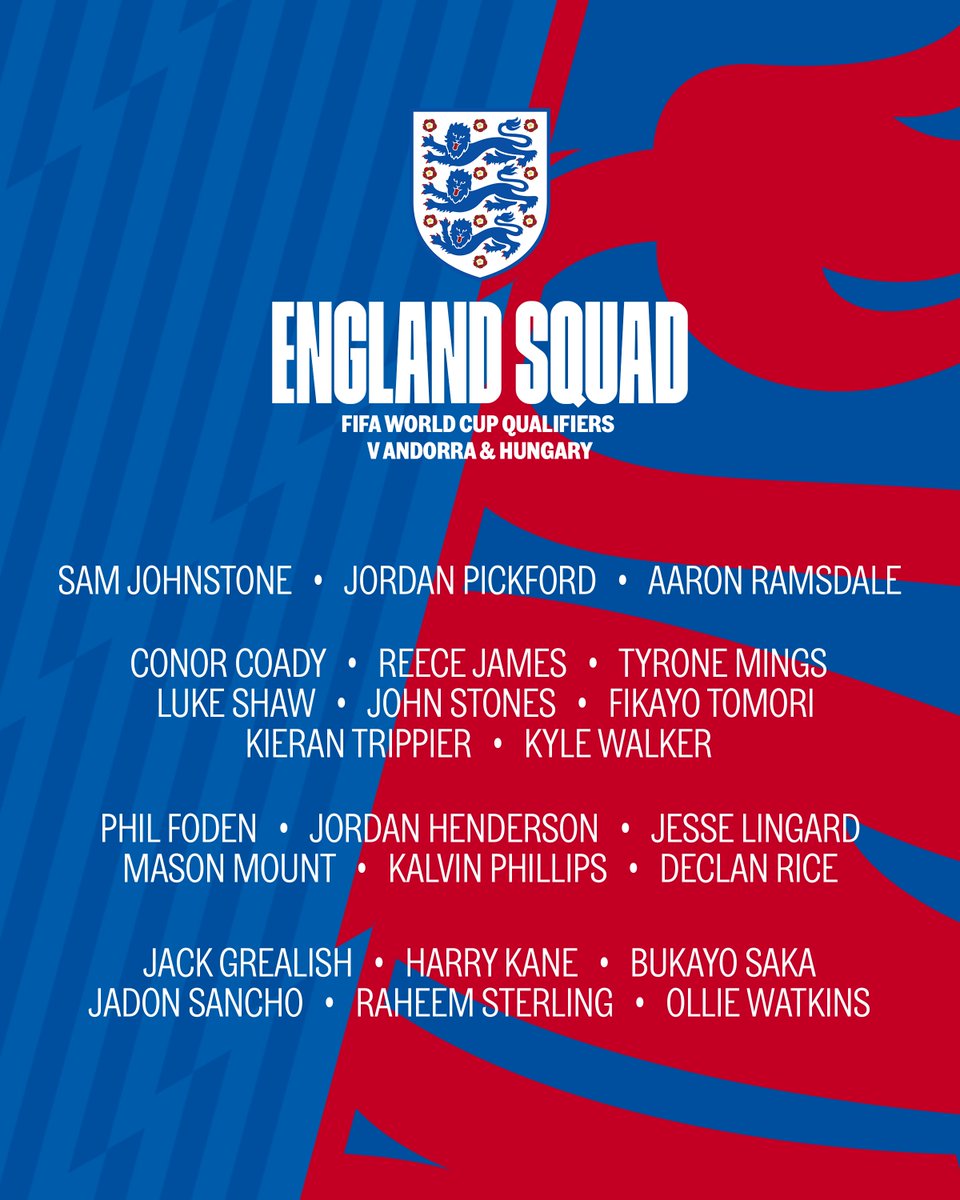