Storm Eunice did her worst across the country today but hopefully we have much calmer conditions tomorrow and we enjoy the final few Cheltenham festival clues this weekend.

It will be testing at Haydock if they go ahead (precautionary inspection 8am) while Ascot and Wincanton (7.30am inspection) also provide top class action and Gowran Park have a couple of sighters for Festival hopefuls.

Not many will get close to challenging Honeysuckle, but TEAHUPOO is a horse who has shown a cracking attitude and deserves a crack at the super mare, provided he passes this test in Ireland first.

His only defeat in five hurdles starts for Gordon Elliott was when giving 3lb to subsequent Grade 1 winner Jeff Kidder at Fairyhouse last Easter having made a mistake at the final flight. He slammed Quilixios on seasonal return at Naas before rallying gamely to get back on top of his old rival at Limerick over Christmas. I was really taken by his attitude and despite second season hurdlers generally struggling at the top level, he is worthy of a ticket to the Champion Hurdle to test his credentials.

The pair race off the same weights here this afternoon and he seems a much neater speedier type than his old adversary who will surely be stepped up in trip soon.

Saldier is stepped back in trip after not fairing so well the last twice, but the Galway Hurdle winner is respected in receipt of 2lb while Darasso, who won this race in 2019, has three lengths to find on Saldier on their Tipperary meeting in October.

Should Haydock get the go ahead, it will be attritional all afternoon, but even more so in the three-and-a-half-mile Grand National Trial. Plenty of the runners have shown their affinity for soft ground and a long trip but rarely are the pair appreciated when combined.

Bristol De Mai loves Haydock as course form figures of 111121P testify while Blaklion won a veteran’s chase over course and distance in deep ground in December, but a 9lb hike seems harsh. Enqarde has gone up 9lb for winning the Tommy Whittle but was beaten fair and square off 5lb lower in this race last year when 4/1f.

We know Secret Reprieve will enjoy the test as a former Welsh National winner who could still have improvement in him and is a worthy favourite while Sam Brown bustled up Royale Pagaille here last month in the Peter Marsh Chase.

THE GALLOPING BEAR though is appropriately named and will still be galloping when others have cried enough. He stayed on relentlessly to win a heavy ground Surrey National at Lingfield over a bit further than this trip and has only been put up 5lb. He easily won a soft ground hunters chase at Fontwell, a very stiff track, this time last year and is unbeaten in six starts (between rules and point-to-points) when the ground is soft or worse. He has three wins form five starts under rules (a bumper defeat and a novice hurdle fall his two losses) and is a very lightly raced 9yo.

The icing on the cake is his yard form. Fledgling trainer Ben Clarke, former assistant to Anthony Honeyball, had a double at Sandown on Thursday and has saddled three winners from his last five runners. This would be a massive breakthrough success and any double figure prices should be taken on The Galloping Bear on Saturday.

A competitive handicap hurdle at Ascot is always a tricky puzzle to solve but I think CHRISTOPHER WOOD may be overpriced on his stable debut for Venetia Williams. The yard is having a fantastic season, saddling its 51st winner in midweek and operating at a 25% strike rate for the campaign. That is bettered in the last fortnight with fourteen of the stable's last 39 runners entering the winners’ circle at 36%. Williams’ runners this week have finished F1P2115131 to continue the hot streak. 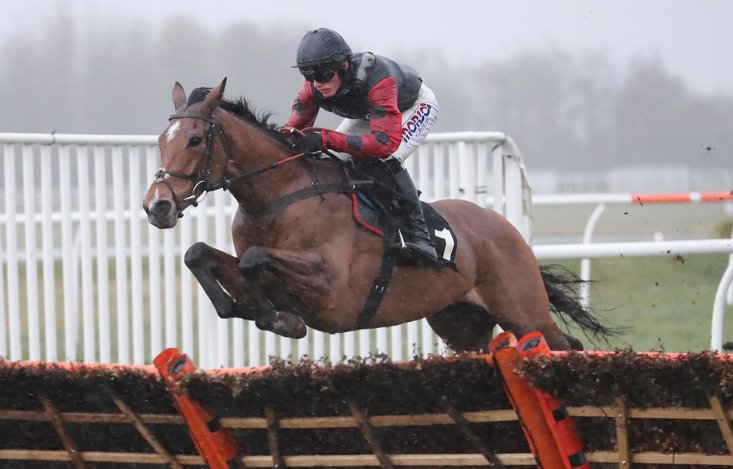 As for her runner here, there is a slight stamina query for Christopher Wood as his best form is over the minimum trip, but there was no disgrace in chasing home Tommy’s Oscar at Musselburgh on New Year's Day. He is 2lb below his last winning mark which came last February, a month he has scored in for the last three years. He is in fact unbeaten in the month of February while jockey Harry Bannister is four from eight for the yard this year.

Favourite Good Risk At All could be absolutely thrown in on his bumper form and has bumped into some useful novices already this year, but his hurdling has left something to be desired and the rest of the field look far from cast iron, so I’m prepared to risk one at a double figure price for a red hot stable.

Just four line up in the Kingwell Hurdle and Goshen bids to retain title after storming to a 22 length victory last year. He looked back to something like his best at Sandown recently but once again he hung up the straight despite putting 15 lengths between himself and some useful rivals and has a serious threat to his crown in ADAGIO.

David Pipe’s runner has been off since finishing second under top weight in the Greatwood Gold Cup in November at Cheltenham, continuing his run of never being out of the top two in seven hurdle starts. They include a win in the G1 Finale Hurdle at Chepstow and second in last year's Triumph Hurdle.

It is always difficult for second season hurdlers as the stats suggest but Adagio has genuine frame claims in the big one next month behind Honeysuckle and can take Goshen’s measure here, especially as the race should be run to suit. Goshen and Llandinabo Lad both like to be on the front end which will allow the selection to travel strongly into the race.

Those tactics would also suit Faivoir who would come into the reckoning should there be serious softening of the ground, but I’m taking ADAGIO to win here and put himself in the Champion Hurdle picture to chase home Honeysuckle.

I hope all eight go in the Ascot Chase as I want to back two outsiders each way.

Fakir D’Oudairies goes for Ireland and his jockey Mark Walsh is red hot right now, winning on seven of his last ten rides. There was no disgrace in Joseph O’Brien’s 7yo being beaten by Allaho at Thurles four weeks ago and he proved at Aintree this is his trip. It is however his first sighter of Ascot and he is short enough at 5/2 in a tight contest where just 10lb separate the eight rivals.

Saint Calvados was third in the King George but was very weary at the line. Of those we have seen since that finished up there at Kempton, both Asterion Forlonge and Clan Des Obeaux have run below par, so it could have been more punishing than first feared.

Fanion D’Estruval didn’t see it out as strongly as hoped over track and trip last time out and is vulnerable while Mister Fisher has failed to finish in three of his last five starts and despite beating last weekend’s Denman Chase winner Eldorado Allen at Kempton last month, he makes too many mistakes for my liking.

Dashel Drasher was a game winner of this race twelve months ago and the Ascot specialist, who is four from five at the course, will likely take them along in front but the two for me at the prices are LOSTINTRANSLATION and TWO FOR GOLD. 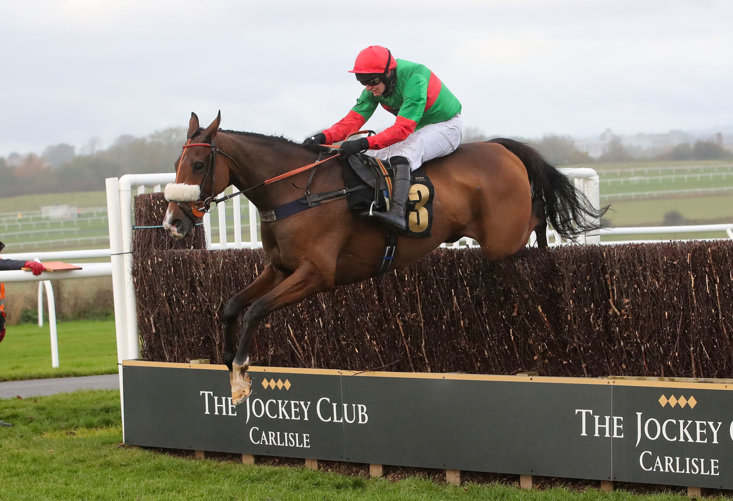 LOSTINTRANSLATION was impressive when winning over track and trip in November when he had Dashel Drasher sixteen lengths behind. If he had come straight here, there is no way he would be twice the price of last year's winner.

He was an also ran once again in the King George, a race he has now flopped in three times but that may be a blessing as he didn’t get embroiled in a strongly run race that as I have mentioned took its toll on those at the business end. He has finished third in a Gold Cup, was rated 7lb higher than Fakir D’Oudairies current mark eighteen months ago and the Tizzard’s horses are going well with five of their last fifteen hitting the post in front. He rates an each way at a double figure price.

Similarly, the case for TWO FOR GOLD is based on price. He is being aimed at the Grand National in April but should this turn into a stamina test, he is best placed to pick up a slice of the place money as arguably the strongest stayer in the line-up.

He showed his stamina and willingness when holding Dashel Drasher at Lingfield last month with Bristol De Mai back in third. He is 6lb worse off and his victim loves Ascot, but he is only having a tenth chase start. It is a first foray into top company and despite being the lowest rated runner, he could certainly bridge the 10lb gap to the favourite, or at least hit the frame and doesn’t deserve to be a 20/1 shot in my opinion.