It’s the final Saturday of racing action for 2021 so hopefully we will find some gifts to send us into the festive season with a heavier pocket.

The action is centred around the Grade 1 Long Walk Hurdle at Ascot which is supported by some terrifically tricky handicaps to solves, while the mud looks set to be flying at Haydock once again where the Tommy Whittle Chase is the highlight and let us not forget some listed action at Lingfield on the all-weather.

A card full of competitive handicaps at Ascot and one of those challenges us at 1.50.

Guy arguably would have won here last month but for an error at the penultimate fence while Palmers Hill will be popular after winning at Wetherby on seasonal debut and represents high profile connections.

I do like DIEGO DU CHARMIL though who looked primed to strike here last time before fading late on. This will be the furthest he has ever gone having been campaigned at the minimum trip but if you stopped the race two out, you would have been hard pressed not to call him the winner. That was a better race than this and the assessor has dropped him a further 3lb. That makes him well treated, is the choice of Harry Cobden and should be on the premises as a course specialist.

There are a few questions surrounding plenty of the runners here, but the unexposed STELLAR MAGIC gets the vote. He beat two useful types quite convincingly at Taunton around this time last year but was pulled up when clearly not running his race at Warwick in February. His absence since helps to explain that effort and he could be very well treated for a Phillip Hobbs yard who have already had a good season to date.

With Soul Emption and Boss Man Fred coming back off long layoffs, Up For Parol looking to bounce back and having a slight stamina question mark despite a point-to-point success, and Hart Of Steel higher in the weights than when a well beaten third last time, it looks left to Mackelduff to offer sternest opposition. He finished third at Cheltenham last time while his previous Aintree win was franked back there last weekend. He gets weight off the field but will need to find a bit more on his Cheltenham effort five weeks ago to score here.

The feature race of the day and it has taken on a new guise with the sad injury to favourite Buzz which rules him out of the contest.

Nicky Henderson still saddles a duo though with the consistent On The Blind Side, who split Thomas Darby and Paisley Park at Newbury, and the enigmatic Champ.

We all know Champ has had his jumping issues, but there is still a hope he could do a Big Bucks and take high rank amongst the staying hurdle division. He won five from seven over timber, and was runner-up twice, including at the top level as a novice. He may come on for the run, but I think he could be a serious threat at the top level in this discipline.

Ronald Pump brings in solid Irish form having chased home Honeysuckle at Fairyhouse last month and was second in the Stayers Hurdle at Cheltenham in 2020.

Phillip Hobbs has sounded a note of caution that Thyme Hill had a hard race in France and is only hopeful he has recovered from those exertions while his conqueror in this last year, Paisley Park, seems to be steadily on the decline. Perhaps Thomas Darby is the safest conveyance, but there are so many questions to answer, a watching brief is advised.

Lots are in with a chance in what looks set to be a gruelling Tommy Whittle Chase this year.

Remastered was certain to be involved in the Ladbrokes Trophy finish and plenty will latch onto his claim for compensation.

Vintage Clouds loves it here with Haydock form figures of 12222F321315 including a third off this mark in 2019 and carries weight well. He is a player while those at a bigger price include Silva Eclipse, who will appreciate the slower ground than that he encountered here last month.

I will take a chance though with ENQARDE for Dr Richard Newland. He was still travelling well in this race last year when coming to grief at the last in the back straight. He also went well when stamina gave out in the Grand National trial here in February before pulling up in the Scottish National on ground that would be too quick. It was an encouraging return at Exeter too when the ground may not have suited and with a further easing from the handicapper, I think he rates a big each way player. 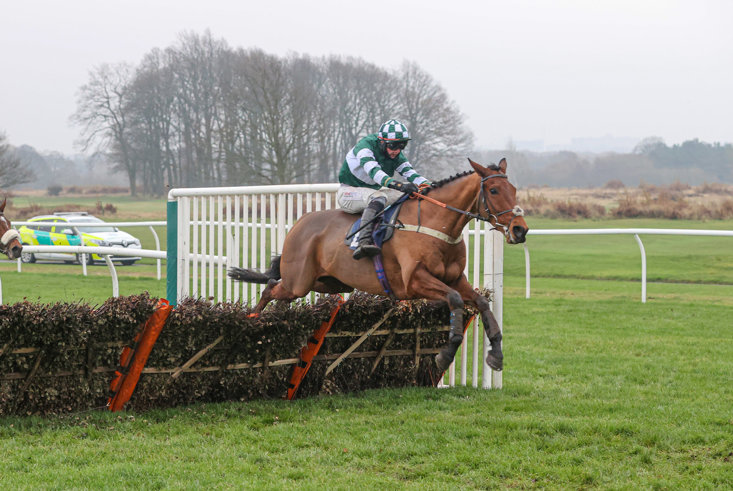 Another wide-open handicap over three miles.

Regal Encore knows every blade of grass around here, having won this race twice before and having his fourteenth run at the royal racetrack.

I like the claims of his owner mate here though, PHOENIX WAY. Although he was well beaten at Newbury, his jumping let him down and I’m hoping the step up in trip will suit as they may go a yard slower which will help him in that department. He won over three miles over hurdles and was quick enough to win a novice over two miles at Warwick on chasing debut last year. If he puts it all together on his second start after a wind operation, he looks overpriced at around 12/1.

Cloth Cap will be aimed at the Grand National again and may need some respite from the handicapper while the form of Balami Des Pictons fourth at Bangor couldn’t be any better. He has had his problems though with plenty of absences and although the Venetia Williams yard is in good form, he is short enough in the betting on the back of one run in almost two years.

Annsam ran a cracker from the front over hurdles at Newbury last time and is a lightly enough raced chaser to still be improving in this sphere.

There looks like there’ll be a very strong pace on here with Global Citizen, Llandinabo Lad and Onemorefortheroad all front runners, while Goshen and No Ordinary Joe usually very prominent.

No Ordinary Joe pulled like a train for the majority of the Greatwood Hurdle and is now 4lb better off with West Cork for a less than three length beating. That was the winners first start for over eighteen months though and I suspect there is little to separate this pair. The strong pace should help No Ordinary Joe settle better.

Irish Raider Drop The Anchor won at the Dublin Racing festival in February, was a good third on the flat behind Jesse Evans at Navan two months ago and has the excellent Simon Torres claiming a handy 3lb.

I will take a chance on last year's fourth BENSON. He was sent off the 5/1jf in this race twelve months ago when looking for a four-timer. It’s a very different preparation this time, but he caught the eye at Sandown when a mistake at the last didn’t help his cause. It all means he returns here 4lb lower, the visor goes on for the first time and with extra places up for grabs, a double figure price looks well worth taking.

He is 13lb better off for eleven lengths with his Sandown conqueror Samarrive. Paul Nicholls’ lightly raced four-year-old bolted up in that contest but the 11lb hike asks a big question here and BENSON would have been a lot closer but for that last flight error.