It's 13 May 2007, Old Trafford is the setting for the final day of the season clash between Manchester United and West Ham United. The Hammers simply have to win at the home of the champions to maintain their Premier League status and are in desperate need of a hero.

It is Argentine striker Carlos Tevez who stepped up on the day to be West Ham’s knight in claret and blue as they snatch a crucial 1-0 victory to keep them in the top-flight. After a fortunate touch in the United area, Tevez bullies his way through and manages to get his shot through goalkeeper Edwin van der Sar to send the away end into pandemonium. In what turned out to be his final league outing for West Ham, it was not his last at the Theatre of Dreams.

Impressed by the forward’s late season form to inspire the east London outfit to safety, Sir Alex Ferguson sanctioned a deal to bring Tevez to United that summer. It was believed to be a two-year loan following his release by West Ham after receiving a £2million settlement from Tevez’s agent Kia Joorabchian. The two-year lease to United is regarded as one of the most bizarre transfers in history, certainly unheard of at the time. There was a lot of controversy surrounding the player, not only for his move to United but for his role in seeing Sheffield United relegated from the Premier League.

A month before the end of the 2006-07 season, West Ham were fined a record £5.5million for the signings of Tevez and his compatriot Javier Mascherano, who were found to be partially owned by businessman Joorabchian’s company, Media Sports Investment. There was no points deduction which angered everyone connected with the Blades at the end of the season as it was them consigned to the Championship. Their protests to the Premier League were waved away but after two years, an out-of-court settlement was reached with West Ham, and Sheffield United were paid a sum of £20million, spread across five seasons as compensation for their unfair relegation.

After the drama to make Tevez available to move to United, Ferguson stated that the reason the club did not sign him permanently was because he told them he planned to retire in 2013, which in hindsight was a complete load of rubbish. After a bright start to the season with the Red Devils, Ferguson expressed his desire to make Tevez’s stay at the club permanent. “He’ll get me 15 goals this season, and what’s more, they’ll be important goals,” he said. 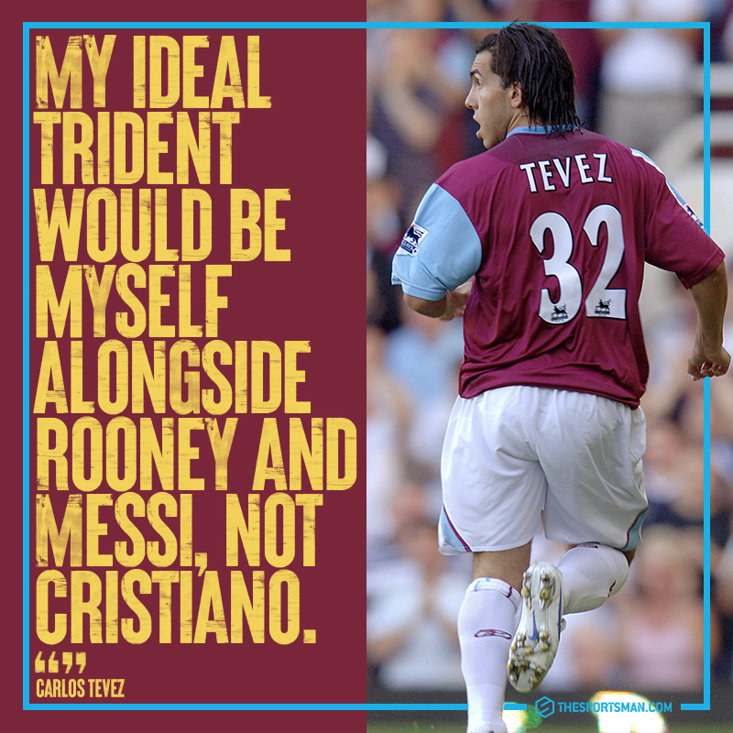 The South American played his part in helping the club achieve another two Premier League title wins, three back-to-back including the season before, and he contributed 14 goals and six assists in his debut season in Manchester. The club were also crowned UEFA Champions League winners in his first season and he provided five goals for his side on the way to the final and he scored the opening spot-kick in final’s penalty shoot-out against Chelsea. He looked to be the greatest lease of all-time.

However, all good things come to an end and he couldn’t quite reach the same level that he reached the season before when 2008-09 came around. He could only muster up five Premier League goals, even though United retained their title, and his lack of goals saw him and his spell at the club ended at the conclusion of the season. His final appearance came in the Champions League final against Barcelona, where he came off the bench in the second-half but failed to make an impact as they fell to a 2-0 defeat in Rome.

His reputation with the club went down the drain as he immediately joined rivals Manchester City and he made it clear that he was vocal in the fact that he and Ferguson did not get on.

Two of his former clubs meet this weekend and while he may not have been the most popular player to don the famous Red Devils shirt and caused West Ham plenty of legal trouble off the pitch, he remains an important part of the history of both clubs.

West Ham are 18/5 to win this weekend with Betfred, while Ole Gunnar Solskjaer's Man United are favourites at 4/5. The draw can be backed at 3/1.