Us Sports
News
Here's what you might have missed on the gridiron as the countdown to the new season begins
Sam Penfold
13:05, 06 Aug 2022

Oh babyyyy, the 172 day wait for NFL football officially ended on Thursday as pre-season finally kicked off in Canton, Ohio. The new campaign brings the opportunity for new expectations, new highs, new lows, broken records, the creation of Super Bowl dreams and for 31 of 32 teams, crushing devastation when you realise it’s not your team's year.

The first preseason fixture took place last night as the Las Vegas Raiders took on the Jacksonville Jaguars with the Raiders emerging 27-11 victors.

In the weeks building up to the regular season we’ll be doing a wrap up of five stories across the NFL, both on and off the field. Without further adieu let's get started…

The cloud hovering over Deshaun Watson’s future in the NFL appeared to be blowing over with no more than a light shower after reports broke that he would receive just a six game ban. For someone who has been accused of sexual misconduct by 24 different woman, a ban that results in 0.2 games missed per count felt disgracefully and disrepectful small and it appears NFL commissioner Roger Goodell holds the same opinion. The latest reports are that the ban will be appealed as they look to make it indefinite on the grounds that he violated the league’s personal conduct policy.

The Miami Dolphins find themselves down a 2023 first round and a 2024 fourth round draft pick while their owner, Stephen Ross, is out of pocket $1.5million after the NFL fined Ross and his franchise for approaching quarterback Tom Brady while he was still at New England, as well as Super bowl-winning coach Sean Payton during his time at New Orleans Saints.

Roger Goodell, the NFL commissioner had this to say on the matter: “The investigators found tampering violations of unprecedented scope and severity. I know of no prior instance of a team violating the prohibition on tampering with both a head coach and star player, to the potential detriment of multiple other clubs, over a period of several years. Similarly, I know of no prior instance in which ownership was so directly involved in the violations.” 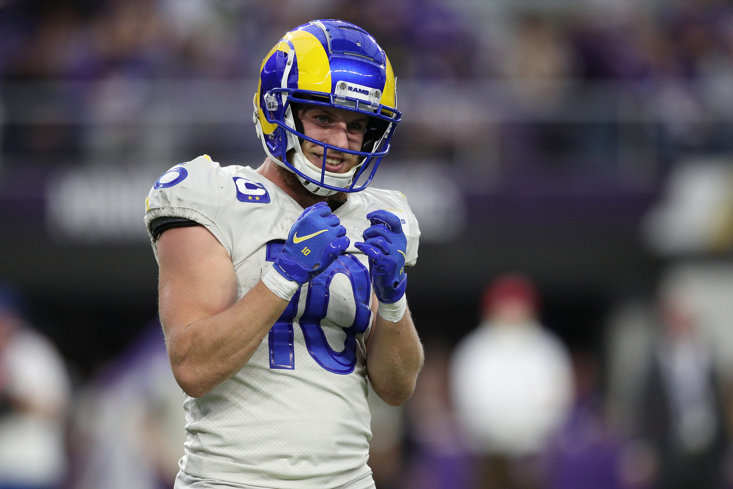 Los Angeles Rams receiver Cooper Kupp was impressed with Justin Jefferson’s confidence and self-belief following the Vikings receiver’s declaration that after this season he would be “the best receiver in the NFL”.

"I think that's the beauty of this game. I think it speaks to the competitiveness of this league. If you're not putting yourself as the best and you're not working to be the best, then I'd be concerned about stepping on the field with you if you don't feel like you've prepared to be the best player that you can be."

Matthew Stafford suffering from ‘throwers elbow’ ahead of new campaign

Reports coming out of the Los Angeles Rams camp indicate that their Super Bowl winning quarterback, Matthew Stafford, is managing an ongoing issue of ‘bad tendonitis’, otherwise known as thrower’s elbow. Having been struggling with it since the spring, this injury could prove to be a significant issue for the Rams if Stafford is unable to shake it off ahead of the new season. The Rams host the Buffalo Bills on September 8th in the opening game.

Diontae Johnson and the Pittsburgh Steelers have reached an agreement on a contract extension worth $36.71 million, with $27 million guaranteed. Johnson had a much improved year in 2021, with 107 catches, 1,161 receiving yards and eight touchdown catches. He becomes the latest receiver to be given a new contract with 49ers’ Deebo Samuel and Seattle’s DK Metcalf both signing new deals in the last week.