Sports
News
Everyone from The Rock to Rodman have their own alcohol ranges
Kieran Spratt
09:00, 16 Jun 2020

Father’s Day is less than a week away and many, if not all of us, are still scratching our heads on what to get to thank our Dads for the years of pain and misery brought upon them for raising us for the last however many years. Alcohol, of course, is the classic go-to gift for any occasion, not just Father’s Day, but Christmas, birthdays, anniversaries, Pancake day - if there’s an occasion to celebrate, alcohol is usually a fitting accompaniment.

So why not treat your Dad to one of these bottles of booze, brought to you by some of the most famous athletes across the planet... 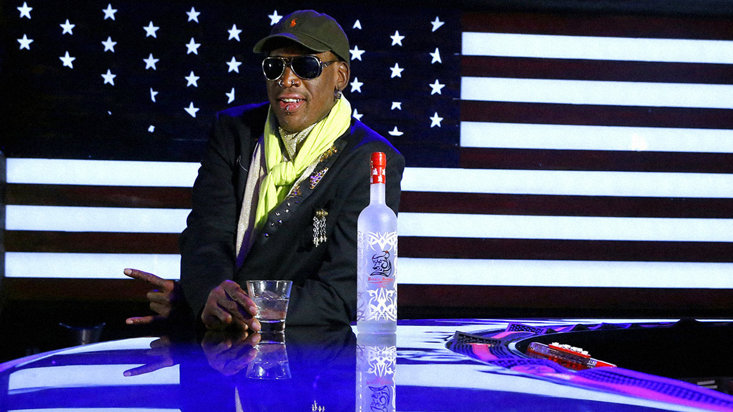 Even those unaccustomed to the world of the NBA are likely very aware of who Dennis Rodman is. Whether that’s as basketball’s wild child of the 90s, as Madonna and Carmen Electra’s wacky-haired ex or as a chum of North Korea’s Supreme Leader, Kim Jong-Un.

Unsurprisingly, the infamous party animal also has a line of vodka. Rodman’s Bad Ass Vodka has been distilled six times and according to the product’s description, “With Dennis Rodman being the perfect representative for a wild night out and a great party, our Vodka makes sure you won’t be disappointed when you’re living it up!” 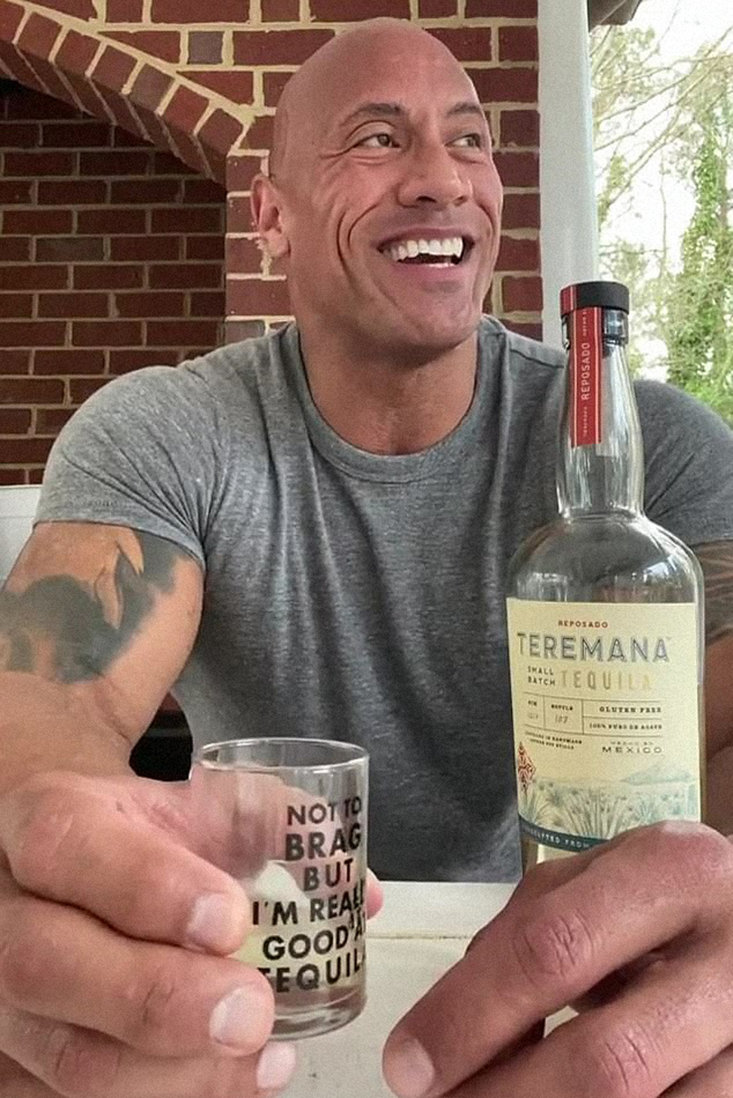 Unless you’ve been living under an actual rock for the last decade, you’ll probably be very aware that Dwayne ’The Rock’ Johnson is one of, if not the, biggest names on the planet and when he puts his name to something you better believe it’ll be good.

Step forward, Teremana, a new brand of tequila with Johnson’s name on. Crafted amidst the highest peaks of the Jalisco Highlands in Mexico, Teremana’s goal is simple; to create a high quality, responsibly sourced tequila that brings people together. They’ve certainly succeeded in that. 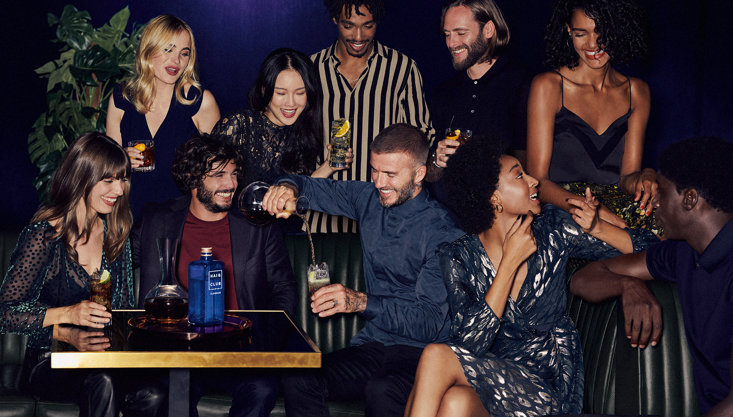 Smooth, sophisticated and stylish... no, it’s not David Beckham, but the Haig Club whisky (It’s Scottish, so no ‘e’ in whisky this time grammar fans) he’s been the face of since 2014.

Founded in 1824, Haig Club, in its distinctive square blue bottle, is believed to be one of the oldest whiskies in the world. A versatile and easy drinking single grain scotch whisky, this one’s perfect for whiskey newcomers. 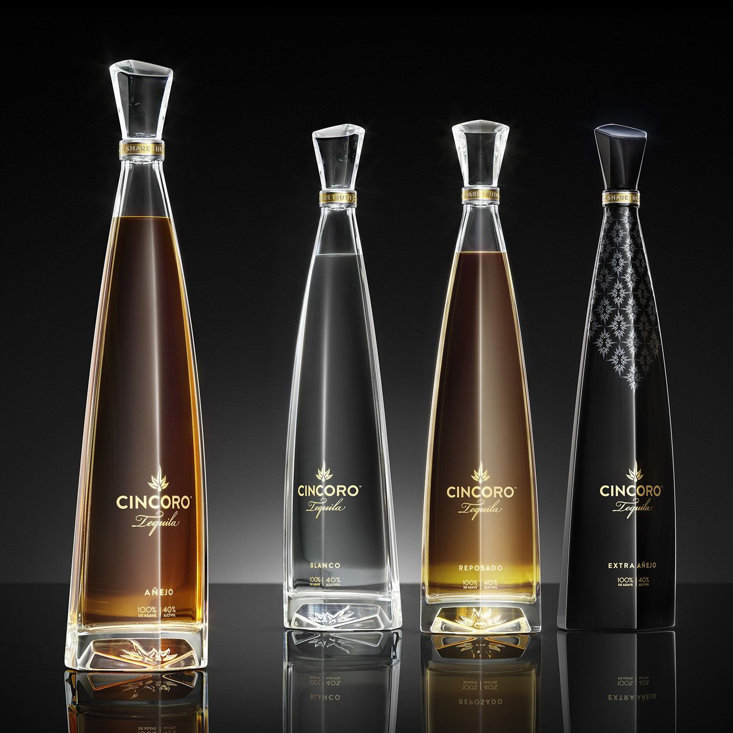 Launched by basketball great Michael Jordan and four other NBA owners, Cincoro is as premium a tequila as you can get. This beauty was apparently conceived when Jordan and the four owners met for lunch in July 2016 and bonded over their love of tequila and thus decided to start a company inspired by their passion.

Cincoro is a naturally rich and delicious tequila with an ultra smooth and long luxurious finish. You’ll have to dig deep into your pockets for this sort of quality however - even for a premium tequila, it’s pricey. Jordan’s favourite in the line, Cincoro’s Extra Añjeo is priced at a whopping $1,600 a bottle. 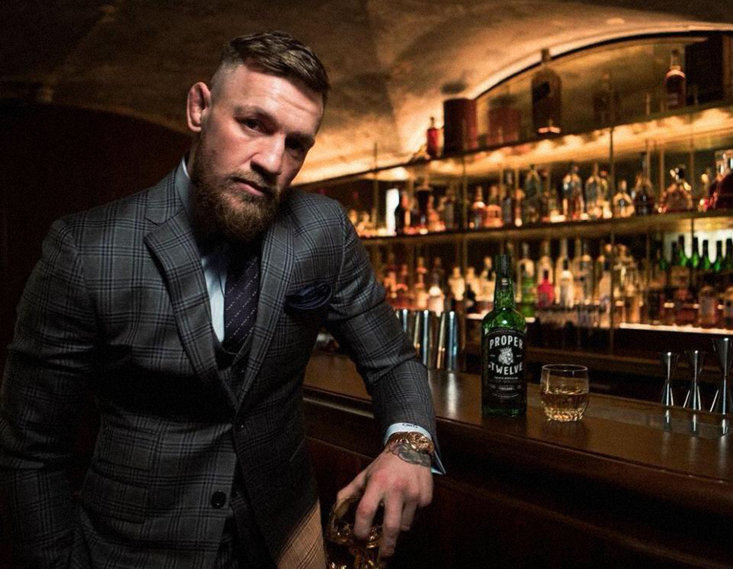 Like the UFC star who endorses it, Proper Twelve has skyrocketed in notoriety over the last year or so. Admittedly, McGregor’s own behaviour when selling the product has, for better or worse, had some impact on the brand’s rise (We can’t stress this enough - do not turn down a shot of this whiskey if Conor offers you one).

Proper No. Twelve’s Triple Distilled Irish Whiskey is an ultra-smooth blend of golden grain and single malt with hints of vanilla, honey and toasted wood for a rich complexity. It pays homage to McGregor’s neighbourhood of Crumlin, Dublin 12.