When Max Verstappen and Lewis Hamilton see the lights go out in Abu Dhabi on Sunday, they be level on points. Heading into the final Grand Prix of a season, this is almost a unique winner takes all scenario, with the entire season coming down to just two hours of racing at the spectacular Yas Marina circuit. But we have seen title deciders come down to the final race before, and in the build-up to what could be the most spectacular of the lot, take a look back at some of the very best.

The fact Niki Lauda was even in contention for the title in 1976 was a miracle after his fiery crash at the German Grand Prix but he not only survived but missed just two rounds of racing before rejoining the action. He may have been bandaged up on his return but he managed to lead the championship by three points heading into the finale in Japan.

Title rival James Hunt qualified in second with Lauda in third, a result that would have given the Austrian the title by a point, chaotic wet conditions in Fuji caused chaos on race day. Hunt took the lead from the start but the race between the two contenders ended on lap two as Lauda retired with two other drivers, claiming it was too dangerous to continue.

However, the race did continue and Hunt slipped down to fifth with just a few laps remaining, a result that would have only seen him pick up two points back in the day where only the top six were awarded points. However, with two laps to go, he passed both Alan Jones and Clay Regazzoni to secure the third place he needed to win the title - by just one point. 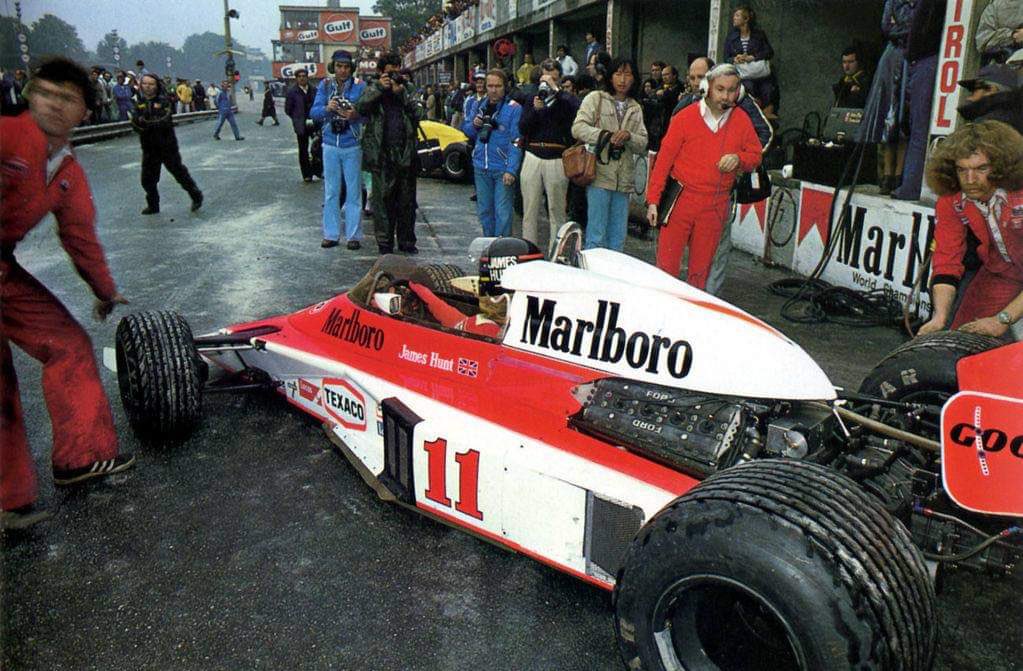 Heartbreak for Mansell in Australia (1986)

To this day this is probably the most dramatic final race day we have ever seen. Alain Prost, Nigel Mansell, and Nelson Piquet all had a chance of winning the title when the race got underway but it was certainly Mansell’s to lose, as he held a six and seven point lead over his two rivals respectively.

The lead changed place several times in the opening few laps as Prost, Piquet and Senna battled it out for the lead but with 63 laps gone, Mansell was still in control and on course for the title. However, disaster unfolded as he suffered a huge rear puncture that ended his race, and his hopes for the championship.

He managed to control the car and avoid hitting any walls, but was told later that if he had left debris on the track it would have likely caused a red flag, and he would have been crowned world champion given two thirds of the race had already taken place. As it was, Prost held off Piquet to win both the race and the world championship.

Perhaps the most controversial of the lot. After a tragic year saw us lose both Ayrton Senna and Roland Ratzenberger, the title race also went to the final race in Australia. Schumacher had won six of the first seven races and looked on course to win the title at a canter, but a terrific second half of the season saw Hill reduced the gap to just one point by the time the final Grand Prix came around.

With Schumacher leading, he ran wide on a corner and scraped the wall given Hill the chance to pass on the next corner but Schumacher seemingly turned into his title rival as the pair collided. The German was down and out and even though Hill’s team attempted to repair his car in the pits, it was game over. Schumacher won his first world title in a Benetton, in a race that we absolutely do not want to see a repeat of this weekend.

Hamilton loses it in debut season (2007)

Hamilton snatches victory from the jaws of defeat (2008)

If Hamilton was heartbroken given what had happened a year before, he was determined to make amends in 2008. In Brazil, home favourite Felipe Massa thought he had done enough by winning the race to send the home fans, and his own pit garage absolutely wild, but Hamilton, who looked as if he had blown it, was given the luck he needed.

Needing to finish fifth, Timo Glock who had stayed out on dry tyres in the rain, faded away and Hamilton was able to get past on the final corner to secure the spot he needed to win his very first world championship, but just one point. You have to feel sorry for Massa in Sao Paulo, but this was the win that started an unprecedented era of success for Hamilton.