Football
News
There have been plenty of excellent performers across the tournament
Conor Keane
13:05, 30 Jul 2022

Excitement in England is brimming as the Lionesses eagerly await their Euro 2022 final against Germany at Wembley Stadium on Sunday. Sarina Wiegman’s players are on the cusp of creating an immeasurable legacy for women’s football in this country and regardless of the result they have been the perfect role models for young fans across the UK.

The whole tournament has been a positive experience and has delivered some excellent football, hopefully changing some old-fashioned mindsets regarding the women’s game. Some stars have stood out more than others and as we near the tournament’s conclusion, it is time to unveil who we think the best 11 players have been over the last few weeks.

Austria largely had their shot-stopper to thank to see them reach the knockout stages, conceding just one goal in the group stage, which was against England. Austria may have been eliminated in the quarter-finals by finalists Germany, but Zinsberger exited the tournament having only conceded three times.

Lucy Bronze has been one of England’s strongest and most consistent players for years and that has carried on at Euro 22. She has tormented defences with her threatening overlapping runs down the right-hand side and her ability to deliver an inviting cross or a defence-splitting pass is renowned. And let’s not forget her delightful header to double England’s lead against Sweden in the semi-final. 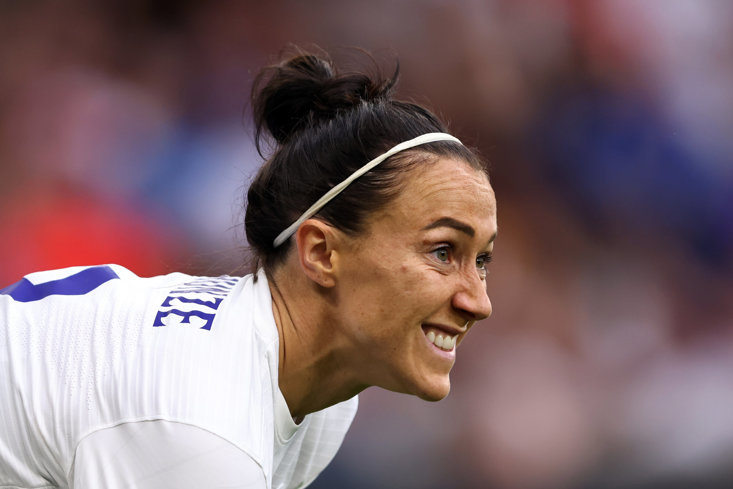 When you consider Marina Hegering had very limited playing time in the 2021-22 season, making just 12 appearances in all competitions for Wolfsburg, her commanding performances in Germany’s route to the final have been exceptional. The 32-year-old has been solid when required and also very composed in possession.

Speaking of solidity and composure, Millie Bright has been just that for the Lionesses. Not only has she been brilliant in shutting attacks down but she has then shown her excellent passing ability with some long-range deliveries to help set her attacking teammates down the other end.

The French star has consistently shown all the desired qualities of a modern wing-back during Les Bleues’ run to the semi-finals. She was aggressive, dynamic and intelligent in and out of possession.

20-year-old Lena Oberdorf has been outstanding throughout the tournament in the heart of Germany’s midfield. One of her most eye-catching performances was against Austria in the quarter-final where she was involved in almost everything. And she has continued to shine for her side as they prepare for Sunday’s gripping showpiece.

Grace Geyoro has been one of the surprising prolific scorers of the tournament and, to make it even more special, from defensive midfield. In the five matches she played she contributed three goals and, combined with her overall tenacious play in the middle of the pitch, she was instrumental in her side reaching the semi-finals. 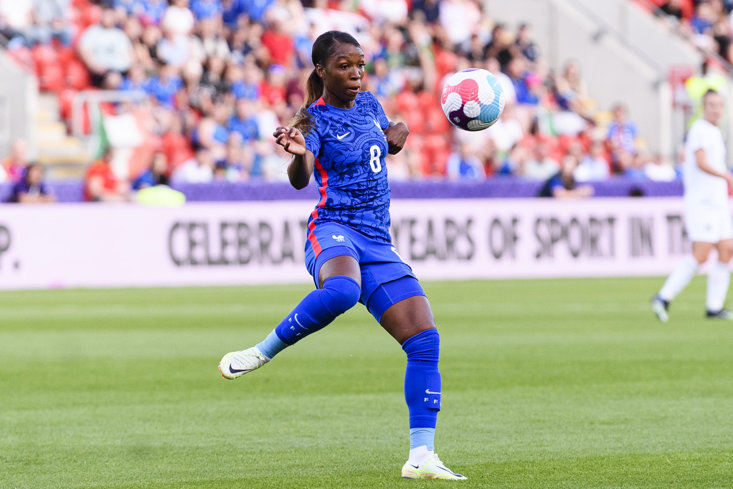 Currently England’s best chance of claiming the Golden Boot, the Arsenal star has been exceptional as the Lionesses have united the nation. She has 10 goal involvements (six goals and four assists) and we are still watching back her brilliant touch, turn and finish from the semi-final which demonstrated tremendous skill.

While Lauren Hemp doesn’t have many goal contributions to her name, she has been right a the heart of all the positive things surrounding the Lionesses' dream run to the final.

The German striker is Mead’s main rival to finish the tournament as the top goalscorer as she also holds a tally of six. The forward is making her mark on the Euros having missed the 2013 and 2017 editions, and she has played her part to perfection in helping the record champions reach a ninth final.

Russo has dominated social media over the last few days thanks to her mesmerising backheel finish against Sweden in the semi-final, along with people calling on Wiegman to break the consistent lineup trend and have the attacker start in place of record goalscorer Ellen White. Russo is still within a shout of claiming the Golden Boot herself with four goals in total.