The off-season is never fun, it feels like a long time since we wrapped up the 2021 season, and it felt even longer this year, knowing that we should have had a Rugby League World Cup to be getting stuck into...

Nevertheless, the new campaign is just around the corner, and with the Betfred Challenge Cup draw set in stone, we can look forward to having the greatest game on earth back in our lives in just a couple of weeks time.

Last year brought us so much, especially with the strange, but added bonus of fans returning the terraces, and despite a few bumps in the road, it feels like rugby league is standing on the precipice of real tangible progress, poised for an explosion of expansion and drama in 2022.

The schedule is stacked, the rosters are loaded with talent from all over the world, so here’s our top five things to look forward to in 2022.

Women’s Rugby League made huge strides in the country since the reorganisation of the game, and the birth of the Women’s Super League in 2017, leading up to the first ever televised Women’s Grand Final in 2019. Then Covid came along… 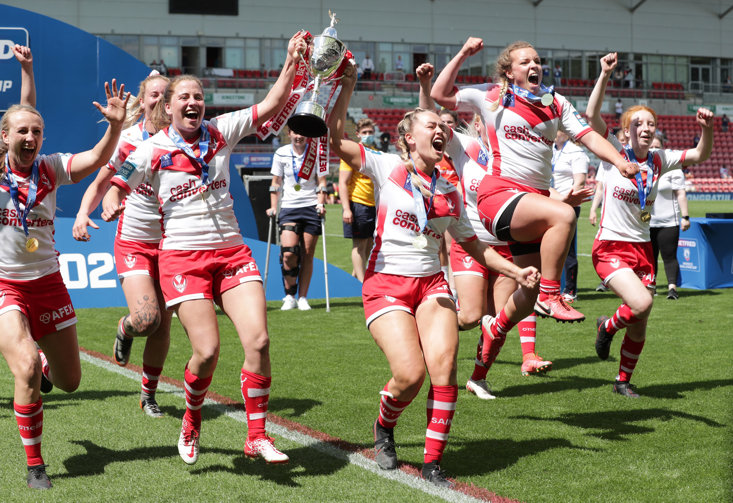 With the 2020 season written off before it began, there was genuine concern that all that momentum would be lost, and the game would regress. That couldn’t be further from what actually happened. Despite St Helens dominance in 2021, the standard across the Betfred Women’s Super League has never been higher, with Leeds Rhinos, and now York City Knights, hot on their heels.

Saints are the obvious favourites to win the lot again, looking to build on the ridiculous standards they set themselves last year, but it will be harder than ever in the best and most exciting women’s rugby league competition we’ve ever seen. Barrow Raiders and Leigh Miners will also join the league in 2022, meaning that there has been a 200% increase in clubs playing at the highest level since its inception in 2017.

It’s not just on the field that is seeing massive progress either. Leeds Rhinos have confirmed that they will be playing their games out of Headingley Stadium in 2022, and York have announced their intentions to play regular double headers with the men’s side at the impressive new LNER Stadium.

With a World Cup on the horizon, and weekly highlights shows being aired on Sky Sports, we look set for another breakout year for Women’s Rugby League in this country. Long may it continue.

There’s never been a better time to be a Rugby League fan who also owns a TV.

Alongside Sky’s usual extensive coverage of the Betfred Super League, and the BBC’s Challenge Cup offering, two more broadcasters have joined the party in 2022 in the form of Channel 4 and Premier Sports. 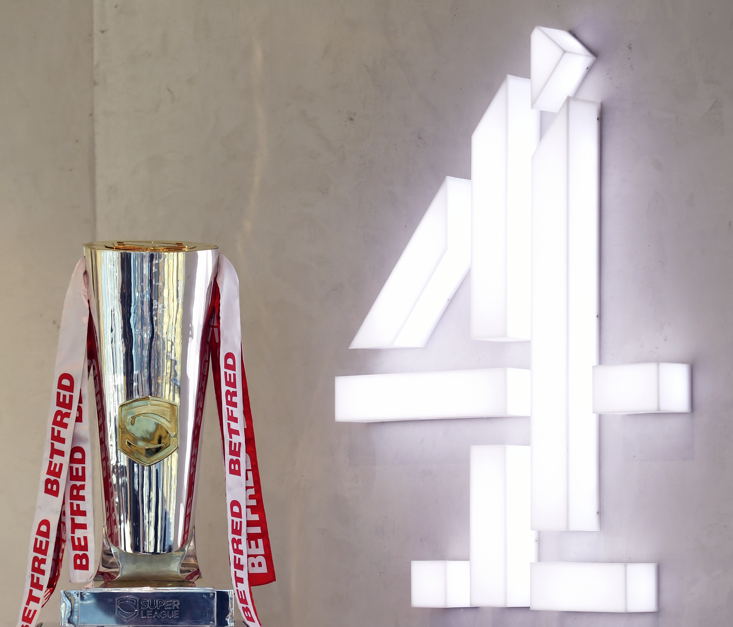 For the first time ever, the Betfred Super League will be available free to view, with Channel 4 showing 10 games through the season, including two semi-finals. The broadcasting giants have committed to a two year deal, and rumours are circulating of some exciting names fronting up the coverage. With the games set to be played in the prime Saturday lunchtime slot, this deal could be huge for bringing Rugby League to a new audience like never before.

In addition to that, Premier Sports have become the official broadcaster of the Betfred Championship, and will show one game a week, on Monday nights, meaning that there will now be live rugby league available to watch for five days out of seven on most weeks.

Keep your eyes peeled as well, we’re hearing there could be more announcements on the way…

History will be made in 2022 with the first ever Betfred Super League French derby, between Catalans Dragons and Toulouse Olympique taking place on April 14th.

2021 was a vintage year for the 13 aside game in France with both clubs finishing top of their respective leagues, and Catalans pushing St Helens all the way in the Grand Final at Old Trafford. Toulouse’s success in the Betfred Championship earnt them promotion to the top table, and the two all-French affairs on the menu look set to bring an explosion of colour, passion and flair to the Betfred Super League in 2022.

There are still rumours swilling round that one of the games could be set to take place at the iconic Stade Velodrome in Marseille, proving more than ever that after years of steady progress, rugby league is starting to make its presence known in a big way in France.

A quick scan of the history books will tell you that French Rugby League has taken hammer blows from rugby union and Nazi sympathising governments, so when the two sides step out to face off in Super League, it will be another two fingers put up to those who would rather the sport had been resigned to legend.

There’s a new stadium for rugby league fans to tick off their list in 2022, as for one year only, the Betfred Challenge Cup Final rolls into north London and the Tottenham Hotspur Stadium. 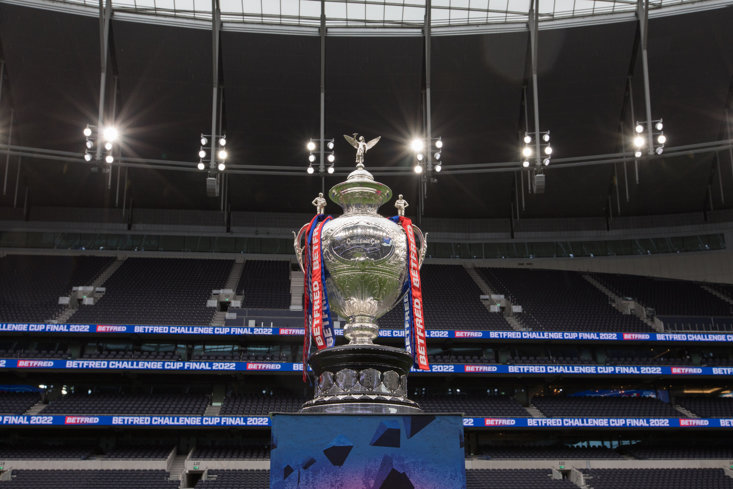 The 2021 instalment was an absolute classic in front of a restricted crowd of 40,000, so here’s hoping we get another game of the highest standard, fitting of one of the best new venues in world sport.

Fans were denied the chance to see England take on Australia at Spurs’ new home in 2020, so no doubt there will be plenty of fans from across the game, keen to see history made in the final of the oldest and most famous rugby competition in the world.

There are some that will tell you that the NRL is the pinnacle of Rugby League Football. They are wrong. The Rugby League World Cup will finally take place this year in England, and it’s set to be the best ever.

The tournament has been pushed back to 2022, but Jon Dutton and his team have done an outstanding job in rescheduling the games, and keeping almost all the original venues on the cards.

Perhaps the most exciting part of this year's instalment of the World Cup is that we are getting three tournaments for the price of one. For the first time ever, the men’s competition will be joined by the best Women’s and Wheelchair players in the world, with all three finals taking place across one weekend in Manchester. 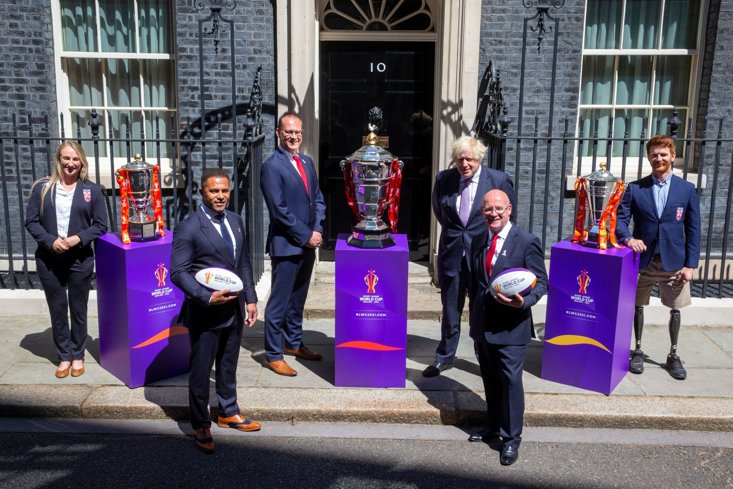 The 2013 World Cup, the last time the competition was held on these shores, was a real high watermark for the sport, so the excitement this time around is palpable. Australia will bring their usual array of talent, Tonga come over with a genuine chance of lifting the men’s trophy, and there’s tournament debuts for the likes of Greece, Jamaica, Norway Wheelchair and the Brazilian Women’s team.

From the rugby league purists to the Treizista hipsters, RLWC2021 has something for everyone.

Stay up to date with everything from the world of rugby league with our weekly show The Last Tackle, coming exclusively to The Sportsman from January