Christmas is coming and you’re thinking of what to get a man who already has everything. Your dad plays golf but already boasts a stunning array of clubs, he loves five-a-side and has his team’s latest replica shirt and he cycles twice a week but he’s already got all the gear - even if he has no idea.

So what to do? Well, while he frequents the green from time to time and goes to the match every other week (pre-covid at least, anyway), we bet he enjoys a trip to the pub too, so how about a tipple with a sporting and cultural twist? Here are the best boozy gifts for the old man during the festive period... 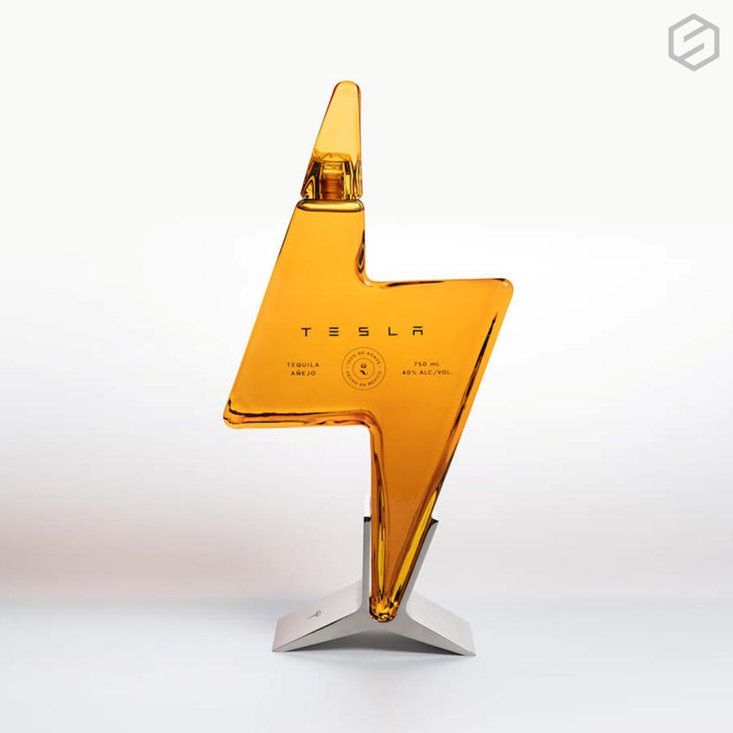 If you’re after something new, Tesla Tequila might be a good place to start. The electric car manufacturer and solar power company entered the alcohol industry earlier this month and within hours the spirit, worth £188, sold out.

Starting out as an April Fools’ prank back in 2018, it’s proved a masterstroke. With a flavour of ‘light vanilla, dry fruit and a balanced cinnamon pepper finish’, it’s been created from sustainably sourced highland and lowland agaves and aged in French oak barrels. With two thumbs up from Elon Musk, why not give dad something a little different this Christmas?

The Hollywood star, along with his fellow actor and pal, It’s Always Sunny In Philadelphia’s Rob McElhenney, recently bought National League side Wrexham in one of the most bizarre and unexpected stories of the year (and there have been a few!)

In a heart-warming gesture, the 44-year-old gifted his own Aviation Gin, which is so smooth and tasty, it can fly solo or take any mixed drink to another level, to businesses in the area to rave reviews. If the town of Wrexham appreciates it, we’re sure Dad would too and to quote Ryan Reynolds, “I've tried every gin on the planet and Aviation is, hands down, the best. Also, I don't recommend trying every gin on the planet. Stick with this one.” We’re sold.

Like the UFC star who endorses it, Proper Twelve has skyrocketed in notoriety over the last year or so. Admittedly, McGregor’s own behaviour when selling the product has, for better or worse, had some impact on the brand’s rise (we can’t stress this enough - do not turn down a shot of this whiskey if Conor offers you one). Proper No. Twelve’s Triple Distilled Irish Whiskey is an ultra-smooth blend of golden grain and single malt with hints of vanilla, honey and toasted wood for a rich complexity. It pays homage to McGregor’s neighbourhood of Crumlin, Dublin 12.

When the Irishman met Vladimir Putin at the World Cup in 2018, he gifted the Russian president  the drink but it was tested for poison, with security having to check it out first.

“They had to take the liquid from the bottle to make sure the liquid was safe and it was not maybe poisoned or what not,” he revealed. The fact it tastes great is an added bonus!

Smooth, sophisticated and stylish... no, it’s not David Beckham, but the Haig Club whisky (it’s Scottish, so no ‘e’ in whisky this time grammar fans) he’s been the face of it since 2014.

Founded in 1824 Haig Club, in its distinctive square blue bottle, is believed to be one of the oldest whiskies in the world. A versatile and easy drinking single grain scotch whisky, this one’s perfect for whisky newcomers.

“David drinks Haig Club. David's close friends drink Haig Club and David's 50 million Instagram followers watch him sip his favourite whisky at everything from fashion launches to birthday parties to camping trips,” reads the website of the brand he helped create in 2014. So, gift this to your Dad and let him know he’s in really good company. Coming in an electric blue bottle, this is a smooth and sweet whisky, which is matured in American ex-bourbon casks and mixes flavours of toffee, vanilla and butterscotch.

The Breaking Bad pair launched their own Mezcal tequila last year. Why? Well, “We started Dos Hombres to create a Mezcal that we thought was perfect. A unique blend of the finest Espadin agave, hand-selected from the hillsides of a small village in Oaxaca, Mexico.”

While the duo’s characters, Walter White and Jesse Pinkman, combined to create New Mexico’s greatest criminal empire this side of Los Pollos Hermanos, the two actor’s ventures in real-life are all above board and they even donated bottles of the stunning drink to bartenders struggling because of the Coronavirus pandemic. Recommended.

x
Suggested Searches:
Tyson Fury
Manchester United
Marcus Rashford
Lewis Hamilton
F1
Air Jordan
More
style
Reebok Pays Tribute To Kung Fu Panda With New Kick Ass Collection
Skadoosh. As Oogway said in Kung Fu Panda, ‘Yesterday is a history, tomorrow is a mystery but [ ... ]
style
The Hand-Crafted, One-Off, ‘Porcelain’ Adidas That Could Sell...
adidas Originals have teamed up with world-renowned porcelain maker Meissen to give the ZX8000 a truly [ ... ]
style
Supreme x Timberland Bring Style And Substance To Their Fall/Winter...
It’s certainly been a busy month for the folks at Supreme. Not only has the company been acquired [ ... ]
style
Adidas, Marvel And PlayStation Join Forces For Superstar Tribute...
Spoiler alert, Spider-Man dies. For those of you who didn’t already know we can only apologise, [ ... ]
style
The Perfect Coffee Table Book That Explores 100 Years Of Sneaker...
Al Capone rocking Adidas Gazelles, Charlie Chaplin in Nike Air Max or Albert Einstein repping Reebok [ ... ]
style
adidas Pay Homage To Bill & Ted's Wyld Stallyns With Excellent...
Back in the day, when we were busy being excellent to each other, the Torsion Artillery from adidas [ ... ]
style
Nike Unveil A Spooky Remaster Of The Air Force 1 Just In Time...
The ancient Celtic festival of Samhain is upon us, that’s Halloween to the uninitiated. Of course, [ ... ]
style
Liverpool And New Balance Release Limited Edition Blackout Jersey
Liverpool and New Balance have released a limited edition blackout shirt to celebrate 100 years since [ ... ]