You can never really be sure what Floyd has up his sleeve next, so when a video announcement on his Mayweather Promotions Twitter page claimed that big news was on its way this Wednesday, it sent the rumour mill into overdrive - we take a look at five potential announcements Mr ‘Money’ could make:

After facing the best in mixed martial arts and the best in kick-boxing, it’s time for Floyd to give another athlete from an entirely different sport a whupping to further solidify his claims as ‘TBE’.

A 10-round exhibition match on Christmas Day at some random venue on the other side of the globe for Tiger Wood’s recently won Green Jacket would be about as ‘Mayweather’ as it gets.

"Will someone please think of the children!?”

Rapper 50 Cent has made many jibes at Floyd’s supposed illiteracy throughout his career, maybe it’s time for the man with a reported net worth of somewhere between $700million and $1billion to take a leaf out of Derek Zoolander’s book and re-invest it into the children.

The perfect remedy for someone who hasn’t always had the best public image.

A ‘Friends For Floyd Scheme’

Mayweather is undoubtedly one of the most talented boxers to grace the ring in modern times and has amassed a vast wealth along the way but a quick flick through his personal Instagram and you’ll soon see Floyd is the loneliest man ever.

99% of his posts involved him awkwardly posing in front of a stack of cash or in a random tourist hotspot all on his lonesome wearing some really, really weird attire.

Maybe it’s time for Floyd to start using his cash to buy a few mates to enjoy retirement with. 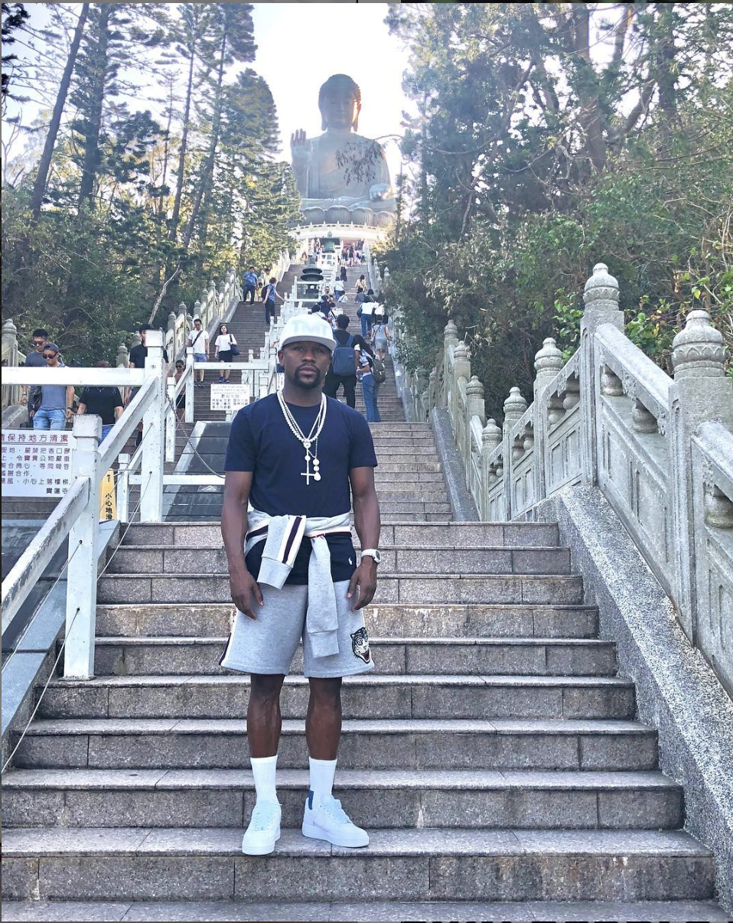 Nemesis Conor McGregor has already teased a move into WWE following the success of fellow former-UFC star Ronda Rousey, so maybe Floyd can get in on the action too.

What It Probably Will Be

Erroll Spence Jr’s name has been mooted and while intriguing, you wouldn’t expect to see Floyd make a sharp return to boxing to fight one of it’s hottest properties without some sort of tune-up.

Rematches with both Manny Pacquiao and Connor McGregor have also been brought up a lot too and the fact he’s promised that this announcement will net him $100+ guaranteed, you’d have to think either of these would be the only fights out there that would return such a sum.

Floyd also has a blossoming enterprise under Mayweather Promotions which includes a strip club, plans to build gyms across the US and many other ventures - it’s the dull answer but maybe his announcement is just a run-of-the-mill new business opportunity and not a hotly-anticipated return to the ring.