Football
News
The 21-year-old winger has gone from Sunday League football to the cusp of a Northern Ireland debut
Neil Goulding
11:05, 19 Mar 2022

Hot prospect Paddy Lane was stacking shelves in Sainsbury’s a few years ago – now he’s on the cusp of his Northern Ireland international debut.

The 21-year-old wing wizard has risen phoenix-like through the English football pyramid in the past four years having first been discovered at amateur Sunday League level.

But having “never lost faith” in his ability, he’s understandably now desperate to impress on the biggest stage of all.

Lane joins up with Ian Barraclough’s senior side on Sunday in Belfast and with some of the team’s more senior players missing, it’s an “unbelievable chance” to make his mark at international level.

“It’s mental really, how I’ve gone from Sunday League football to international level in the space of four years,” reflected Lane, who was playing semi-pro football for Hyde United in the Northern Premier League last season.

“But I’ve always believed in myself and I’ve had the right people around me who have believed in me as well, which is really important. 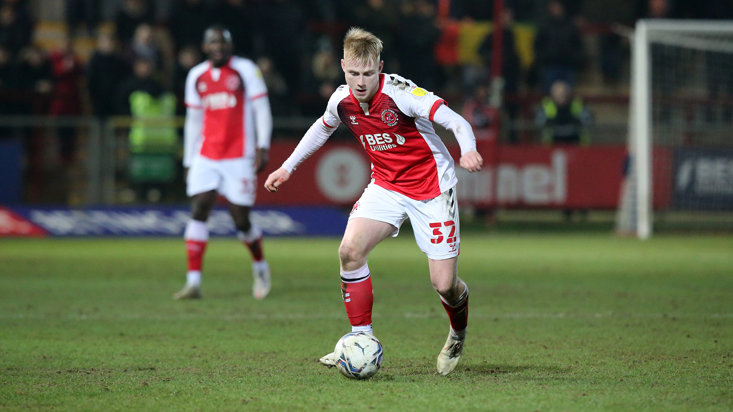 “I used to play Sunday League football and I was at Blackburn Rovers from the age of 14.

“After leaving Blackburn I just really wanted to start playing again regularly, so I joined Hyde – and then things snowballed to where they are now.

“It’s come so quick, but I believe in myself and I can’t wait to join up with the squad on Sunday and to just try and enjoy myself. I’m really looking forward to it.

“I was in the gym when I found out I was getting called-up. I rang my mum to tell her. She was in Marks and Spencer and she had a tear in her eye. And my dad was there with her, he was over the moon as well.

“It’s repaying them for all the hard journeys they’ve done over the years, taking me all over the country and the sacrifices they’ve made.

“I’m absolutely over the moon as well, I’m really proud for myself and for my family.”

Northern Ireland face Luxembourg away on Friday 25 March, followed by a home clash with Hungary on Tuesday 29 March in the second of their international friendlies for this month.

Lane has definitely come a long way from his starring performances on a wet and windy Tuesday night playing non-League football for The Tigers. And his career has come on leaps and bounces – and some - since been snapped up by League One side Fleetwood Town last season. 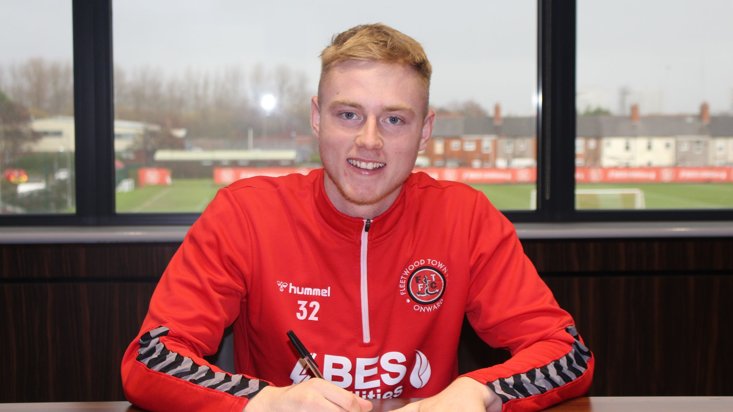 “When I joined Fleetwood I’d actually just finished a job at Sainsburys where I was working 4-8 in the morning stacking shelves,” revealed Lane.

“I was also doing a degree in Sports Performance and Analysis, and I’d literally just finished that. Then I got a contract at Fleetwood.

“It’s unbelievable really if you think about it, but I’ve just got tunnel finish and have just been trying to improve.

“When he [Ian Barraclough] rang me, he just said to do what I do in the League for Fleetwood. Come in full of confidence and enjoy the experience.

“He told me I’m there on merit and he just wants to work with me, so hopefully I can train well and show him what I can do.

“I’m not scared, I don’t tend to get scared of anything in football. But I’m nervous and excited, there’s all sorts of emotions I’m feeling.

“I think it’s good to get nervous, though. It’s the first time I’m moving up to play with the seniors, so I’d be lying to saying that I don’t have the butterflies in my stomach.

“I’m sure I will on Sunday when I meet everyone, but I’m just excited now and raring to go.

“It’s going to be an unbelievable experience. The pathway is there for me to see how far I can get – and it’s great to see.

“There’s a lot of players who have been making debuts, so you can definitely make a name for yourself.” 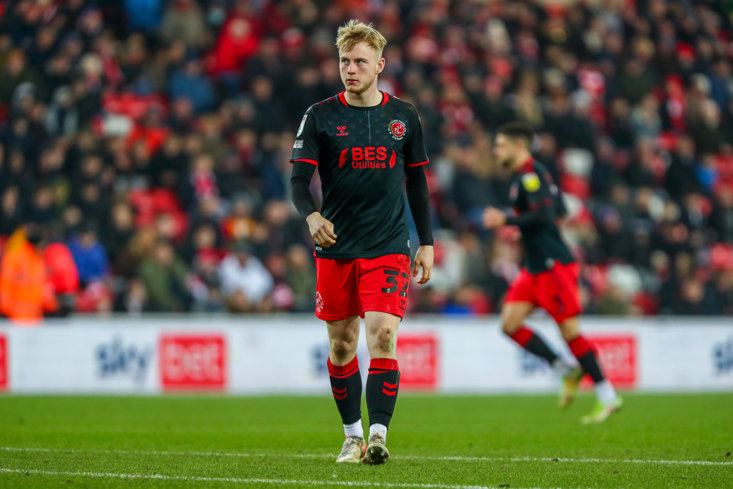 Lane adapted well to life at Sunday League level from a young age, taking the tough challenge of playing men’s football all in his stride. But he’ll forever be grateful for the chances both Hyde and Fleetwood have given him to get his fledgling career off to a flying start.

“Hyde United were unbelievable for me,” stressed Lane, who played 48 times for Hyde and scored eight goals.

“I experienced the highs and the lows of semi-pro football, but it was a great grounding for me. I learnt so much.

“I played in front of fans, which was a great experience for me and I’ll forever be grateful for my time with Hyde.

“If I look back at how far I’ve come I might be taken a bit aback by it, which is why I have tunnel vision and keep looking forward.

“I’m working hard every day at Fleetwood and see how far I can go.

“Ever since I was a young lad at Hyde, I’ve always tried to learn from the senior players.

“There were a lot of older boys and men there which I learnt from – and I’ve taken that same approach at Fleetwood.

“Players like Danny Andrew, Tom Clarke and Cairnsey [Tom Cairns] who have really helped me. They all give me advice when I need it.”

Lane, who has made over 30 appearances and scored four goals for the Cod Army this season, joked: “And at the same time they also give me a bit of jip when I need it as well!

“But in all seriousness I get on with everyone really well and it’s such a good dressing room at Fleetwood, I’m glad I’m a part of it.

“I’m like a sponge in terms of football, I soak up as much as I can. I’m always asking the senior players what I should do in various situations, especially on the pitch. 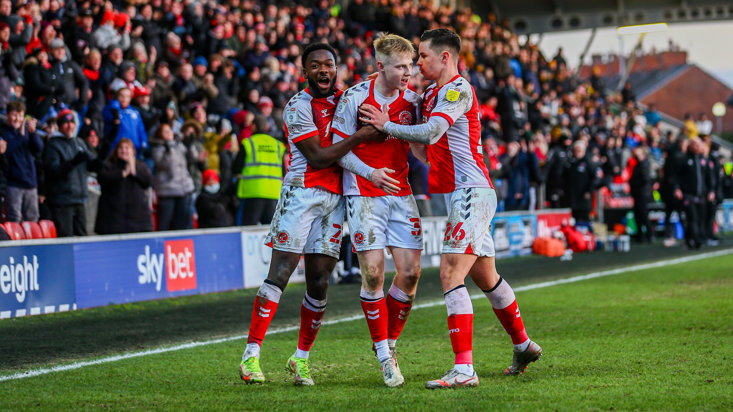 “Off the pitch we have great banter, but it’s good to learn from them, especially from players who have been there and done it.

“And at Hyde my former manager Dave McGurk was a massive help. He trusted in my and gave me the belief in myself that I needed.

“(Midfielder) Kingsley James was there for me when I needed him. But there were loads of people at the club who helped me, for which I’ll forever be grateful.

“There was (striker) Chris Sharpe who’d been there and done it at non-League level. I only spoke to him the other day, he’s been brilliant with me.

“I learnt how to play in difficult situations, but they were always honest with me, which I appreciated.

“Hyde and Fleetwood both took a chance on me - and it’s paid off. Now I’ve got this great opportunity.”