Flooring Porter put in a remarkable performance to win the Stayers’ Hurdle and beat favourite Paisley Park, who couldn’t get near him. Danny Mullins was on board and rode from the front to secure his very first win at the Cheltenham Festival, but this morning he didn’t know he would be riding.

Jonathan Moore was meant to be riding the winner, but was injured in a fall on Sunday and pulled out this morning having woken up sore. He didn’t feel he could do the horses he was set to ride justice so Danny Mullins was called up to ride on Flooring Porter, who took every other horse out of their comfort zone in a huge win.

In Grade One company he pushed from the off and despite some bigger names in the field, including Paisley Park, he held everyone off to secure a remarkable victory with an excellent finish. This marks two odds-on losses in a row in this race for Paisley Park who finished third with a fast finish but never troubled the leader.

From the off, Flooring Porter took control of the 3m race and in truth, he never looked back. Running alongside Lil Rockefeller early on he increased the pace as last year’s winner Lisnagar Oscar looked to stay with them. Mullins seemed to get straight into his rhythm and allowed Flooring Porter to gallop clear of the chasing pack and he was expertly ridden from the front. 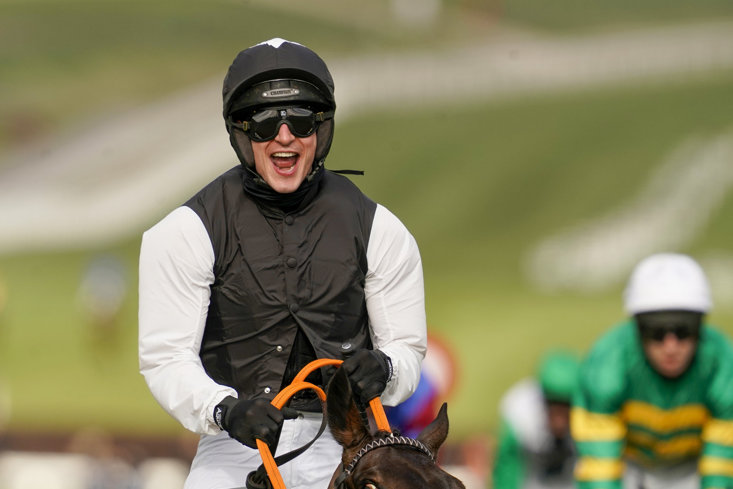 Outside You Never Call seemed to be a challenger at 125/1 but faded while Vinndication also attempted to put pressure on the leader. Reigning champion Lisnagar Oscar fell at the midpoint and impeded Fury Road, but after a short while down, the 2020 winner got up and walked back to the stables.

With three two go the pack began to make their move with Paisley Park and Sire De Burlais working flat out to close the gap. Despite their best effort, Mullins didn’t have to ask much of Flooring Porter who managed to fend them off and then pull away after clearing the final fence. It was truly an incredible performance from the Gavin Cromwell trained horse, while the man who should have been riding explained why he wasn’t after the win.

‘I'm delighted for the horse,” Moore said. “I knew Leopardstown was no fluke. Danny gave him a brilliant ride. I'm so proud of the horse. I couldn't stand up in the saddle, it was too sore. I knew I wouldn't do the horse justice. I said to get Danny Mullins to ride him. I'm not surprised by the win.”