Giovanni van Bronckhorst perfectly summarised why Rangers have become draw specialists in his pre-St Johnstone press conference. “We have to be more ruthless in attack and defend better in our remaining matches,” he said.

The champions have collected 13 points from the 24 available following the winter break. Glaring deficiencies, highlighted by the Dutchman, are damaging their hopes of success - and time is running out to resurrect a faltering title bid.

Lapses in concentration contributed to the latest stutter. Allan McGregor should have been sprightlier at the first goal, and he was also culpable at the equaliser. The 40-year-old has been an exceptional servant over two spells, but his erratic displays have become a cause for concern for the Ibrox faithful.

Uncharacteristic mistakes have plagued the stopper this season - and he is reluctant to leave his goal-line unless prompted. He is no longer a calming influence, and Jon McLaughlin should don the gloves for upcoming fixtures.

Similarly to the Dundee United game last weekend, Rangers were incapable of capitalising on the glut of chances they created against Motherwell. Fifty-eight attempts in two league games yielded just three goals.

Ryan Kent often fails to capitalise on his mesmerising approach play - evident in his meagre strike rate - while Fashion Sakala does not have the composure to match his endeavour. Kemar Roofe is a goal-getter, but his manager has been reluctant to call upon his services.

Scott Arfield’s time at Ibrox appeared to be winding down before Van Bronckhorst arrived. He has performed admirably in Europe and dazzled in Dortmund, but not enough of his intricate passes reach their intended destination. The 33-year-old has struggled with the unrelenting schedule, and he should be used sparingly in the months ahead. 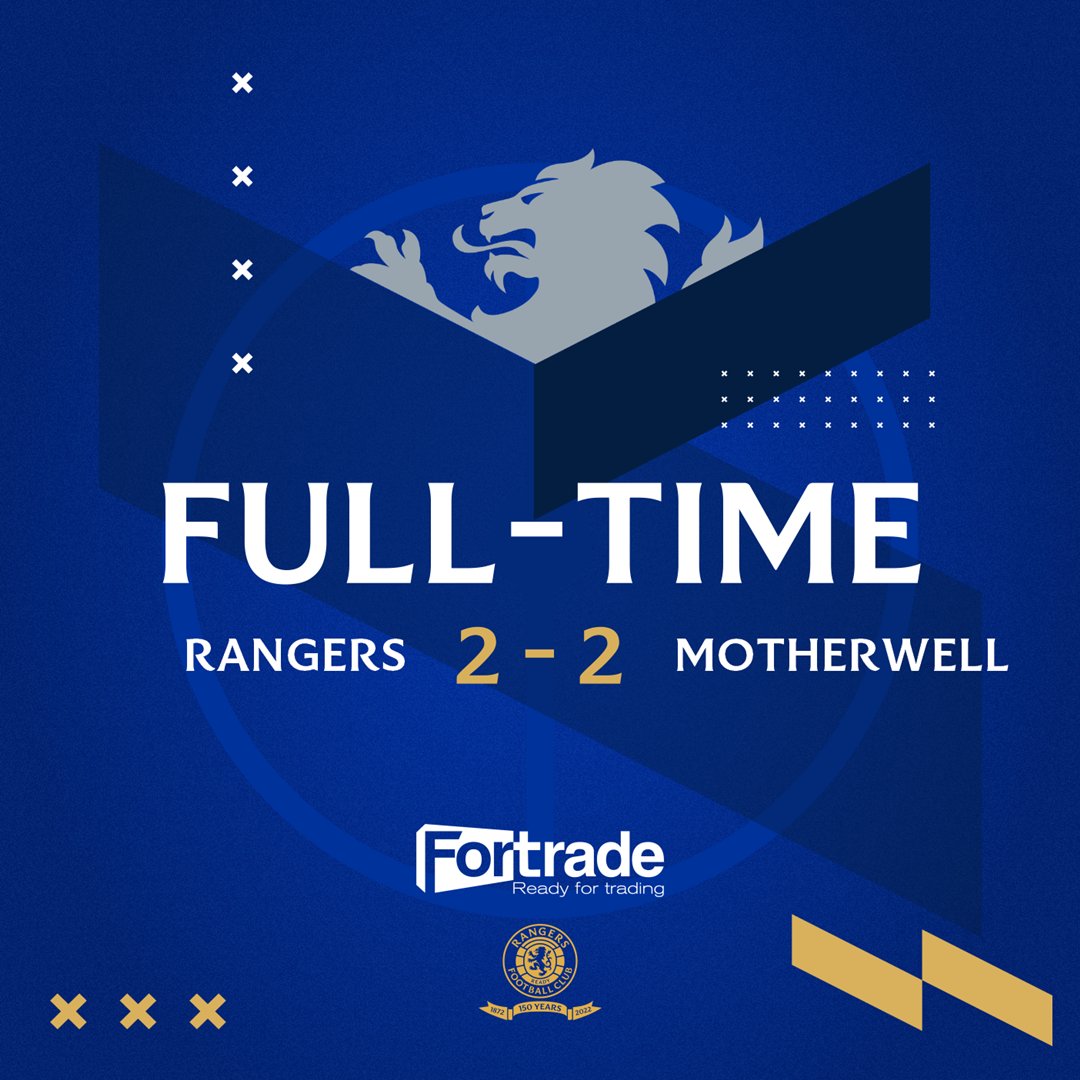 Weariness is not just prevalent in older players; Joe Aribo has been quiet since returning from the African Cup of Nations. The Nigerian internationalist has excelled this season, but, understandably, he has looked jaded after his time in Cameroon. A poor January recruitment drive has ensured he has had little chance to recuperate, as his presence on the pitch is necessary.

Aaron Ramsey, Amad Diallo and James Sands, the three main winter signings expected to make an immediate impact, have played just 311 minutes of league action between them. Ramsey is injured - and even when available has looked short of fitness - while Diallo and Sands are warming the bench.

Eight of the starting XI against Motherwell have been at Rangers since 2019 or earlier. The nucleus has remained intact for over two and a half years, but the lack of freshness in the team has become an issue this season.

Financial restraints due to COVID hindered transfer business last summer, and the club appears to be paying the price for not improving from a position of strength.

Performances have improved following the crushing defeat at Celtic Park. The passiveness shown against their fierce rivals has been banished, but individual errors continue to haunt them.

In 21 games in charge, the Dutchman has lost just once. Under his control, though, a six-point lead has become a three-point deficit, and he has to find a way of turning draws into victories - and that starts against St Johnstone this evening.

The pressure will intensify on Van Bronckhorst if the gap between Rangers and the league leaders increases. It may seem harsh, however that is life in the Glasgow goldfish bowl.

Rangers are stuttering, but they cannot be dismissed yet - certainly not with two Old Firm games still to play.