Football
News
The England manager has received criticism for his refusal to pick both Man City attackers
Conor Keane
15:00, 08 Jun 2022

England were able to rescue a 1-1 draw against Germany in Munich on Tuesday night and it was largely thanks to the impact that substitute Jack Grealish had from the bench. Once again it sparked debate amongst those supporters who feel that Gareth Southgate should be starting the Manchester City man alongside his club teammate Phil Foden.

While many feel that the inclusion of both players from the start would give England their best chance of success at this year’s World Cup, it is worth looking at how the Three Lions have actually fared when Foden and Grealish have been in the starting XI compared to when they one or both have missed out.

Unsurprisingly, the pair have only taken to the field together in the same starting lineup twice, with Southgate reticent to let both off the leash. When starting together, the City stars have been reasonably productive and Foden turned in one of his best individual England performances by scoring twice and assisting another in the win over Iceland. While it’s a small sample size, that at least is some evidence that Foden could flourish more with a creative player like Grealish alongside him.

After Grealish became the first British £100 million player last summer many thought that would help him achieve a fast track into England’s starting lineup, but Southgate continues to chop and change his team. Despite this, the new Gucci brand ambassador has looked sharp whenever he has featured for the Three Lions. In the nine games he has started without Foden, England have won seven with just one draw and one loss. In these games, the 26-year-old has contributed five assists as his driving ability with the ball causes problems for just about anyone. His only goal for England came from the bench in the 5-0 win away to Andorra last year. 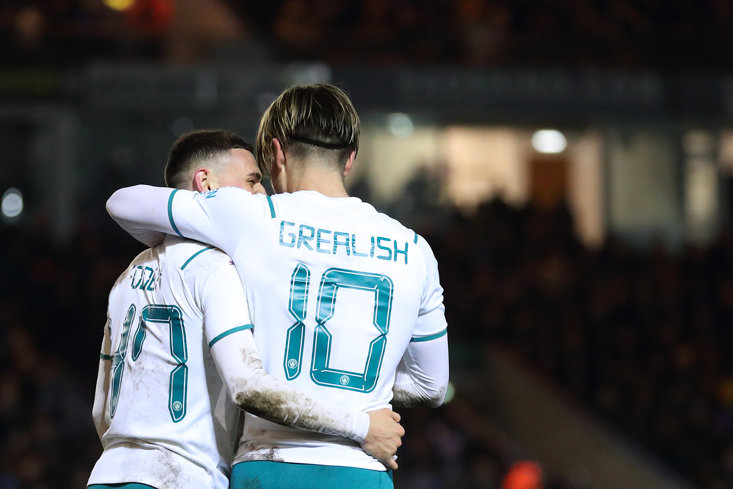 Foden has been widely praised for his incredible talent and vital contributions for City at such a young age, yet he still finds it difficult to nail down a regular place in the England side. Some feel this is where Southgate is failing and not unleashing the full attacking might that the current England squad has at its disposal. Like Grealish, Foden has started nine games for the Three Lions with his club colleague in tow, and in those games they have been unbeaten, winning eight and drawing the other. Foden has contributed three assists and his overall play has been key in England’s successes.

When neither Grealish nor Foden has been involved in the starting lineup for England since they made their debuts, the Three Lions have won only six of 11 matches, losing three. It is worth noting that in two of these matches both Grealish and Foden came off the bench to provide assists, which - depending on your point of view - either strengthens the argument that both should start or supports the opinion that they are better suited to be impact subs.

Following Grealish’s impact against Germany in the Nations League on Tuesday, Southgate called on him to improve tactically as well as working on his all-round game in order to make a claim for a regular starting spot, and if the attacker can show this to his manager there is no reason he can’t be one of the first names on the team sheet.

Some will see Southgate’s comments as ludicrous, but there’s a reason he is the one making the decisions and not them. Having delivered a semi-final and a final appearance in the last two major tournaments, there remains no convincing evidence thus far that a Grealish-Foden double act will automatically lead to England collecting major silverware.