Sport and Christmas Day don’t mix, at least that’s what you’ve been programmed to believe.

But it turns out 25 December has seen many momentous sporting moments through the years, and we’re not talking the fastest to the best seat in the house in front of the telly, or the stiff competition for the annual game of charades. Oh no, festive friends, we’re talking actual real, competitive sport. Grab another mince pie and have a read of the best of the sporting action Christmas Day has gifted us in years gone by...

Five months into the worst war the world had ever seen, the guns fell silent. The story is shrouded somewhere between romanticism and truth but we do know this, on Christmas Eve carols were sung between both trenches and a German soldier shouted “Tomorrow, you no shoot, we no shoot!” Remarkably, in the midst of the bloodiest war, there was a ceasefire on Christmas Day in 1914.

While sharing cigarettes with their German counterparts, Ernie Williams of the 6th Battalion, Cheshire Regiment confirms that from nowhere, a football appeared. According to the veteran, a kickabout ensued in the lightest sense of the word, with a couple of hundred people joining in! There was no score, there was no winning or losing, this was about how even in conflict, sport can bring people together. 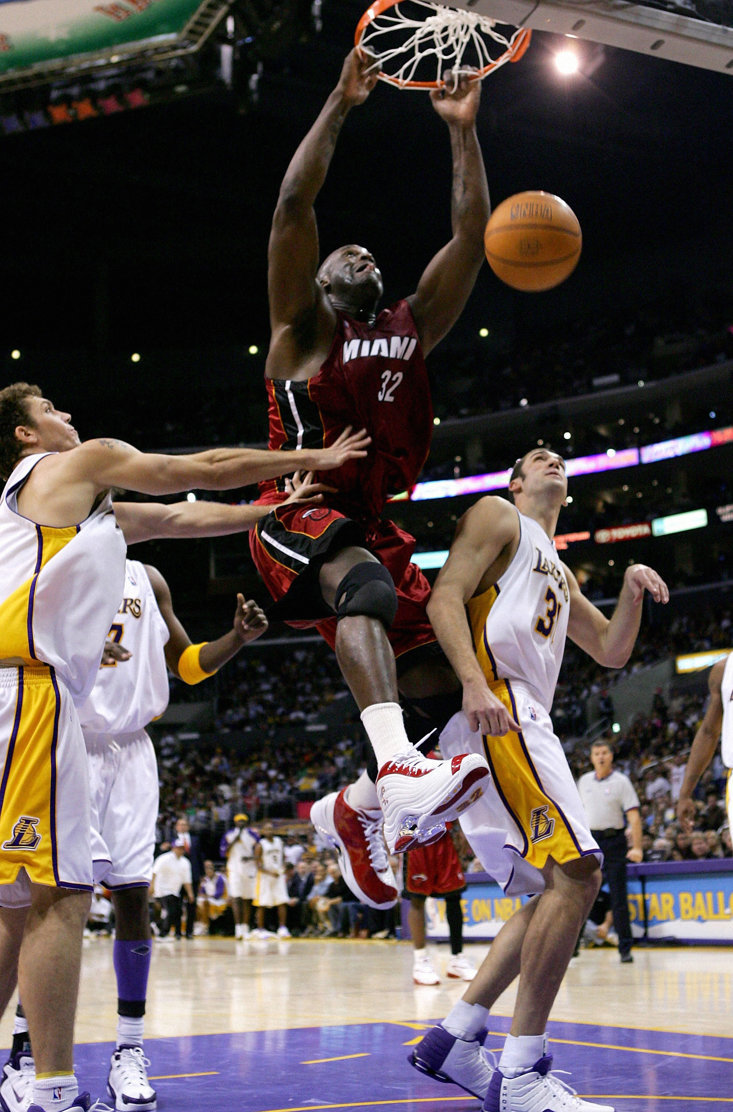 When two giants of their sport meet for the first time, people sit up and take notice. On Christmas Day in 2004, basketball fans were handed the perfect present as the legendary Shaquille O’Neal took on Kobe Bryant in a game dubbed ‘The Return of Big Daddy’. Big Shaq faced his former teammates after leaving LA for Miami Heat that summer following trouble between him and Bryant, while Kobe was flourishing as the Lakers’ main man. However, Big Daddy would come out on top, with Miami Heat winning 104-102 in overtime after an enthralling contest.

Kobe missed a potential game-winning shot on the buzzer, drawing criticism from Shaq while the Hall of Famer also made a big foul on Bryant late on as he approached the hoop. "No layups, no dunks," he said afterwards. “For everybody?" a reporter asked. "Basically everybody, especially him," O'Neal retorted. The ‘him’ was Kobe, but Shaq refused to even say his name. They may have won three NBA championships together, but their rivalry had been long-standing and this was the first time we got to see them play it out on the court. 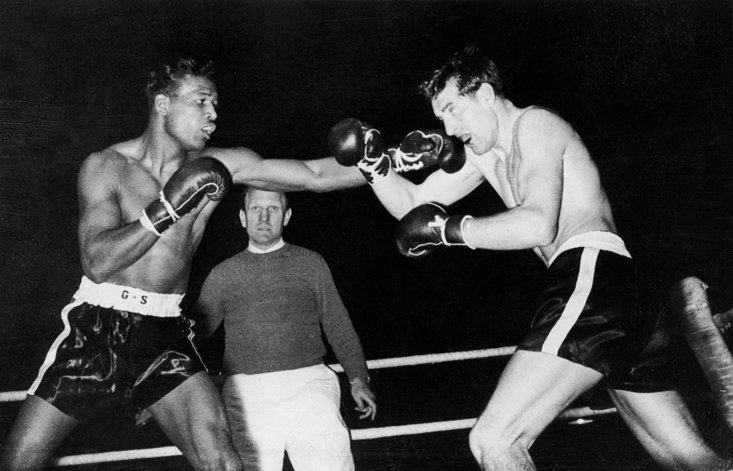 They don’t make boxers like Sugar Ray Robinson anymore. Arguably the best of all time, with 22 wins to his name, he took on former German champion Hans Stretz on Christmas Day 1950. It was part of his European tour, with Jake LaMotta firmly in his sights. He got his opponent out of there in five rounds, flooring him seven times, but it wasn’t this fight that made him so special.

Sugar Ray had fought just two nights previously. In fact, he cancelled a planned training session, saying, "Man, I just got through fighting nine rounds two nights ago," and was in no mood to mess about. Homesick, bored and desperate to get back to New York with his boat ticket booked for the 27th, he fought five times in the space of a month, all across Europe.

This was part of his revered 91-bout winning streak and was his 19th fight in 1950 - a remarkable figure when you compare it to today’s boxers. One of the best ever even got the job done on Christmas Day. 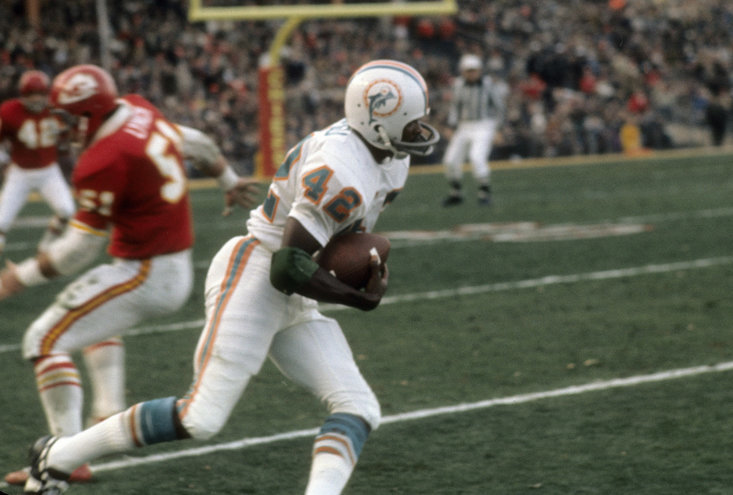 American sports to this day continue on Christmas Day, and back in 1971 the Miami Dolphins and the Kansas City Chiefs played out the longest uninterrupted game in NFL history. It was a Christmas cracker as the Dolphins began their era of dominance in the 1970s in the most spectacular way. The Chiefs were up by 10 after the first quarter before the Dolphins came back in style to level things at 17-17 by the end of regulation time, with the Chiefs missing a crucial field goal at the end of normal time.

Overtime beckoned and, with both sides missing one field goal apiece, it seemed as if the game might even drift over into Boxing Day as the game entered overtime period two. Finally the deadlock was broken as Larry Csonka's lungbusting run set up a 37-yard field goal by Garo Yepremian. Victory for the Dolphins, but it came after 82 minutes and 40 seconds of uninterrupted gametime.

x
Suggested Searches:
The Sportsman
Manchester United
Liverpool
Manchester City
Premier League
More
sports
The Sportsman's Weekend Accumulator: Coutinho, Stockport And...
The Sportsman is back for another weekend accumulator and this time, we’ve got our experts on [ ... ]
sports
The Sportsman's 16/1 Weekend Acca Including Boxing, Football,...
It has been a long time since we last put one of these together but The Sportsman’s acca [ ... ]
sports
Brilliant For Birmingham: BBC's Ayo Akinwolere Can't Wait For...
The Commonwealth Games returns to British soil this week, with a 10-day celebration of athletic achievement [ ... ]
sports
Serena, Venus And Sport's Best Sibling Rivalries
Today marks the 20th anniversary of Serena Williams’ first Wimbledon win in 2002. The legendary [ ... ]
sports
WATCH: Hot-Dog Eating Champ Joey Chestnut Chokes Out Protestor...
The current sporting world is littered with all-time greats; Tom Brady, Lionel Messi, Cristiano Ronaldo, [ ... ]
sports
Hustle And The Best Sports Films Currently On Netflix
The Adam Sandler renaissance is in full-swing with the Happy Gilmore star’s latest effort, Hustle, [ ... ]
sports
WWE’s Class Of 2002: Two Decades of Dominance, Inside and Outside...
In 2002, just over a year removed from the ‘Monday Night Wars’ between his World Wrestling [ ... ]
sports
Muhammad Ali And The Greatest Trash-Talkers In Sport
Today marks six years since we lost the great Muhammad Ali. Boxing’s most beloved star was as [ ... ]
sports
What Did The World Of Sport Look Like When Queen Elizabeth's...
Queen Elizabeth II celebrates her Platinum Jubilee this week and to commemorate the occasion, we have [ ... ]
sports
Dream Weekend Turns Sour As Huddersfield Fail In Challenge Cup...
It was meant to be the perfect sporting weekend for the town of Huddersfield. With their football and [ ... ]
sports
Monaco, The Masters And More Unbelievable Experiences In Sport
This weekend sees the Formula One teams, fans and staff arrive in the principality of Monaco for the [ ... ]
sports
Tony Hawk's Impact On The World Of Skateboarding Cannot Be Understated...
In the Smithsonian, a baby blue Bahne skateboard sits proudly on display as part of the National Museum [ ... ]
sports
The Saudi Golf League And Other Breakaway Competitions In Sport
There appears to be a civil war looming in golf as the PGA Tour continues to fight back against the [ ... ]
sports
Britain's Top Ten Greatest Sporting Achievements Featuring Roger...
Four minutes. One mile. The seemingly unbreakable human barrier was brought tumbling down by Roger Bannister [ ... ]
sports
Triple H’s Legacy Lies With WWE’s Next Generation
All that remained was a pair of black boots. Black boots that signified the end as they stood proud [ ... ]
sports
Kevin Owens’ History-Making WrestleMania Match With Steve Austin...
The well trodden adage surmises that heroes are worth avoiding, should you ever be presented with the [ ... ]
sports
The Deadman Didn't Rise: Revisiting The End Of The Undertaker’s...
75,167 people can be just as deafening when they are dead silent as when they are roaring in unison. [ ... ]
sports
The Barkley Marathons: The 100-Mile Race That Broke All Of Its...
In 1977, James Earl Ray, the gunman behind the assasination of Martin Luther King Jr., embarked on an [ ... ]
sports
International Women’s Day: Ten Female Superstars To Watch Out...
In honour of this year’s International Women’s Day, we take a look at ten female sports [ ... ]
sports
How Sport Is Handling The Russian Invasion Of Ukraine
The Russian invasion of Ukraine has cast a shadow over our world, with an uncertain darkness hanging [ ... ]
sports
2022 Commonwealth Games: Eight Stars To Look Out For In Birmingham
In just 150 days, the eyes of the world will be fixated on Birmingham for the 22nd Commonwealth Games, [ ... ]
sports
Looking Back At The Most Calamitous Sporting Performances In...
There is nothing worse when it comes to being a professional athlete than when you have a performance [ ... ]
sports
Talent In Tartan: Why 2022 Could Be The Year Of The Scots
Scottish sport thrived in 2021, with star athletes from north of the border making waves on a global [ ... ]
sports
World Cup, Six Nations And Winter Olympics: The Must-See Sporting...
With the haziness of the New Year celebrations behind us, it is time to clear our minds and look ahead [ ... ]
sports
Most Significant Sporting Moments Of 2021: From Fury's KO To...
Sport makes us feel things. This year, we have witnessed a whole array of emotions from England’s [ ... ]
sports
Euro-Mania, Formula One Fireworks And The Best Sporting Moments...
Despite the ever-looming menace that is Covid, the past year has been an unforgettable one in the world [ ... ]
sports
Remembering The Iconic Sports Stars We Lost In 2021
As we bid farewell to 2021, there is an air of hope as we look ahead to what 2022 might bring in the [ ... ]
sports
From Lineker To Ali’s Legacy: The Sportsman’s Favourite Articles...
What a year it's been in the world of sport! Despite all the ongoing uncertainty surrounding the [ ... ]
sports
Olympic Dreams Realised, Football Justice Done: The Sportsman...
It has been an incredible year of sporting drama and intrigue. With 2021 almost in our rearview mirror, [ ... ]
sports
Mammoth Upsets, Fairytales and History-Makers: The 2021 Sportswomen...
Despite the ever-looming menace that is Covid, the past year has been an unforgettable one in the world [ ... ]