As we approach a key period of the Football League season, clubs up and down the country could have their fates sealed, one way or another this weekend. But who is in line for promotion, and who could get relegated over the next few days in England? We’ve taken a look at the permutations.

Fulham are already promoted but they will be confirmed as champions if they beat second-place Bournemouth on Saturday.

Bournemouth cannot confirm their promotion even if they beat Fulham and results go their way, due to Nottingham Forest’s games in hand. The Cherries will already mathematically finish in the play-offs even if they lose every other game.

If Huddersfield beat Barnsley on Friday night, they will confirm their play-off position.

Barnsley will be relegated if they lose or draw with Huddersfield on Friday night. The Tykes are currently 11 points behind Reading, with just four games to play.

Peterborough United will also be relegated if they lose to Nottingham Forest on Saturday. Derby County relegation to League One was confirmed on Easter Monday.

If Paul Ince’s Reading win at Hull, both Peterborough and Barnsley will be relegated no matter their results.

Wigan Athletic will be promoted if they beat Plymouth Argyle on Saturday. The Latics will be confirmed as champions if they win and Rotherham fail to beat Oxford at home.

Wins for Rotherham or MK Dons would guarantee their place in the play-offs.

Doncaster Rovers will be relegated unless they beat Burton Albion and Gillingham lose to Portsmouth. If the Gills get a point, they will relegate Doncaster no matter what Gary McSheffery’s men do. 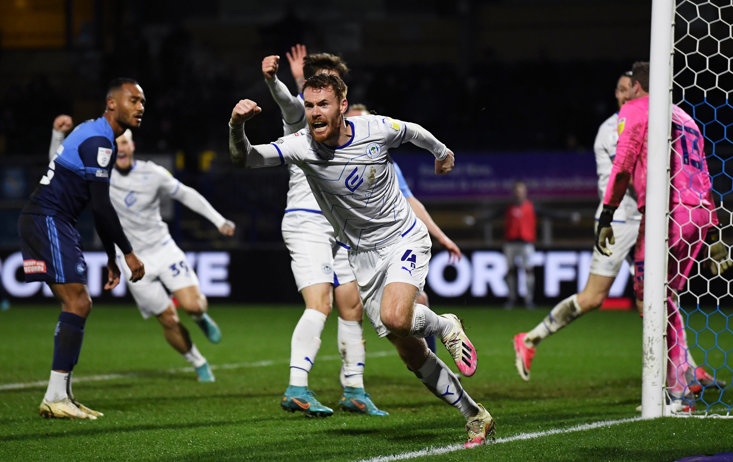 If Gills win, they will also send AFC Wimbledon down, as they travel to Fleetwood for a crunch relegation clash. The Cod Army cannot be relegated this weekend due to their game in hand, while Crewe Alexandra have already had their fate sealed.

Forest Green Rovers look destined for promotion this weekend. They’ll go up if they get a point at Bristol Rovers.

However, even if they lose, they’ll be promoted if two of the following happen: Port Vale lose, Northampton fail to win or Sutton fail to win. It’s just a matter of time now for Rob Edwards’ team.

Exeter will be promoted if they win and other results go their way.

No play-off places can be confirmed this weekend due to Mansfield’s game in hand. As it stands, every club down to Crawley Town in 12th can still mathematically make the play-offs.

Scunthorpe United have already been relegated and will finish bottom, but Oldham Athletic could join them this weekend, if they lose to Salford and Stevenage beat Mansfield Town away.