The subject of football club ownership has been at the forefront this week, as the Chelsea situation rumbles on. It is still unknown when or if the west London club will be sold, as incumbent owner Roman Abramovich faces sanctions over his alleged relationship with Vladimir Putin. The Abramovich saga has opened up a wider conversation about the morality of the people that own Premier League football clubs.

The questions on this topic have been coming thick and fast from the British media, and invariably these have been posed to the most public-facing figures in the corporate structure at a football club; the managers. Newcastle United’s Eddie Howe and Chelsea manager Thomas Tuchel have fielded queries on the topic this week. Their words, and the reactions to them, have varied.

Eddie Howe came under fire for his answer when Tariq Panja of the New York Times quizzed him on the execution of 81 people in Saudi Arabia. The manager of the Saudi-owned Magpies answered, “I’ll stick to football”. When pressed further at the same press conference, Howe doubled down saying, “I’m just going to answer questions on the game and football.” He has been pilloried for his perceived hand-washing on the issue of human rights in Saudi Arabia. But is Eddie Howe, the football manager, responsible for answering such questions?

It is a complex web of moral dilemmas. Howe accepted a job to manage a football team, not to weigh-in on matters of international diplomacy. At the same time, the owners from whom he accepts a wage were well-known when he took the role, and the former Bournemouth coach must have understood these questions would arrive at some point. Interestingly, they have only done so in any meaningful way now that there is the Chelsea situation to compare them to.

Pep Guardiola has somehow escaped this level of scrutiny for the majority of his Manchester City tenure. When questions have sparingly arrived, they have often met with non-committal responses. In 2018, Guardiola deflected a question on human rights and free speech in the UAE, where City owner Sheikh Mansour is deputy Prime Minister, when speaking to an Associated Press journalist. “Every country decides the way they want to live for themselves.” was Guardiola’s response. He was spared the furore that has befallen Howe. Perhaps because this remarkably cold comment came at a less precarious time in human history, or perhaps because Pep’s footballing sainthood bought him leeway that Howe’s comparatively modest achievements have not. 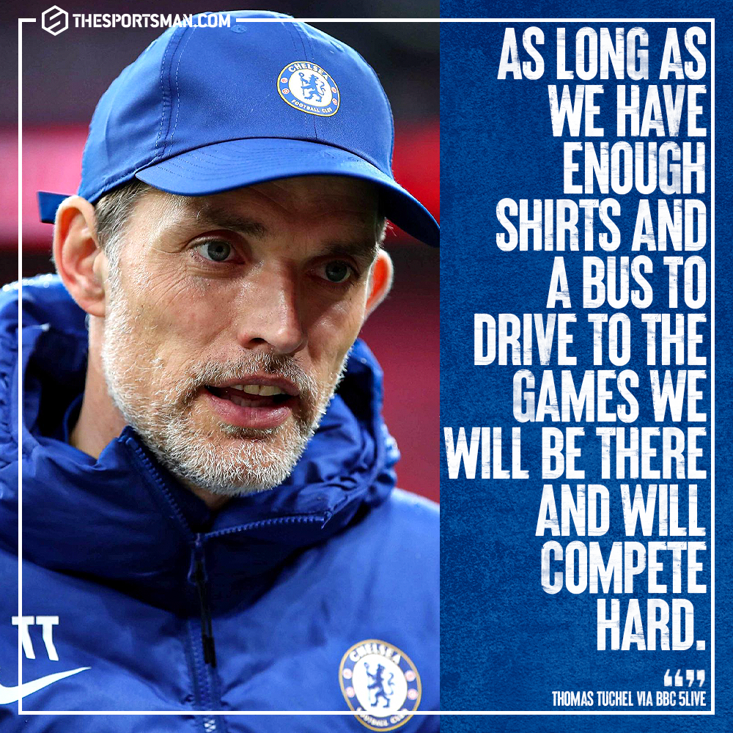 Thomas Tuchel has had to answer the most questions on the topic due to Chelsea’s place at the centre of the saga. He has handled the questions with something less than openness, but something more than Howe’s dismissiveness. There is a candid lack of candour from Tuchel, perhaps practised while working under Paris Saint-Germain’s similarly problematic ownership. Again it is telling that Tuchel’s claims he’ll drive the team bus if times get tough are receiving more airtime than his comments on the details of Abramovich’s questionable links. The message to Howe and others appears to be, if you’re going to deflect then do it with a joke, or at least a Champions League trophy in the cabinet.

Putting the inconsistent public and press reactions to one side, what is it a manager is supposed to say in these situations? There is no magic response that will appease the fans, media and club owner in one fell swoop. You can argue that accepting a job with clubs run by people with questionable human rights records is wrong. But if Howe, Tuchel and Guardiola didn’t take these jobs then other coaches would have, and we’d be asking these same questions of them. The root of the issue is that these aren’t really questions football coaches are qualified to answer, and it is naive to expect them to with any great depth or insight.

Instead, journalists should be directing these queries further up the chain. Understandably they might not always reach the very top, with oligarchs notoriously hard to reach for comment. But it’s all too easy to fire these provocative questions at the likes of Tuchel and Howe and then chide them for not giving the response you want, despite the fact that giving you that answer would compromise their employment. Instead the big questions should be going to members of the board, the owner’s advisors, people that are ingrained in the corporate structure of the football club.

Asking a football manager to be a diplomat then shouting “gotcha!” when he isn’t a good one is an easy way out. There is no doubt clubs like Newcastle, Chelsea and Manchester City have questions to answer. But it should be the people that run these clubs that answer them.