Boxing
News
Chisora was down once, and took two standing counts, but deservedly heard the final bell
Joey Mills
23:46, 18 Dec 2021

Joseph Parker defeated Derek ‘War’ Chisora by unanimous decision in an absolute Christmas cracker at the Manchester Arena on Saturday night. The bizarrely close scorecards do not tell the whole brutally enthralling story that unfolded inside The House That Ricky Hatton Built. Chisora put on an extraordinary display of courage and resilience to resist the biggest shots the former world champion had to offer, and remain standing at the final bell. This may be the last big fight in the career of ‘Del Boy’, who falls to 32-12. But if this is the last time Derek headlines an arena card, he has signed off in typically spectacular fashion.

Parker had been down within seven seconds during their first fight in May, but he started in fine form this time. The New Zealander worked intelligently behind the jab, setting up crisp hooks. Chisora tested the ex-WBO king’s chin early in the second, thudding a looping right hook into Parker’s chin. The favourite responded, exploding off the ropes and unleashing the first of the booming right uppercuts that would write the story of this magnificent fight.

A thunderous uppercut sent Chisora staggering in the third, and Parker opened up with a barrage of punches. ‘War’ Chisora came roaring back with powerful swings of his own, the first sign of his trademark resilience. We would see even more of his unmatched survival instincts in the following stanza, as Parker went to the body before switching to the head and sending the British fighter stumbling into the ropes with another uppercut. The referee administered the evening’s first count, as the strands had kept Chisora upright. The former European champion retaliated with combinations, and the crowd went wild as the bell rang and Chisora was separated from Parker by the referee. He let out a primal scream as the official dragged him away, sending the message that he was far from done.

Understandably, the fifth and sixth were somewhat quieter sessions. Parker appeared to do just enough to snatch them, as ‘Del Boy’ continued moving forward but without the activity he had displayed earlier. As Chisora appeared to fade, the New Zealander pounced in the seventh. The night’s finest punch, yet another of Parker’s well-schooled right uppercuts, sent Chisora to the canvas. He rose, glassy-eyed, and covered up in the corner. Parker took the invitation, and once again Chisora backed up the favourite at the precise moment he looked most vulnerable. 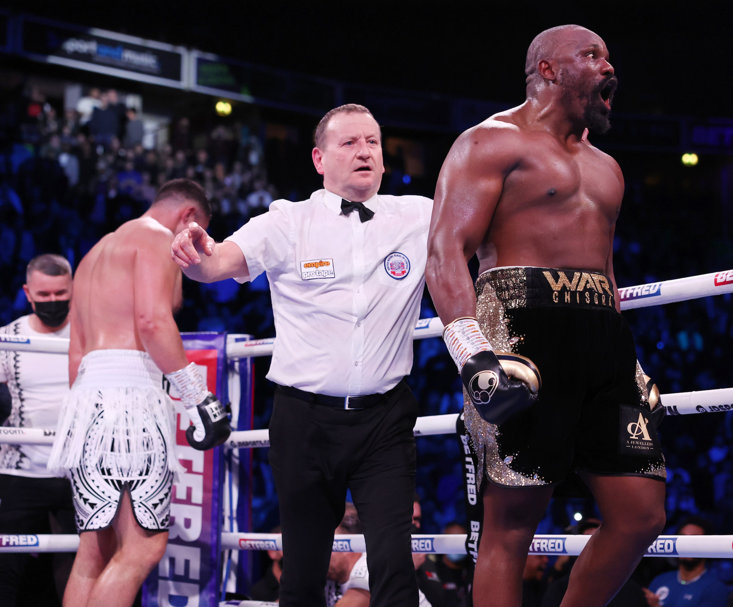 Parker started the eighth round fast, popping pacy shots into the aggressor’s face from distance. When Chisora tried to close the gap, he ate the South Auckland man’s signature punch once more. Again, the ropes were Chisora’s saviour. Again, the referee counted. Again, Chisora recovered and made his way to the corner to goad Parker into finishing the fight.

The ninth round looked like another potential ending for this boxing iteration of ‘The Return Of The King’, as the referee took a close look at Chisora under heavy fire. As with every other occasion his back had touched the ropes during the night, ‘Del Boy’ wheeled and dealed his way out of trouble to the raucous applause of the Manchester spectators.

The bout ebbed improbably through the tenth and eleventh rounds, before we were treated to a twelfth session nobody would have put money on back in round four. Parker had the fight sewn up by this point, and Derek’s forays forward were more for show than KO. But his efforts had the crowd in raptures, and British boxing’s foremost gunslinger went out shooting.

Logically, this should be it for Derek Chisora. He has built a career on being the worst nightmare of the heavyweight division’s elite. He seldom beats the very best, but he always gives them their toughest night. By nature, he has taken untold punishment in his role as the world’s greatest gatekeeper. At 37 years old, and with thousands of ring miles on the clock, Chisora has given us more than enough. You still have to be very good to beat ‘Del Boy’, and Joseph Parker certainly was. But nobody wants to see a warrior who has given us so much take one punch too many.