So it is confirmed. Rafa Benitez, the manager who won Liverpool the Champions League in Istanbul in 2005, is now the new boss of their closest rivals, Everton. Although their rivalry is fierce, it has also been called friendly given that so many families in the city have fans of both teams, but the appointment hasn’t gone down well with the Evertonians.

An abusive and threatening banner was hung near his Merseyside home that read "we know where you live, don't sign", as some fans struggled to come to terms with the Spanish boss taking charge at their club having spent six years at Anfield, where he also won the FA Cup.

The fact of the matter is that there were no standout candidates for the role. Carlo Ancelotti’s departure was a massive blow to the club, and having done brilliantly well to get hold of him in the first place, the club hoped he would remain there for several years to get them back amongst England’s elite and oversee their transition into a new stadium. He was utterly adored by the fans, banners draped in the stands carried his name and even though the results left something to be desired, there was never anything but unwavering support for the now Real Madrid boss.

Everton were never going to be able to appoint another Ancelotti. Benitez is a boss who has managed some of the biggest teams in world football, achieved success on the biggest stage and can improve the Toffees moving forward. For all the hype and hope around Ancelotti, let’s not forget that Everton only finished tenth last season. Benitez has the skills to improve this side, get them climbing the table and turn around the general public opinion of him. 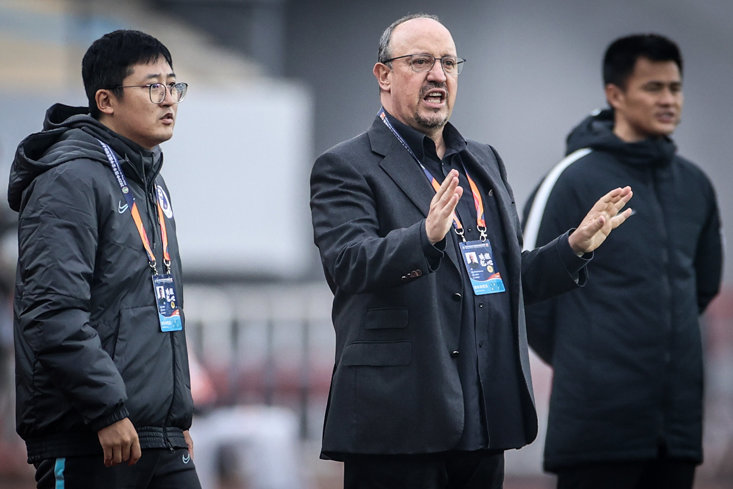 He has great Premier League experience having done well at Liverpool and more recently Newcastle, where he won the Championship and then led them to a top half finish in the top-flight. The club held talks with Nuno Espirito Santo, who now looks set for Tottenham and considered approaching former boss David Moyes, but the club’s hierarchy have plumped for a fresh face in Benitez.

Most Evertonians would have much preferred Duncan Ferguson to get the permanent job after his interim spell in charge back in 2019 but that would be a risk, and one the club were unwilling to take at this current moment of time. Benitez may not reinvent the wheel but he also will not allow the club to regress any further. In fact, he could be the man to realise Everton’s European ambitions.

It’s now been three full seasons without European football for Everton, a record that desperately needs changing for such a historic club. Benitez has the credentials to change all of that and get the club back where they belong, but he’ll need the full support of a Goodison Park crowd. His ‘small club’ comments in the past are sure to have annoyed Evertonians, but they came over a decade ago. People make mistakes and Benitez is now going to put his heart and soul into making Everton successful once again.

He utterly adores Liverpool as a city, that is clear for all to see. Now all he needs to do is take Everton on a European adventure, as he did with their rivals, and the blue side of the city will love him just as much as the red side do.