Cricket
News
Test cricket tells a story that grips you until the climax in a way which no other format can ​​​
Shane MacDermott
09:55, 11 Jan 2022

The theatre, the drama… nothing quite compels like Test cricket. The slow start, the build up of tension before the crescendo at the end. It tells a story that grips you until the climax in a way which no other format can.

The mightiest of battles which is the ultimate examination of temperament, technical skill and tenacity. Shaking hands after an energy-zapping draw in the utmost sign of respect for the opposition’s efforts. Freddie Flintoff consoling deflated Brett Lee after the second Test at Edgbaston in 2005 is a moment for the ages.

Just days ago, bruised and battered England showed great courage to save the game on an epic final day during the dead rubber fourth Ashes Test after being ground into the Australian dirt since landing down under. They could easily have rolled over, but their rearguard showed just how much the long form means.

One of the best batters of all time and one of the best bowlers in history fighting for their proud nations in the last over after five gruelling days is exactly what sport was made for. Seeing the waiting Aussie fielders surrounding the bat as star all-rounder Ben Stokes watched on hopelessly with his head in his hands was captivating viewing.

James Anderson and Steve Smith have had many memorable duels over the years. But the roles were reversed as the most prolific fast bowler in history blocked out Smith in fading light to help England escape with a dramatic draw to avoid the prospect of another humiliating 5-0 whitewash.

Non-cricket followers would be forgiven for not understanding why; because to be honest, you wouldn’t see Lionel Messi in goal trying to save a Manuel Neuer penalty would you?

Immediately after being thwarted by England’s tail, Aussie captain Pat Cummins said: “It was a hard-fought game of Test cricket and that’s why we love it.”

The ebbs and flows of five days of intense cricket is second to none and the format needs to be protected at all costs. Indian Test captain Virat Kohli is the biggest superstar in the sport and is treated like a god in his homeland. He still sees Test cricket as the apogee and how can us mere mortals argue?

Test cricket’s death has been predicted for decades and the eulogies have long been written. But like a phoenix it keeps rising from the ashes. 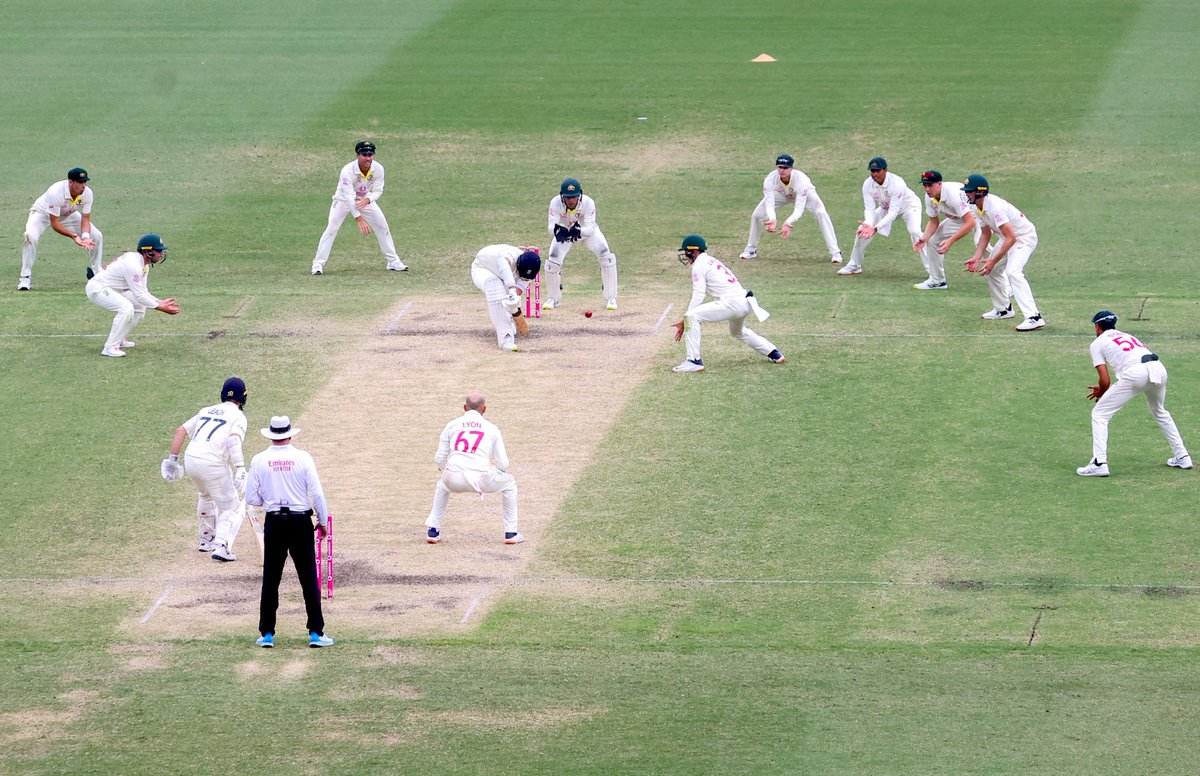 Kerry Packer’s World Series, which started in 1977, revolutionised the game with the introduction of “pyjama” coloured clothing and white balls. The variety was just what the sport craved at the time and paved the way for the ever-growing plethora of glitzy, big-money T20 leagues.

You can’t begrudge players turning their backs on five-day cricket for an influx of six-figure cheques. Who could blame them for becoming mercenaries? It’s a short, taxing career and six-week tournaments earning vast sums of money is less onerous on the body.

But Test cricket is the pinnacle and the greats of the game are judged by their performances in that arena. The fame of W.G. Grace, Don Bradman’s phenomenal average of 99.94, West Indies’ dominance in the 70s and 80s, Australia’s incredible teams that won 16 matches in a row under, first, Steve Waugh and then Ricky Ponting and Muttiah Muralitaran’s 800 wickets will all stand the test of time.

Likewise, the Ashes — which ironically originated in 1880 as the ‘death of English cricket’ — is the most historic series in cricket and the yardstick which the Test game's health is measured against.

England’s current mauling down under, surrendering the sacred urn in just 12 days, once again sparked talk about the format’s future. But for as one-sided as Australia’s dominance has been, the start of 2022 has already served up some equally tasty Tests treats in the Southern Hemisphere.

Brilliant Bangladesh produced the Miracle of Mount Maungunai as they pulled off the biggest upset in the sport’s history at New Zealand’s expense.

Imagine a side who hadn’t won for two years beating World Test Championship winners in their own backyard; it’s like San Marino humbling France at the Stade de France. The enormity of that incredible feat cannot be understated and hopefully it sparks a brighter future for the perennial losers.

And the series between South Africa and India has been intriguing to say the least. The Proteas ended the visitor’s stranglehold at the Wanderers to level the series 1-1. The hosts hadn’t beaten an Indian side at the ground since their readmission to international sport in 1992.

But they produced a fine chase on a tough pitch to win by seven wickets and keep the series in the balance. It’s been a fiery tour with mid-pitch confrontations, a passion you only really experience in the longest form of the game. Captain Dean Elgar led from the front with a gutsy unbeaten 96. And the left-handed opener’s desire to grind out ugly runs epitomises Test batting.

Talking of South Africa, remember Michael Atherton’s monumental masterpiece as he withstood an Allan Donald onslaught to last 643 minutes with an epic game-saving 185 not out.

England host the Proteas in what promises to be a salivating showdown this coming summer, whilst Australia face a trial of spin this year with tough tours to the sub-continent to take on Pakistan, Sri Lanka and India.

Test cricket is alive and kicking despite what the naysayers think.