Carl Frampton is looking to become a three-weight world champion this summer as a fight with WBO super-featherweight champion Jamel Herring is now in the diary, set for June 13th. This will be a sizzling homecoming for the Northern Irishman, who will take on the champion in his homeland, with the fight set to be in Belfast at either Windsor Park or the SSE Arena.

Promoter Frank Warren told BT Sport Boxing: “It’ll take place on June 13th in Belfast. We’re sorting out the venue at the moment, but that will definitely happen on the 13th of June, 100 per cent.”

Credit must be given to former US Marine Herring, who is looking to prove he is the best in the division by travelling abroad to defend his title. He has won five consecutive fights since his defeat to Ladarius Miller in 2017 and beat fellow American Lamot Roach last time out over 12 rounds.

This will certainly provide a tough test for the Jackal who is giving away five inches in height and over eight inches in reach to his opponent. In fact, Herring will be the tallest boxer Frampton has faced across his 11-year professional career and will have to get on the inside if he is to have any chance of winning on the night.

At 33, Frampton could become the first boxer from Northern Ireland to become a three-weight world champion. If he can come out on top he would establish himself as one of the greatest boxers his country has ever produced and the 5ft 5in boxer is clear where he wants this famous fight to take place.

“To put 25,000 bums on seats and potentially witness me making history, it makes sense for everyone to have the fight at Windsor,” he told Belfast Live Sport. “The fans want to see it there, and more fans will get to see it at Windsor." 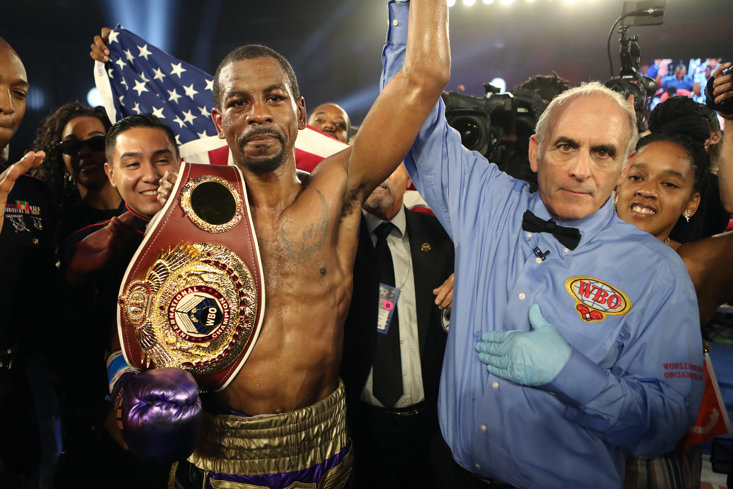 It has been four years now since the Jackal became a two-division world champion as he beat WBA featherweight champion, Leo Santa Cruz, in 2016. However, the pair had a rematch in early 2017 which the Mexican won and since that defeat, the first one of his career, Frampton has not looked as dominant as he once was.

The undefeated Josh Warrington handed Frampton the second defeat of his career in a monumental night at the Manchester Arena, and now the Northern Irishman is looking once more to establish himself as one of top fighters in the world.

“It’ll be the first time an Irishman fought in three weights to try and win it, and I think he’s got an excellent opportunity and chance of being the first one to do that and looking for him to do that,” his promoter Warren continued.

Meanwhile, Top Rank promoter Bob Arum is also relishing this fight, which could be one of Frampton’s toughest tests.