Esports
News
The latest effort from Playground Games could go down as one of the best racing games of a generation
Steven Allen
19:02, 10 Nov 2021

It was 2012 when Microsoft and Playground Games released their attempt at an open-world racer, borrowing the name and licenses from their already successful Forza Motorsport series. Little did they know that the winning formula they created would take the series to new environments and new heights that have been unseen with most arcade-style racing games.

Forza Horizon 5 officially launched on Xbox Game Pass and on the Microsoft Store yesterday, with those players interested in the premium edition available to play the game from November 5th, and so far it has gone on to exceed expectations and stand on the shoulders of the giants that came before it.

The universal acclaim the game has received so far is warranted and anyone who’s sitting on the fence on whether to jump into the world of Horizon, then we recommend doing it head-first at the soonest opportunity.

To really get into the feel of the game, you have to appreciate the creators. Playground Games was set up as an amalgamation of developers from numerous other racing game series, such as the original Forza predecessor, Project Gotham Racing, the Colin McRae: Rally and Dirt series and the phenomenally fun Burnout franchise. Their sole purpose for creation is to use the UK’s finest game creators, whose track record for racing games is second to none, to blow every other franchise out of the water. It’s safe to say that with 1.4 million purchases before the game was even released, this target has been overtaken several times (pun intended.) 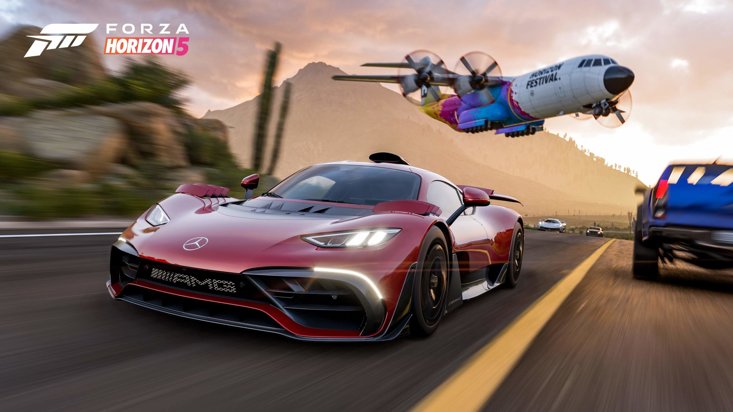 The game looks utterly stunning and the visuals continue to amaze even when played on the less powerful Xbox Series S at thirty frames per second. The water beading on the cars left by rain and the occasional venture into a lake is so incredibly detailed that you can see it roll down the car as you pick up speed. The game carefully appreciates the vast open spaces of rural Mexico, its superb setting, with the application of sandy dunes, the dense dark jungles and the green band around the Stadion Horizon, a ‘football stadium’ that’s weirdly shaped like a cricket pitch.

Horizon 5 hasn’t just had visual improvements though, the audio has received vast improvements, meaning that all modern saloon cars have stopped sounding like the famous BMW straight-six engine, with most cars featuring in the game having been recorded by the team behind the game to make sure the authentic sound is being used.

There is also now an officially licensed soundtrack on the game, something that could be a criticism of the previous games. A good driving game needs a good soundtrack, and now with the expansions of the Horizon Radio Stations featuring songs from some of your favourite artists including Foo Fighters, Dua Lipa and more, you’re really able to enjoy some high-octane fun to the soundtrack you like.

The car selection is impressive and it covers all the bases you’d expect but does have a rather large and surprising Alfa Romeo and Lancia shaped hole, a surprise given that Maserati and Fiat are in the game and they’re all under the same ownership (although the Lancia Delta was sound-recorded by the team so expect it’s arrival soon.)

Representation is now an important part of entertainment and Forza pays respect to all players with its inclusion of pronouns to choose from when creating your character, as well as the choice of prosthetics for those of us who use them - a nice touch. 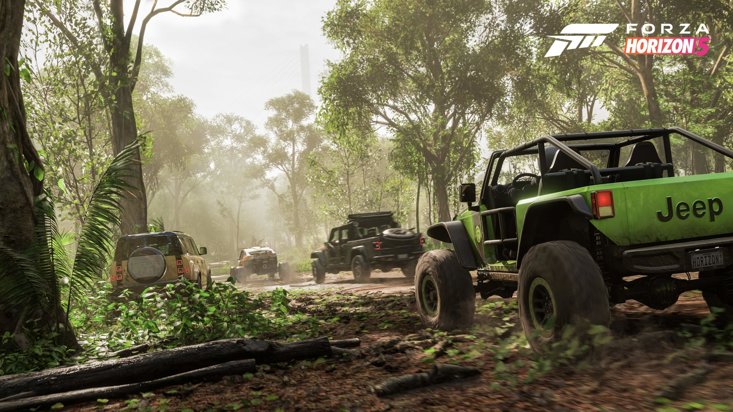 If you’re looking for negatives or reasons to wait for a sale, there are only a few things that might put you off for now. There seem to be network issues, as you disconnect frequently from the Forza servers constantly, however that will more than likely only be a temporary issue. The staple cars of the modern era haven’t really been updated, with cars like the Mercedes-Benz A-Class still being over five years old and the M Series BMWs are still stuck in 2014 despite numerous updates to the model since then. Maybe they’ll arrive with the live service model of the game, but so far, we’re still waiting.

The final point that might put off very specific racing game fanatics is the fact that this isn’t a racing simulator. It’s an arcade-style racing game that can be adjusted to be realistic with wheel locking and manual gear changes and other options to increase the realism, but if you’ve spent thousands on a rig to become the next big thing in the Esports racing scene, don’t expect it to tick all the boxes.

On the whole, Forza Horizon 5 takes the winning formula from its four predecessors and uses every bit of horsepower your console/PC can give to create the perfect racing game, whether you’re descending down a mountain in a suspicious yellow Ford Bronco or overtaking a jet in the incredible Mercedes AMG One.

x
Suggested Searches:
The Sportsman
Manchester United
Liverpool
Manchester City
Premier League
More
esports
Football Manager 2022: The Ultimate Management Sim Is Back
Dig out your favourite throwing water bottle and prepare to demand more, Football Manager 2022 is here. [ ... ]
esports
How To Spend Your First Day On Football Manager 2022
Call in sick, make a brew and unplug the phone (if you’re one of seven people in the world that [ ... ]
esports
Is eFootball Really The Worst Football Video Game Of All Time?
You’ve seen the memes, laughed at the glitches, and mourned its role in killing the iconic Pro [ ... ]
esports
Five Iconic FIFA Games: From The Dugout To The Streets
The wait is finally over, as FIFA 22 hits PC and consoles today. We have already test-driven the latest [ ... ]
esports
FIFA 22 First Impressions: How Does EA's Football Giant Measure...
The temperature has dropped, the nights are getting darker and the leaves are turning brown. You know [ ... ]
esports
Everything We Know About Pro Evolution Soccer's Transformation...
The Pro Evolution Soccer era is coming to an end. Konami has dropped the name and announced [ ... ]
esports
Take Your New PlayStation 5 To The Next Level With These Essential...
It is finally here, but are you ready? After the now traditional seven year wait, the new generation [ ... ]
esports
Insane Gaming Chairs For The PS5 And Xbox Series X To Take You...
The fridge is stocked, the controllers are fully charged and that shiny widescreen TV is glowing. The [ ... ]
esports
From Custom Garages To Classic Tracks, Get Ready For Gran Turismo...
Finding the best racing game for you, is akin to finding the perfect beer. The one that hits the spot, [ ... ]
esports
From Arena Building To A Revamped Career Mode, The 5 Best New...
Autumn has arrived in the Northern Hemisphere, meaning that the ‘holiday’ season of gaming [ ... ]
esports
From Fatboy Slim To Franz Ferdinand, The Five Best FIFA Soundtracks...
FIFA 21 is out this week and that means a fresh new soundtrack. Sure, we love the football, the gameplay [ ... ]
esports
Norris Drives On At 'Not The Australian Grand Prix' To Help...
McLaren driver Lando Norris might not have yet reached a podium position or recorded a fastest lap in [ ... ]
esports
A $500K Prize Pot & The Chance To Show Pros How It’s Done -...
The final showdown of the Formula One Esports series takes place on Wednesday and the winner will [ ... ]