Football
News
The Everton star's form over the last four years has caught the eye of some of the big guns in Europe
Conor Keane
14:38, 23 Jun 2022

The summer transfer window always provides plenty of twists and turns during the build-up to the new season. One minute a player can be settled in his current environment, the next he’s off for a medical. This year it feels like this could be the case for one the standout stars in the Premier League, Everton’s Richarlison.

The Brazilian has spent the last four seasons at Goodison Park, evolving into one of the Toffees’ best players as well as becoming a firm fan favourite. While Everton’s most recent Premier League campaign was far from ideal, Richarlison was one of the few players who looked sharp throughout and his 10 goals proved to be crucial in keeping them in the top flight. With 53 goals and 14 assists in 152 appearances for the Merseyside outfit, Richarlison has justly caught the eye of some bigger fish.

His development at Everton has not gone unnoticed and three Premier League clubs are reportedly looking to sign him ahead of the 2022-23 term. We take a look at the interested clubs and assess what they can each offer him should he join them.

Chelsea are certainly going to be desperate for attacking reinforcements when Romelu Lukaku’s loan move back to Inter Milan is confirmed. Following the significant investment in the Belgian striker last summer, it remains to be seen how much the club will invest in players this time around. Richarlison’s versatility to play on either flank or through the middle of a forward line could be beneficial if he moved to Stamford Bridge. The pull of Champions League football could be key when deciding the next chapter of his career. 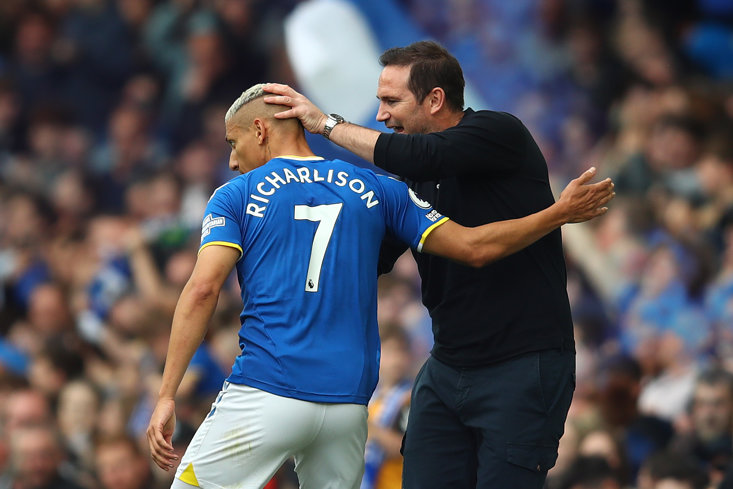 His versatility would be a welcome addition at Arsenal as Mikel Arteta tries to strengthen his side so that they are better equipped to qualify for the Champions League next term. The Gunners will be after more firepower in attack and Richarlison certainly ticks the boxes for a player who can score, create and link play up well with his teammates. With Alexandre Lacazette gone, only Eddie Nketiah remains to form Arteta’s striking options so a move for the Brazilian would make sense.

The 25-year-old has been linked to Tottenham a lot in recent years and he has the qualities in an attacking player that manager Antonio Conte likes. However, Spurs would be the hardest place for Richarlison to break his way into the team given the world-class form the front three were in during the second half of last season. Harry Kane and Son Heung-min are two of the best in the world for their positions and it is rare that either would be dropped. He may compete with Dejan Kulusevski for the third spot but even that will be challenging.

The French club would certainly have the resources to fund a move for the attacker, especially if reports are to be believed and they are looking to off-load Neymar. This would free up a spot in their glamorous front three alongside Lionel Messi and Kylian Mbappe and to play with those two would be tempting for most players in the world. He would certainly receive a bumper pay rise and he’ll be guaranteed Champions League football most seasons.