Claudio Ranieri is fearing for his future after it was revealed that Fulham’s beleaguered boss has today been called in for crunch talks following last night’s desperately disappointing 2-0 defeat to relegation rivals Southampton.

Ranieri has only been in the Fulham job for a touch over three months but poor performances, rotten results, and an increasingly disgruntled fanbase means he’s now in severe danger of becoming the sixth top-flight boss to lose his job this season - the first of which was, of course, Slavisa Jokanovic.

19th-placed Fulham are now a surely insurmountable 10 points adrift of safety with just 10 games to go, meaning they could well pull the managerial trigger ahead of the weekend’s clash against West London neighbours Chelsea.

Here are four potential replacements for Ranieri, should he be sacked.

Fulham could opt to stay in-house and give Scott Parker his first venture in senior management.

The 38-year-old, who made 128 appearances for Fulham, is currently working as a first-team coach under Ranieri, a position he was handed by former boss Jokanovic last summer.

Parker previously coached Tottenham’s U18 side, and prior to that completed his UEFA badges and oversaw Fulham’s academy.

The Sun now reports that Parker could be the man to step in until the end of the season on a caretaker basis.

Given that Fulham’s hopes of a Great Escape are pretty slim, they could look to the future and decide to appoint a manager with experience of leading a club into the Premier League.

The German-American incredibly led Huddersfield to promotion, via the play-offs, in 2017, then went one step better by preserving the club’s Premier League status last season. The Yorkshire outfit struggled to get going this time out, and Wagner reluctantly decided to call it quits last month.

A summer appointment may be more likely, but after six weeks away from management, the out-of-work gaffer could perhaps be persuaded to make a swift return.

Henry Winter
@henrywinter
Got huge respect for Scott Parker. Intelligent, driven, ego-free, team man, obviously has so much to learn about management, setting up teams etc, but he has the people skills to make it.
16
152

It may not have worked out for Slavisa Jokanovic at Fulham this season. Back in November the Serbian became the first Premier League gaffer to be sent packing...was it premature? His replacement Ranieri has had a stinker, and Jokanovic would no doubt have backed himself to lead Fulham out of their rut.

Whether he would return is another matter entirely, but his Fulham side were an absolute delight to watch in the Championship and - should they be relegated - he could be tempted to return and attempt to bag his third promotion to the top-flight.

The football sphere is still awaiting the return of Sam Allardyce who has not been seen in management since Everton ditched him for nemesis Marco Silva last summer. That’s not to say he’s disappeared from the spotlight; only today he was bizarrely trumpeting American President Donald Trump - click here if you’re remotely bothered.

Big Sam has incredibly escaped relegation throughout his managerial career, saving the likes of Bolton, Blackburn, Crystal Palace and Sunderland from the dreaded drop. He’s unlikely to fancy taking the Fulham job right now, given Fulham’s position, but you can never say never. 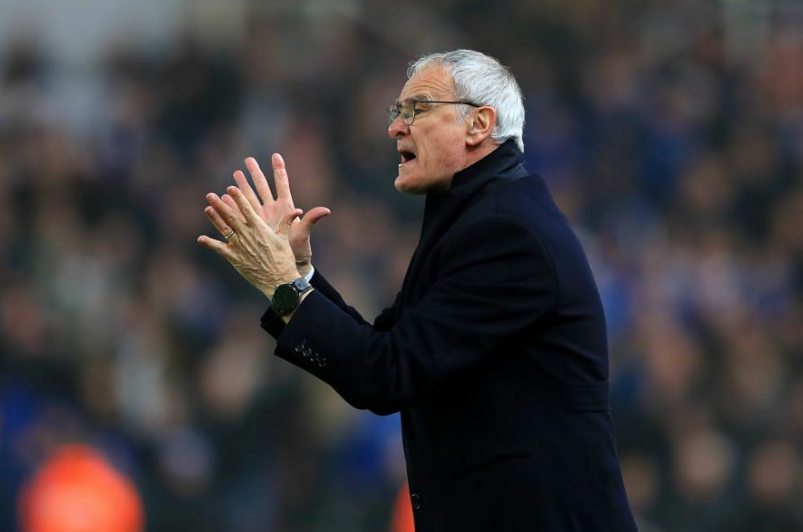 6
10
More
football
Get Ready For A Nostalgia-Fest With Italia '90 Podcast Vincerà!
Hosted by Mark Godfrey and running from June 8th to July 8th, Vincerà! is a 24-part podcast series [ ... ]
football
Harry's Heroes, Vinnie Jones And Revenge At The Battle Of San...
When Vinnie Jones started crunching San Marino players left, right and centre, it was clear the friendly [ ... ]
football
Prodigal Talent Of The German Game Is Turning RB Leipzig Into...
This article first appeared in The Sportsman on 07/12/19 What were you doing at the age of 28? If it [ ... ]
football
''I Was Really Wasted'': When Jurgen Klopp Woke Up Hungover...
This article first appeared in The Sportsman on 05/09/19 Anyone watching the Amazon Prime documentary [ ... ]
football
Book Review - Yer Joking Aren't Ya?: The Story Of Middlesbrough's...
In 1997, Middlesbrough Football Club reached the finals of both the League and FA Cup, had the might [ ... ]
football
Carragher's Brilliant Podcast Shows The Greatest Games Are The...
What’s the greatest football game you’ve ever seen?  Jamie Carragher doesn’t [ ... ]
football
Red Bull And The Football Training Centre Of The Future... Today!
It is now 33 years since Red Bull sold its first ever energy drink. Pre-April Fool’s Day 1987 [ ... ]
football
On This Day Messi's Barcelona Tally Hits 500 In El Clásico Triumph
If you’re going to hit a milestone, and one that no one in your club’s illustrious history [ ... ]
football
The Secret Behind The Success Of Lineker, Shearer And Wright's...
The unavoidable hiatus to the broadcast of the BBC’s flagship football programme will not deny [ ... ]
football
Neymar Jr... Junior! Santos Like The Look Of Ronaldo-Imitating...
On March 7 2009, a slightly-built 17-year-old from Mogi das Cruzes, São Paulo, walked out onto [ ... ]
football
Business As Usual: A Beginners Guide To The Belarus Premier...
If you’re going out of your mind without your football fix, well we’re sorry you just haven’t [ ... ]
football
Why June 30 Could Be D-Day For The Fate Of Premier League Season
England captain Harry Kane has added his voice to the growing calls for the Premier League season to [ ... ]
football
You Heard It Here First - Brescia's Sandro Tonali Is Italy's...
Since winning the World Cup in 2006, it has been turbulent time on the international stage for Italy. [ ... ]
football
A Reunion With Ancelotti Could Resurrect Rodriguez's Stuttering...
No club chews up and spits out world class players quite like Real Madrid. Yet, their sense of entitlement, [ ... ]
football
'Quickly Kevin' Is The 90s Football Nostalgia Podcast To Beat...
While the majority of sports podcasts scramble to fill the minutes within the disruption of the [ ... ]
football
Where Did It All Go Wrong For Phil Neville And The Lionesses?
Winning, Phil Neville recently said at the SheBelieves Cup, is what would bring England’s women [ ... ]
football
''Drop A Few Hand Grenades'' Keegan's Advice To Scholesy The...
A packed out Wembley roared like one of those indomitable Three Lions to greet England’s new messiah. [ ... ]
football
Rise Of The Couch Coach: Coronavirus Causes 119% Surge In Football...
Thousands of us are flocking to virtual reality and gaming to help fill the void of no live football, [ ... ]
football
Review: Diego Maradona - Drop Yourself Into The Great's Chaotic...
When Diego Armando Maradona arrived at Napoli in 1984 for a world-record fee, the entire city ground [ ... ]
football
Arsenal's Tough Choice - Is Donyell Malen The Ying To Aubameyang?
Arsenal’s inability to manage the contractual situations of their biggest stars has plagued them [ ... ]
football
Robbie Fowler Is Making His Mark As A Manager With Brisbane...
The curtains came down on one of the last bastions of football standing in 2020 this week. Before the [ ... ]
football
Long Live The King: Eric Will Always Be Manchester United's...
“If ever there was one player, anywhere in the world, that was made for Manchester United, it [ ... ]
football
I Was There - The Day Football Came Home To Wembley
The closest I ever got to attending the original Wembley Stadium was on its final day in operation in [ ... ]
football
'Sunderland Til I Die' Heads To The Boardroom In Netflix's Second...
The docks have been left deserted. The wealth has dried up. Wearside has become an impoverished place [ ... ]
football
How Chief Creator Silva Became New Face Of Premier League
Football has been cast into uncertainty by the coronavirus pandemic. As it stands, nobody is sure if [ ... ]
football
Lookback:Chelsea 6-0 Arsenal When Arsene's 1000th Game Went...
It was supposed to be an occasion to celebrate for Arsene Wenger, but his 1000th game in charge of Arsenal [ ... ]
football
Ronaldo, Kane, Hazard - The Winners And Losers Of Euro 2020...
So as of this week Euro 2020 became Euro 2021. Another casualty of the global Coronavirus epidemic. [ ... ]
football
Time To Act And Move The Premier League Transfer Window
When my husband had an ear infection, I used my medical knowledge to help him. I said the best thing [ ... ]
football
Southgate Shows Strong Leadership With Rallying Cry To Fans
England head coach Gareth Southgate has sent a rousing message to national team fans as football continues [ ... ]
football
Lookback:Spurs And Chelsea's Eight Goal Thriller
In the three full seasons of Jose Mourinho’s first spell as the club’s manager, Chelsea [ ... ]
This website uses cookies
Cookies help us and our partners provide statistics. By browsing this website, you consent to the use of cookies in accordance with our Privacy Policy and Cookies Policy.
Accept & Close