On this day four years ago, England’s young lions conquered the world. Led by Steve Cooper, now in charge of Nottingham Forest in the Championship, England’s U17s won the World Cup in India and proved that this country was producing talented young players. But where are the starting XI, that beat Spain 5-2 in the final now - and have they fulfilled their potential?

Anderson was Manchester City’s young prospect at the time and performed well for England in the tournament. He dragged the team through their last 16 tie against Japan, saving a crucial penalty in the shootout before scoring one of his own, but his career hasn’t flourished in quite the same way as some of his teammates.

After a spell in the United States with Charlotte Independence he joined Wycombe Wanderers in 2020 and has since spent spells on loan at Walton Casuals and his current loan club, Eastbourne Borough. Still only 21, he has plenty of time to make it to the top.

Sessegnon may not have got the big money move that his brother got to Tottenham, but he did play a big role in England’s World Cup win from right-back. He started in the final and has played for the U21s since then, but his club career hasn’t quite taken off. A loan spell at Bristol City last term gave him game time but he is now unable to get into stacked Fulham squad in the Championship.

Another Manchester City loanee, Latibeaudiere has now joined up with Swansea City in the Championship and as a young defender, is still learning his trade in a tough division. He went out on loan to FC Twente and having left City without making a senior appearance is now finally getting game time in the second tier.

Another former Chelsea youngster, Guehi’s breakthrough season came on loan at Swansea under the same manager, Steve Cooper. He was part of a defence that took the club into the play-offs and in the summer, he got a Premier League move to Crystal Palace, where he has become a regular. With more game time, he could well find himself in Gareth Southgate’s England squad - having already got on the scoresheet in one World Cup final.

The then-Chelsea youngster has forged a career in France and is now playing for England’s under 21s. Having left Stamford Bridge for Monaco, he worked his way through the set-up there before a loan spell in Brugge got him a move to Dijon. However, he was part of a side that finished bottom, got relegated to Ligue 2 and Panzo is now playing in France’s second tier.

Wolves’ hottest property scored twice at the World Cup, including the equaliser in the final and has made steady progress since then, into the u21s. At club level, he is highly rated by Wolves but not quite ready for the Premier League and out on loan, is now a key member of a Sheffield United side attempting to gain promotion at the first time of asking.

Still at Chelsea, McEachran clearly has bundles of talent and was England’s metronome during that tournament. He has spent loan spells at Camburr and MVV, but is now back in Chelsea’s youth set-up looking for a pathway to the first team. 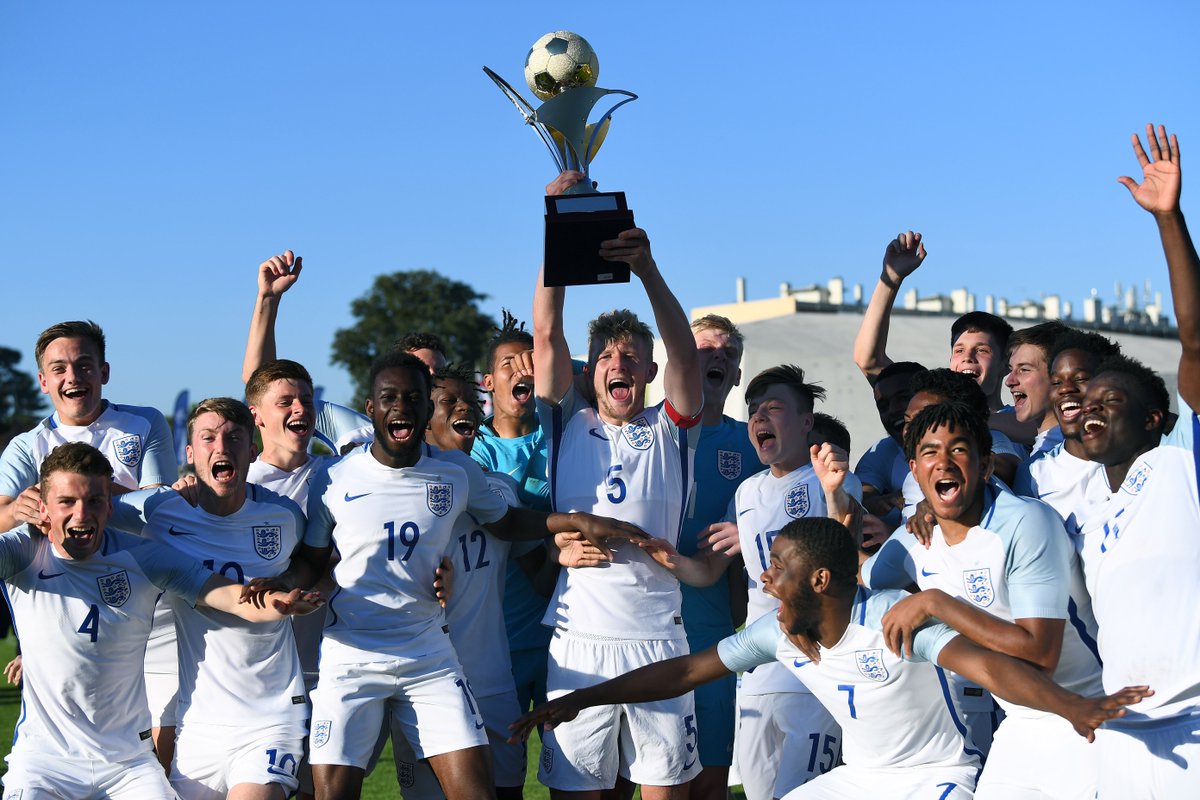 The former Tottenham youngster is finally getting a taste of first team football in the Championship with Stoke City, having moved in 2020 after rejecting a contract from the London club. He made 13 appearances last term but has struggled to break into the first team this season.

Hudson-Odoi is now a fully-fledged England international, with 60 Chelsea caps to his name. One of the hottest young attacking talents in the Premier League has been linked with a move away to Bayern Munich in recent years, but is now looking to establish himself in Thomas Tuchel’s side.

Brewster scored a remarkable eight goals during the World Cup, including one in the final, a hat-trick in the semi-final and a hat-trick in the quarter-final. His Golden Boot was spectacular and he is a regular for the u21s, but his bravest move came as he left Anfield for Sheffield United.

Unfortunately he was relegated, but is now finding his feet in the Championship once again - looking to rebuild his confidence. There is one hell of a player in there waiting to be unleashed.

Does anybody know what happened to this kid, who won the Golden Ball and scored two goals in the World Cup final? He just might be England’s best player of a truly special generation.