Fantasy Premier League is back and let’s not forget the pesky Friday night fixture which so often catches out managers at this stage of the season.

That means that the deadline to change your teams up is 7pm tonight, just one hour before the basement battle between Norwich and Watford gets underway.

This weekend also presents a major problem for managers as the two best teams in the division go head-to-head, leaving many bosses with that dilemma of having players in your side playing against each other.

Below we run through three quick tips on how to make this seemingly difficult gameweek tip in your favour.

Vardy party to continue against Arsenal

After the destruction of Southampton, FPL bosses rushed to bring Jamie Vardy into their sides and he produced with a goal last weekend.

However, for many, this fixture against Arsenal looks golden for Vardy, who has scored more goals against the Gunners than any other Premier League side.

With eight goals in eight games, the former England striker just has something over Arsenal when he plays them and with Leicester, in such good form, it would be amiss to leave him out of your squad.

Arsenal haven’t kept a clean sheet in any of their last six games in all competitions which makes Vardy a serious contender for the captaincy this week.

Leicester City
@LCFC
This was the first of 4️⃣ goals for Jamie Vardy in October ⚽️
Just how good has @Vardy7 been lately? 🔥
121
1701

One more week of Pukki

If you, like me, are one of the 23.8% of managers who are still showing patience with Norwich striker Teemu Pukki, then unlucky. The Finn has not given any return in the last six gameweeks which after such a promising start is a real disappointment.

However, there is one saving grace to owning Pukki. On Friday night, Norwich host basement dwellers Watford at Carrow Road and if there is ever a time for Pukki to find his shooting boots once more, it is against the Hornets.

Only two sides have conceded more goals in the top flight than Watford this season which makes this the last chance saloon for Pukki.

Strangely, Pukki is the second most transferred out player this week, which simply makes no sense given Watford’s defensive record. If he doesn’t give returns this week, the Pukki party is officially dead.

Be bold with Liverpool and Man City players

This is the one managers will have the most trouble with. Most teams will include three Liverpool and three City players this season given the strength of the two teams so what are you to do when they go head-to-head?

FPL Bottom Line suggests being bold with your picks. If you think Liverpool are going to win to nil then bin off your City players, if only for the week.

If you are expecting goals, then bench those defenders. This is a high-risk, high reward strategy that will see you making up ground on your rivals or falling behind, but many people will make the mistake of having too many big hitters from both sides involved - most of which will not return major points.

Our view of this game is that Liverpool should not only score but win the game. If you own any of the fit City defenders - get rid.

Liverpool’s attackers are worth keeping on the pitch but players such as Raheem Sterling and Sergio Aguero may be worth dropping for one week only. As we say, this is high risk, high reward FPL management but it could lead to massive points.

If you take the opposing view, you can back your City players. But be bold, this is where the big points can be made. 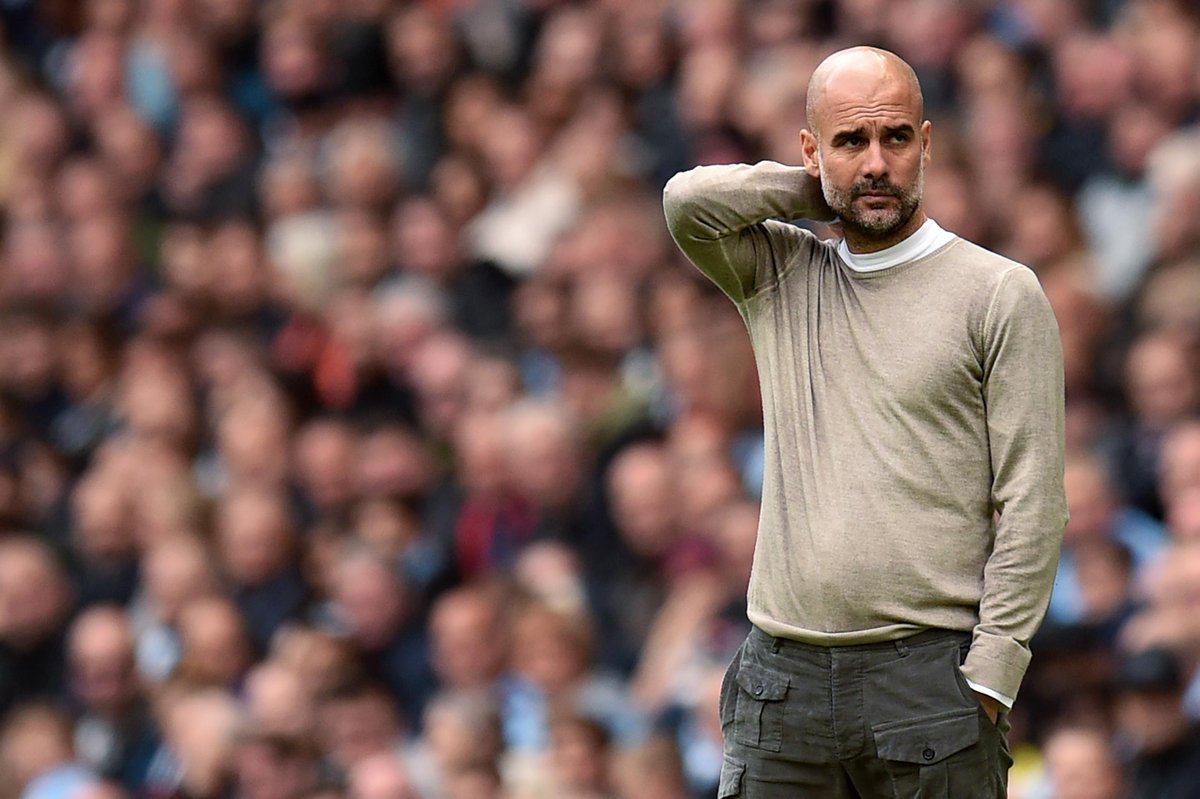 29
405
x
Suggested Searches:
Tyson Fury
Manchester United
Marcus Rashford
Lewis Hamilton
F1
Air Jordan
More
football
Women's Super League: Title Decider Heads Three Key Games In...
Right, enough of all that other nonsense, here’s a Super League we can all get behind. The WSL [ ... ]
football
Could Man Of The People Jurgen Klopp Leave Liverpool After Super...
Jurgen Klopp has always been a man of the people. Whether you love Liverpool or truly despise them, [ ... ]
football
Jose Mourinho Sacked By Tottenham: Three Key Moments That Led...
Jose Mourinho has been sacked by Tottenham Hotspur less than a week before the League Cup final. He [ ... ]
football
European Super League Explained: Here's Everything We Know So...
Competitive football as we know it is being stolen by the so-called ‘biggest’ clubs in Europe [ ... ]
football
Kelechi Iheanacho Fires Leicester Into FA Cup Final For First...
Kelechi Iheanacho continued his stunning form in front of goal to fire Leicester City into the FA Cup [ ... ]
football
Man United Leave It Late To Beat Burnley As Mason Greenwood...
Manchester United last beat Burnley at Old Trafford back in February 2015 heading into this one. And [ ... ]
football
Fulham Suffer Heartbreaking Blow As Arsenal Score 97th Minute...
Fulham were cruelly denied an historic victory and a massive three points as Arsenal scored an equaliser [ ... ]
football
Leicester FA Cup Triumph Can Offset Top Four Worries And Show...
Leicester are flagging badly but this weekend’s FA Cup semi-final against Southampton could be [ ... ]
football
Chelsea End Man City’s Quad Dreams And Reach Fourth FA Cup Final...
Manchester City’s unprecedented quadruple dream came crashing down on Saturday evening after they [ ... ]
football
Norwich City Seal Fourth Premier League Promotion In A Decade
The Canaries don’t even kick a ball until Saturday evening but thanks to Swansea City and Brentford’s [ ... ]
football
Newcastle United Move Nine Points Clear Of The Drop After Win...
Newcastle United took another step towards securing their safety in the Premier League with a 3-2 win [ ... ]
football
Championship Relegation Battle Analysed: Which Team Has The...
Coventry’s 1-0 at Rotherham on Thursday night felt monumental in the Championship and with Norwich [ ... ]
football
Harry Kane Scores Brace But Spurs Top Four Hopes Are Dented...
Harry Kane continued his glorious scoring form against Everton by netting a brace which put him ahead [ ... ]
football
Everton And Tottenham's Faint Top Four Hopes Dangling On Their...
The games have come thick and fast and now we’re entering the business end of the season where [ ... ]
football
Aidy Boothroyd Sacked: Frank Lampard ''Perfect'' For England...
Aidy Boothroyd has been dismissed as England U21 manager after seven years in the England set-up. After [ ... ]
football
Arsenal Cruise Into Europa League Semis With Commanding Win...
Arsenal cruised into the Europa League semi-finals thanks to a phenomenal first-half performance, beating [ ... ]
football
Manchester City's Quadruple Hopes Enter Decisive Eleven Days...
As Phil Foden rattled in the final goal off the Borussia Dortmund post, it was definitive. Manchester [ ... ]
football
Premier League Fixtures: Everything You Need To Know Ahead Of...
The Premier League is here though we have a fractured programme of fixtures owing to the semi-finals [ ... ]
football
Arsenal's Season Rests On The Europa League And Mikel Arteta...
The most important game of Mikel Arteta’s short managerial career? Quite possibly. The biggest [ ... ]
football
Hillsborough, April 15, 1989: Remembering One Of Football's...
On April 15 1989, a warm, sunny, spring afternoon, Sheffield Wednesday’s Hillsborough stadium [ ... ]
football
Quad Dream Remains Alive As Pep And Man City Advance To Champions...
Pep Guardiola reached his first Champions League semi-final with Manchester City after coming from behind [ ... ]
football
Manchester City Ready To End Champions League Quarters Curse...
If Manchester City are to win a historic and unfathomable quadruple this season, they must break their [ ... ]
football
Europa League Quarter-Finals: Everything You Need To Know Ahead...
The Europa League is reaching its final stages as we look forward to the second leg of the quarter-finals, [ ... ]
football
Breathtaking PSG v Bayern Munich Is Why The Champions League...
Utterly breathtaking. If the first leg was an absolute celebration of football the second leg more than [ ... ]
football
Manchester United, City, PSG… Where Could Harry Kane End Up...
Harry Kane has 217 goals in 329 games but still has no silverware to show for his stunning goalscoring [ ... ]
football
Chelsea's Time Is Now, Insists Thomas Tuchel Ahead Of Porto...
Chelsea manager Thomas Tuchel has urged his team not to ‘get lost in dreams, hopes and speeches’ [ ... ]
football
Ten Years Of The Women's Super League Proves Lightning Progress...
On the 13th April, 2011, a new era of women’s football began as the very first game of the Women’s [ ... ]
football
Brighton's Blue Monday Curse Continues But Point Against Everton...
Brighton’s Blue Monday curse continued at home to Everton as their failure to win in the Premier [ ... ]
football
West Brom Keep Slim Survival Hopes Alive With Impressive Win...
West Brom have a mountain to climb but still have a chance of pulling off a great escape to avoid relegation [ ... ]
football
Champions League Quarter-Finals: Everything You Need To Know...
The Champions League quarter-finals promise to be high on entertainment with Bayern Munich and Liverpool [ ... ]