FPL is back again for another proper gameweek after the stretched out nightmare that was gameweek 26, saved for many managers by Kevin De Bruyne’s performance against West Ham. However, after the winter break, we now have all teams back in action across one weekend - just how it should be.

In the week JLS reformed, we’ve given you our three tips for a successful weekend, which once again involve backing a familiar face.

He keeps producing. The England forward is now on course to make it to Euro 2020 and it is no surprise that he is the player that has been the most transferred in this week. 186,800 managers have decided to bring him in, many of whom will have sold him in recent weeks.

However, with a whole host of favourable fixtures coming up in consecutive weeks, it is now almost impossible not to own the Saints striker. Aston Villa (H), West Ham (A) and Newcastle (H) are his next three fixtures and you would expect him to be on the scoresheet in at least two of those games. Simply put, Ings is the new Vardy. Now owned by 32% of teams, he is not a differential but could well be captain material over the upcoming weeks.

Wolves For One Game Only?

Despite not scoring in the past two gameweeks, or in the Europa League in midweek, it feels like Wolves’ main man Raul Jiminez is going to return big points soon. Having said that, Diogo Jota now looks like a tempting option having scored a hat-trick against Espanyol. With Adama Traore also having a flying season, it seems impossible to ignore the trio who could put Norwich to the sword this weekend.

The basement club performed well against Liverpool but ultimately still lost, and the Canaries have been wretched away from Carrow Road this season. Wolves are going to score, and it could well be one of the front three bagging bonus points this weekend. Our pick is the reliable Jiminez. 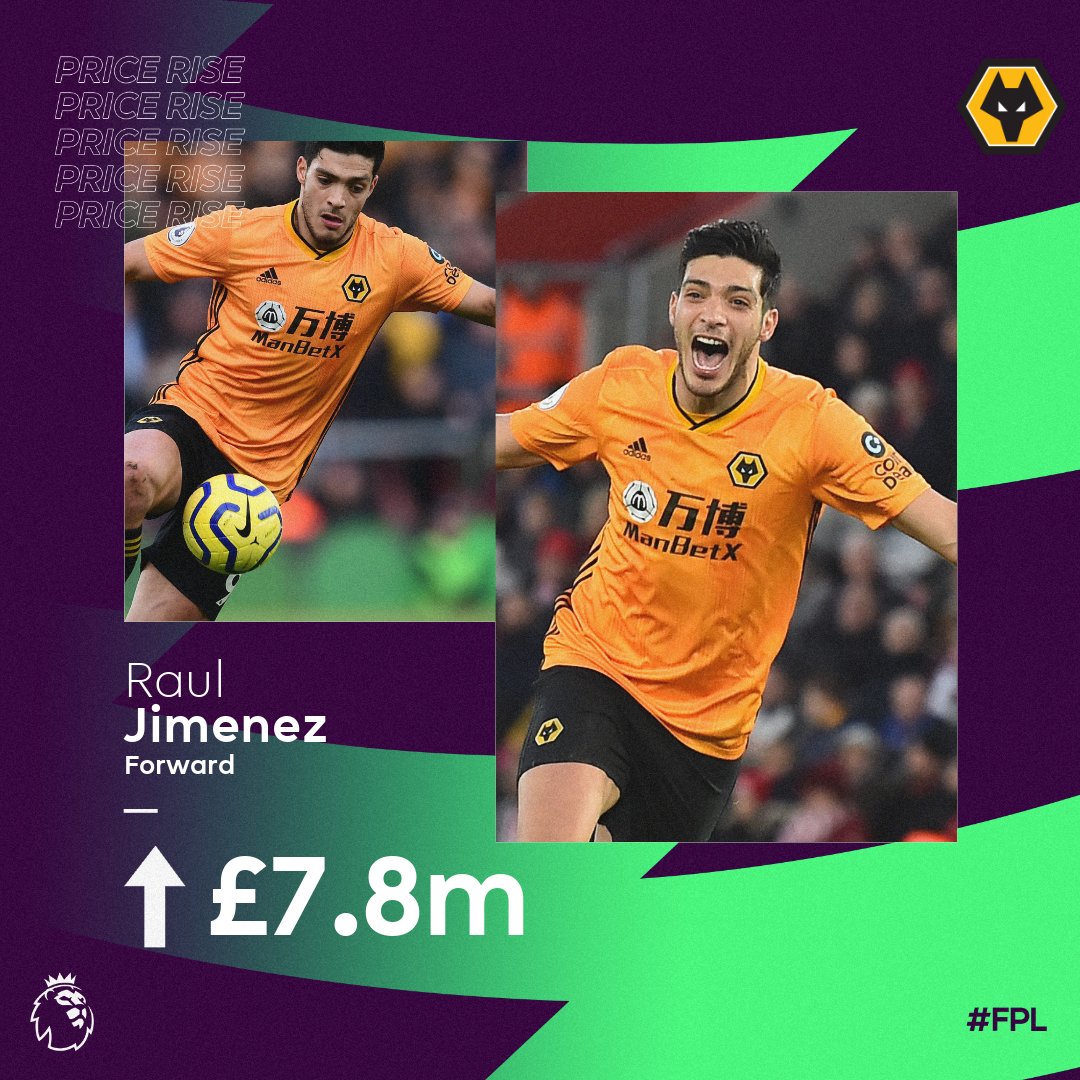 Ole Gunnar Solskjaer appears to have settled on his preferred formation. The 5-2-1-2 worked perfectly against Chelsea as the back five provided solidity and a platform to build from. Aaron Wan-Bissaka provided an assist from the right but the bargain option is on the other side of the pitch, where Brandon Williams has established himself as the first-choice left wing-back, with Luke Shaw playing centre-back.

His attacking intent is clear at home and priced at just £4.1m he is a true bargain on the game. Manchester United face Watford this weekend and against a side who should sit in and defend, we are hopeful of a clean sheet. We love a wing-back, we love a bargain and Brandon Williams is the best of both worlds.