Football
News
The Blues boss has problems with players, that he has to sort out quick smart
Rebecca Knight
11:55, 11 Feb 2020

To get the best out of people, you need to manage them well. That means getting their respect, getting them to want to work for you and understanding what makes them tick. Now, some people are just dreadful at that. Take Professor Snape for example. A bully at best, he terrified his students to the point of nervous breakdown.

Then you get the people who are great, but only for the people they really like. Yes, Albus Dumbledore, I’m looking at you. 10000 points to Gryffindor because my boy Harry breathed. Finally, you get the people who simply bring out the best in everyone because they’re firm but fair and treat everyone equally. Step forward and take your crown, Professor McGonagall.

At the start of the season, it looked as though Chelsea manager Frank Lampard fell firmly into the McGonagall category. She is of course a transfiguration teacher, and Lampard looked as though he was ready to turn this Chelsea side into a really good outfit, moulding the younger players and improving the established ones. It seemed it was working as well, with the young stars finally getting a chance and thriving.

However, as the season started to go on, Lampard decided to channel his inner Dumbledore. Any time Tammy Abraham so much as looked at the football, it was ten points to Gryffindor. Michy Batshuayi meanwhile had house points deducted quicker than he could say Spongebob Squarepants, and Olivier Giroud? Don’t even go there, because He Shall Not Be Named.

Time and time again of late Lampard has bemoaned his striking options, and yes, there’s no doubt the club’s board possess the capacity of a squib at times but Lampard has always had three strikers at Chelsea, not just one. Fine, Michy might not be everyone’s cup of tea, but Olivier Giroud is Slytherin to Abraham’s Gryffindor. They’re night and day in terms of how they play and what they can offer a side in terms of tactics - but they both offer you magic when it comes to goals. 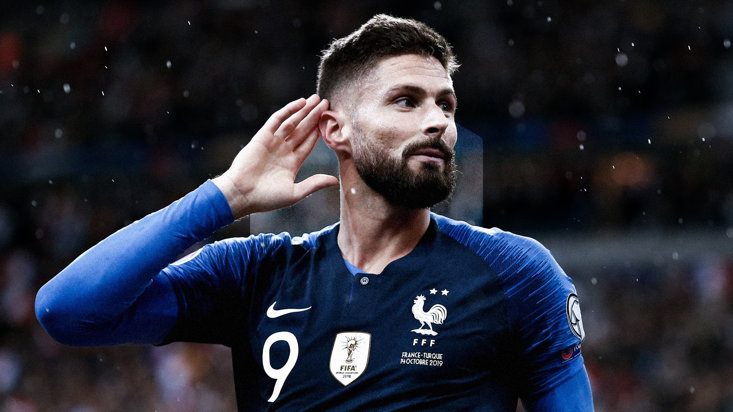 Lampard’s refusal to even attempt to try a plan B with Giroud speaks to not only a tactical rigidity in terms of his style of play, but appalling man management to boot. He can talk up Giroud’s attitude in the media all he wants, but at this point, Chelsea are effectively holding Giroud in Azkaban - a well paid prison, make no mistake, but a prison nonetheless. He’s not going to feature and has Euro 2020 to think about.

The impact that’s going to have on his morale will be significant. It can also affect the dressing room, and Chelsea are a club who know more than most how quickly things can explode when that happens. Then you look at Kepa Arrizabalaga. Lampard has bypassed Dumbledore there and gone full Snape v Neville Longbottom.

Kepa was dropped for the game against Leicester City, and Willy Caballero performed much as Chelsea fans might have feared. One good save does not mean he’s a good keeper and he cost them dearly late on. Reports now suggest Lampard is pressuring the board to get rid of Kepa this summer and bring in Nick Pope - fair enough - but they also hint at Lampard dropping Kepa in the meantime and fighting for the top four with Caballero.

Oh, and playing Bayern Munich and Robert Lewandowski with him in net as well. Bayern won’t need a magic wand to get through to the next round if that’s the case but Caballero might want an invisibility cloak come full time.

Of course, sometimes managers don’t fancy certain keepers and want others in. Fair enough, but it’s the way you go about it. Man City would’ve been far better off keeping Joe Hart while Claudio Bravo acclimated to the league, allowing Bravo some breathing space. Instead, Pep ousted Hart and shoved Bravo in - who never fully recovered his confidence, even when he did recover his form.

The smart thing for Lampard to do here would be to spend some time with Kepa and build up his confidence again, opting for Kepa until the end of the season. Kepa has shown he’s not a bad keeper, and yes, he’s struggled this season - badly at times - but even on his worst day, he’s still as good as Caballero on his best.

Lampard is a young manager, and one who has done so well up to this point, but part of being a manager is making what you have around you work - and he’s failed to do that with some of this squad. The likes of Giroud have shown time and time again how good they are and what they can do - yet remain ignored. It could be a harsh lesson for Lampard as Chelsea find themselves drawn into a tough fight for a Champions League spot, and his refusal to consider Giroud and determination to oust Kepa could cost them dearly.

The Blues boss might want to walk into the Room of Requirement and pick himself a new goalkeeper and forward, but in reality that’s not going to happen, so he’s going to have to embrace his inner Professor McGonagall and work to transfigure what he’s got into what the side needs.