A cracking 10-furlong 3yo handicap gets us underway in front of the ITV cameras on day two of the July meeting at HQ.

Sir Michael Stoute’s team have turned a corner lately and his INIGO JONES can keep the fantastic Freemason Lodge form going. His third to Mohaafeth and Secret Protector in a small field listed contest at the Guineas meeting looks all the better now after they finished first and third in a Royal Ascot Group contest and are rated 112 and 107, respectively. He has been given time to recover from that and a mark of 96 may still underestimate him.

King Of Clubs was a strong fancy of mine at Sandown four weeks ago when he was just denied. He still got edged up 1lb for that effort. Although the form has not totally been tested, the fourth home has been beaten since, but it is too soon to give up on him and he is a threat.

York handicaps give me nightmares and we start Friday with one over a mile and a half with three last time out winners heading the betting.

CORMIER is a useful hurdler who was second in the Swinton Hurdle at Haydock in May and took nadvantage of a reduced flat mark to score easily at Pontefract six weeks ago. He still looks well treated off this 6lb higher mark and looks a worthy favourite.

Noble Masquerade is the mount of Tom Marquand who won on the all-weather a fortnight ago. He is ultra-consistent but the slight 3lb rise asks more of him on his first visit to the Knavesmire.

Bollin Joan won over course and distance a month ago and was also in the winners’ enclosure on Monday at Ripon. The 5lb rise is offset by Ella McCain’s claim and she could go close to making it three from four.

At a bigger price, Eagle Court is just 1lb higher than when winning on soft ground at Nottingham in October. He was well beaten when fancied in the November handicap and has not shown much in three starts this campaign but looks too well treated to totally ignore.

The G2 Duchess of Cambridge Stakes (Cherry Hinton to our older readers) sees the 1-2-3 from the Albany Stakes at Royal Ascot reoppose with the well beaten favourite there also looking to bounce back.

Sandrine handled the heavy conditions best of all on the Friday of that meeting to back up her all-weather debut win at 16/1 in comfortable fashion, coming from off the pace. I will take HELLO YOU to reverse the form though. She was incredibly impressive on her debut at Wolves and was up with the pace for the whole way in the Albany, looking likely to fend everything off a furlong out. Rossa Ryan gets back on board, and she may be held onto for longer here on the climb to the line. She was sent off 5/1 second favourite three weeks ago and can prove the strongest here back on quicker ground.

Flotus was made favourite for that contest after an easy debut success at Goodwood and was bang in contention and travelling well two furlongs out but weakened very quickly in the final furlong to finish well beaten. Franke Dettori keeps the faith, and she could easily bounce back. 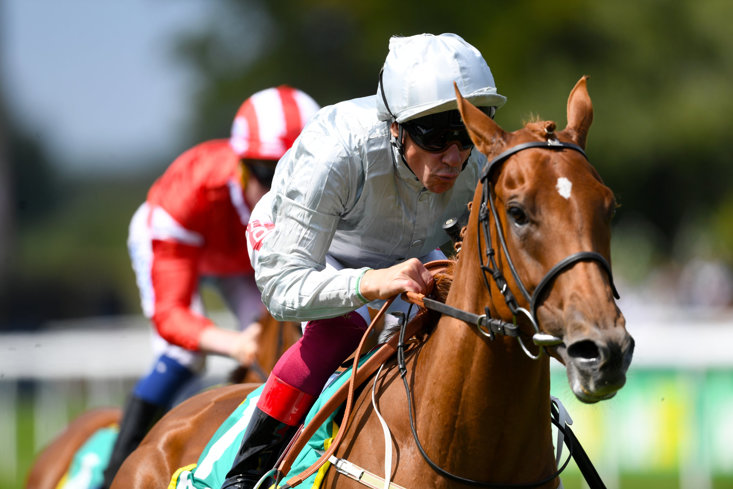 DETTORI WON THIS RACE IN 2019 ON RAFFLE PRIZE

A competitive renewal of the Group 3 Summer Stakes for fillies takes place at 2.40pm.

The lightly raced Vadream outrun her 28/1 price when third at Royal Ascot in the Jersey Stakes and is joint best in on the figures alongside LIGHT REFRAIN who was eleven lengths further behind but had previously won at listed level at Nottingham and was a close fourth to Rohaan and Dragon Symbol in the Sandy Lane at Haydock, which is fantastic form. The Queen’s runner drops back to six furlongs here and handles soft ground well. She looks to be the reason Tom Marquand frequents the Knavesmire this afternoon and was a close second on her only York visit as a juvenile.

Onassis is down in grade and trip after being well beaten over a mile at Ryal Ascot. That was a group two and she won at that meeting last year but must give weight to the pair of 3yo’s.

Dandalla was a Royal Ascot winning juvenile and ran much better back there in the Commonwealth Cup last time. She is a big player if building on that effort after two poor runs earlier in the campaign while Declaring Love has been one of the success stories of the year, rapidly climbing the handicap and progressing further when a close fourth in the Temple Stakes seven weeks ago. Similar sentiments go to Mo Celita who has improved almost 30lb since joining Adrian Nicholls, starting life in sellers, and was beaten just a length when fifth at the royal meeting.

The day’s big betting race at Newmarket is the 1m 6f bet365 Trophy.

Plenty of these met at Royal Ascot when Amtiyaz, given a peach of a ride by Hollie Doyle, land a 33/1 success with Global Storm back in third and Arthurian Fable fourth. They have been edged up 4lb, 2lb and 1lb respectively and I would just side with Arthurian Fable to turn the form around with both. He is on slightly better terms and was a little messed around with in the home straight having to switch twice. Ryan Moore is back on board, just as he was when winning at Sandown this time last year. 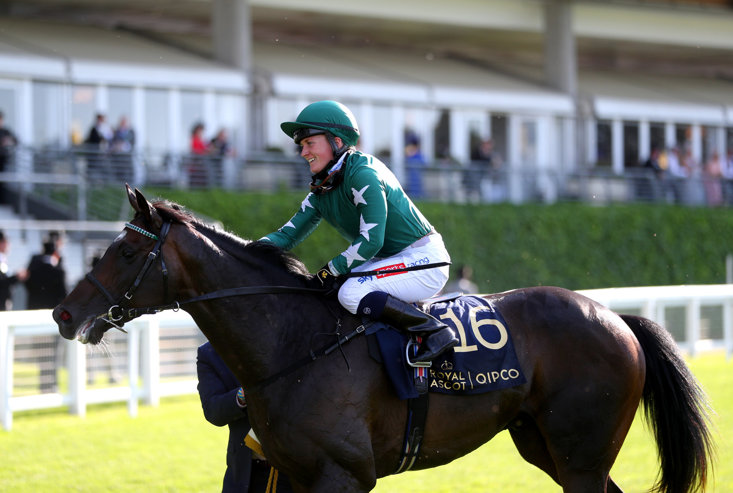 AMTIYAZ WAS A WINNER AT ASCOT RECENTLY

Throne Hall was tipped up in these quarters in the same Ascot race but never got competitive. He was out the back early and had to challenge wide. It did not go to plan and better can be expected here.

The vote goes to PRINCE ALEX. He signed off his 3yo career with a five-timer and although beaten on both starts this term, I do not think it is a case of the handicapper catching up. He was staying on on both occasions, at Salisbury behind the progressive Opera Gift and then just denied by subsequent winner Nuit St Georges at Goodwood. The stiffer finish should suit, and he gets in off a nice racing weight of just 8-9.

The Falmouth Stakes has brought together the best milers that the fairer sex has to offer. I cannot think of any top class miler from the fillies and mares division that has not been declared.

Plenty of them met over two contests at Royal Ascot. Alcohol Free turned around 1000 Guineas form with Mother Earth when beating her into third with Snow Lantern separating them in the Coronation Stakes. The Ascot race was run in heavy conditions but Alcohol Free is a really consistent sort who has proved herself at the trip and is a solid proposition. Mother Earth may appreciate the return to better ground while Snow Lantern is clearly improving fast.

Snow Lantern’s dam, Sky Lantern was disqualified from this race a few years ago so has a sense of unfinished business for connections.

Back in fifth at Ascot was champion juvenile Pretty Gorgeous. She travelled into the race well but weakened in the closing stages. That was a similar performance to her return in the Irish 1000 Guineas, but there will be no excuses on her third start of the season and will be interesting if strong in the market.

The other form line is for the older horses. LADY BOWTHORPE had Queens Power and Lavenders Blue behind at Newmarket on the Rowley Mile earlier in the season and then confirmed that form when just finding Indie Angel too good at Royal Ascot. Indie Angel was given an inspired ride from Frankie Dettori as he tracked the field and then switched to the favoured stands side to score impressively. I thought Kieran Shoemark went for home a long way out on Lady Bowthorpe down the centre of the rack and was seen to best effect when finishing late to win the Dahlia Stakes in May. A repeat of those tactics could land her a first Group 1, although it won’t be easy conceding 10lb to the classic generation.

Primo Bacio looked very good when beating Snow Lantern at York in May and missed Ascot on account of the ground. She wasn’t far behind Alcohol Free in the Fred Darling in April and is also respected.