Two days of Sandown features flat racing on the first day with a Derby Trial in the mix before the final day of the Jumps season follows on Saturday when Champions of the National Hunt season will be crowned.

We will concentrate on Friday’s flat action first with four races in front of the ITV cameras.

The Esher Cup is always a tricky puzzle to solve with ten lightly raced three-year-olds form leading yards locking horns over one mile, and it would be no surprise if any of them were led into the winners’ enclosure.

Rifleman chased home Noble Dynasty on second start at Kempton before winning easily as odds on favourite their next time. The runner-up let the form down badly at Yarmouth on Wednesday while Noble Dynasty was put in his place, albeit by a potentially useful colt at Newmarket last week while Ilza’Eem was very impressive on his return at Redcar landing odds of 4/11. He was beaten half a length by Wednesday’s winner Royal Fleet back in October and a mark of 89 may not be insurmountable.

Quintulius ran well to be fourth to Greenham fifth Fundamental in a condition contest at Chelmsford three weeks ago and Without Revenge could run well at a price under Hollie Doyle after an easy win at Lingfield when last seen in November, but others may just have a fitness advantage.

Naamoos has top weight after winning a Musselburgh handicap for mark Johnston three week ago, but last Friday DINGLE ran a very eye-catching race at Newbury, beaten just over two lengths in a seven-furlong handicap. He travelled into that race well and just got caught for toe I thought when the pace quickened. He stuck on well for third suggesting the step up to a stiff mile will be of benefit while is also expected to come on for his seasonal debut.

HIGHEST GROUND set lots of tongues wagging after an incredible debut as a 2yo after missing the break at Leicester back in 2019 and was talked of as a Derby type for last season. He ran out of time to be ready for that but made an impressive return, beating Waldkonig off the same terms they meet here, at Haydock. He could not quite reel in Thunderous in the rearranged Dante at York and was well held on soft ground at Newmarket when we saw him last. That is a concern as there are soft ground winners in the pedigree, but he started slowly and never got competitive. I’m inclined to put a line through it and stick with him. His trainer, Sir Michael Stoute, has won this race for the last three years and has started the season in good form.

There is not a lot to choose between these three on interlinking form lines and despite HIGHEST GROUND having more questions to answer after his latest start, he is in the right hands and interesting he is the stables contender for a race they have farmed of late.

Hukum is top rated after his runaway success in a Group 3 against older rivals at Newbury in August. He acquitted himself well in the St Leger too and sets the standard, but the other trio are almost certain to have improved once again over the winter. It will be disappointing if the elder statesmen and stalwarts of these types of events, Extra Elusive or Desert Encounter, prove good enough to take the honours.

The bet365 Mile Group 2 looks at the mercy of PALACE PIER.

He started his career with a pair of victories here at Sandown before adding a Newcastle handicap and then the St James Palace Stakes at Royal Ascot. He was sent off 8/11f for the QEII on Champions Day at Ascot where he lost a shoe and could not reel in The Revenant in his optimum conditions. This looks an ideal starting point for his season and although this maybe a steppingstone to the Lockinge, he should be able to take care of his three rivals.

Poor Happy Power must give the favourite 3lbs here and a stiff mile is a doubt for him with his best form over shorter, while Bless Him, although having a fitness edge, has plenty to find on the figures and six lengths to find on Khuzaam on their Lingfield meeting.

Khuzaam is by far the biggest danger to place Pier on the back of his all-weather final rout over a mile at Lingfield on Good Friday. On the back of that, he has 9lb to find on the favourite’s bets form but his record on turf stands at 0/2, well beaten at listed level and in a handicap and has something prove on that score here. 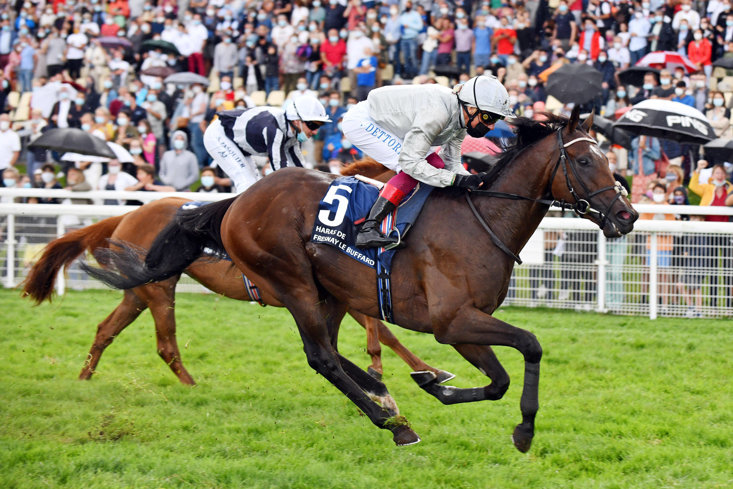 The final race in front of the ITV camera is the Classic Trial with contenders maybe lining up a tilt at Epsom in the Derby.

Likely favourite is Yibir who won the valuable Haynes, Hanson & Clarke at Newbury back in September and landed his maiden at this track the previous month. He makes his seasonal debut here but that did not stop his stablemate, Wirko, winning the Derby trial at Epsom on Wednesday. Another stalemate lines up here too in Adayar. He is less experienced after just two starts but won by nine lengths at Nottingham last October and falls into the ‘could be anything’ category. They have a strong crop of three-year-olds at Moulton Paddocks so it is interesting these are the two they pitch into this trial.

Aidan O’Brien has been running his third and fourth strings of his classic generation in these trials without any success and he saddles Sir Lucan in here. Again, it seems she may be testing the water with this Cork maiden winner to see how the form ties in compared to his stronger candidates back home, although he is a full brother to 2019 Derby fifth Sir Dragonet, so watch the market.

Etonian is of interest after two course wins here last season, including the Group 3 Solario Stakes. His poor run in the Dewhurst could be down to soft ground or not handling Newmarket, but back at Sandown on decent ground he can go well if seeing out the ten-furlong trip.

Recovery Run had a good juvenile season and could run well under the Champion Oisin Murphy, but he has a couple of lengths to find on LONE EAGLE who avenged his narrow defeat here at Sandown on debut when beating Recovery Run at Newmarket last October and Lone Eagle has the more scope for improvement. Martyn Meade’s 3yo won on a variety of ground last season, rattling off a hat-trick and has a good guide the form of the classic generation after his filly Technique ran a good second at Epsom on Wednesday behind Wirko.