Football
News
Here are some of the biggest transfers that have already happened this summer across Europe
Simon Lillicrap
08:58, 15 Jul 2021

With the European Championships done and dusted, this summer all attention turns back to club football as sides from across Europe desperately try and improve their squads ahead of the new season. With no more distractions, players are now free to discuss moves and with the likes of Erling Haaland and Harry Kane likely to move on this summer, the biggest moves may yet be to come. But here are some of the biggest transfers that have already happened.

The agreement for the biggest transfer of the summer so far has been officially announced by both Borussia Dortmund and Manchester United and will see English star Sancho return to Manchester, having left City’s academy for the Bundesliga in 2017.

The Championship Player of the Year, fresh from helping Argentina win the Copa America, swapped Norfolk for the Midlands as Aston Villa made a serious statement of intent with his signing. His flair and creativity are almost unmatched and Villa have paid over £30m to secure his signature. If they can hold on to Jack Grealish, then that duo will be a joy to watch next term. 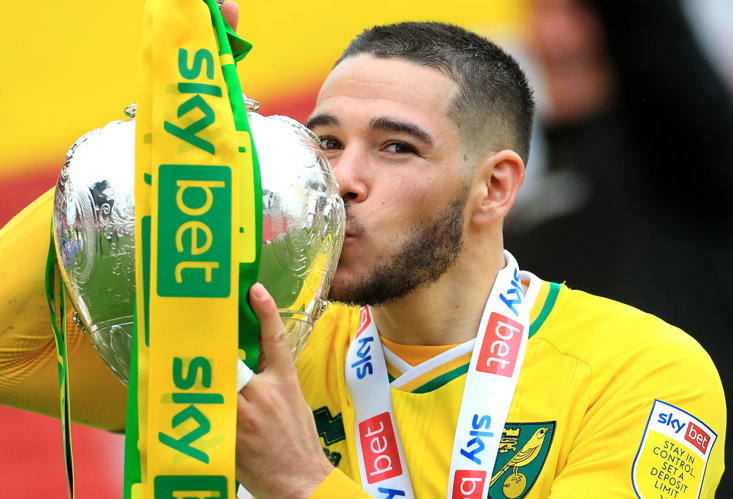 Barcelona’s financial difficulties mean that they cannot spend any money this summer, so free transfers are the way forward. Depay joins from Lyon and Aguero links up with his mate Lionel Messi, who should also sign a new contract before the month is out. However, their financial issues must be fully resolved before any new signing can be registered.

Chelsea’s top class defender made a big impression in Milan last term on loan, so much so that Stefano Pioli decided to part with £25m to bring him to the club on a permanent basis. At 23, he is young and English and could provide a great option for Gareth Southgate in Qatar next year.

If Norwich got a good price for Buendia, Reading were robbed by Crystal Palace who activated an £8m release clause to bring Olise to the club. At 19, and with the successful signing of Ebere Eze lining up next to him, Patrick Vieira’s Palace could be an exciting watch.

Barcelona’s summer exodus allowed Leeds to pick up a 24-year-old left back who found his feet at Betis before an unsuccessful two year stint at the Nou Camp. Marcelo Bielsa will be able to get the best out of him, for sure. 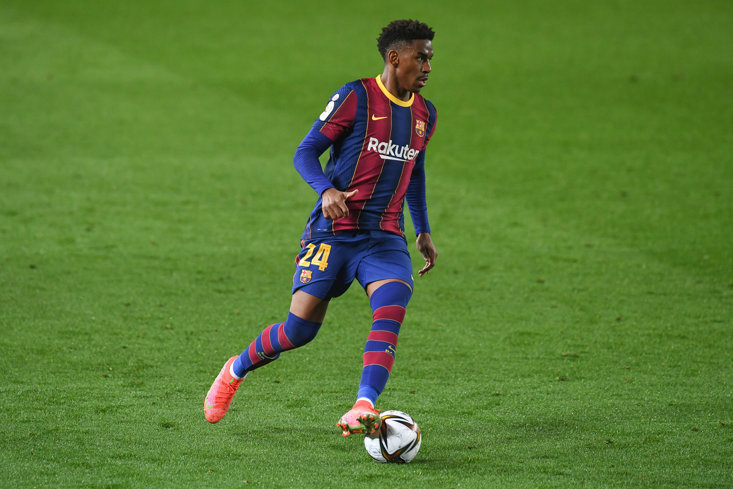 Don’t ever question Leicester’s transfers. Striker Daka scored a quite ridiculous 54 goals in 82 games for RB Salzburg and looks like he could be the next big thing as Leicester eye-up an eventual replacement for Jamie Vardy. Meanwhile, Soumare joins from Ligue 1 champions Lille. At 22, he has loads of potential and will look to follow in the footsteps of N’Golo Kante, who also joined the Foxes from Ligue 1.

Liverpool’s centre-back debacle last season will have given Jurgen Klopp nightmares so he moved quickly to bring in 21-year-old Konate from RB Leipzig. He is yet to break into the France squad but has several U21 appearances to his name, and should provide solid first-team cover if needed. He didn’t come cheap though.

Jose Mourinho is making moves in the Italian capital already, bringing in his countryman Rui Patricio from Wolves. The Portuguese keeper has departed Molineux after an incredibly successful spell, but he may not be the last to leave after the departure of lovable boss Nuno Espirito Santo.

This summer’s second most expensive transfer saw Moroccan right-back Hakimi join PSG from Serie A champions Inter. His CV is simply exceptional, featuring the likes of Real Madrid, Borussia Dortmund and now PSG. At just 22, he is well worth the hefty fee the French giants have paid for him.

Having taken new boss Julian Nagelsmann from them, Bayern continued their raid of RB Leipzig by paying £38m for one of the world’s best young defenders, Upamecano. The dominant force in Germany fended off all other competition to secure his signature and will be heavy favourites for the Bundesliga once again next term. 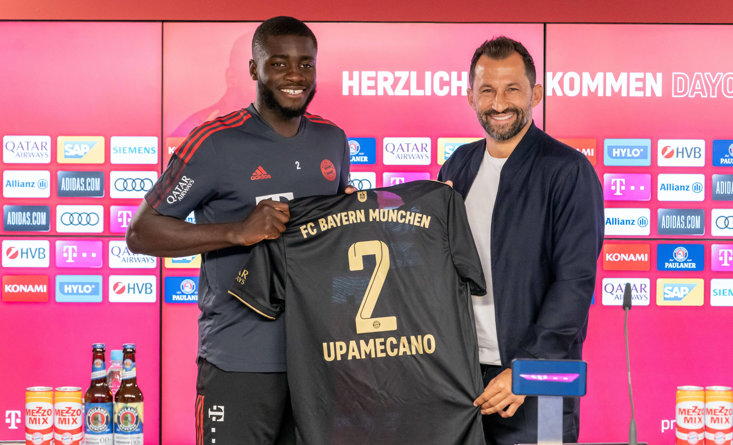 We have been aware of Alaba’s qualities for some time now and he performed well at Euro 2020 for Austria, but after 281 matches and 11 years at Bayern, he has moved to the Santiago Bernabeu on a free. What a signing and what an opportunity for the Austrian captain.

Buendia’s replacement at Carrow Road joins from Werder Bremen and Rashica is now the most expensive signing in the club’s history. Having failed to spend any money at all the last time they were up, it seems the Canaries are on a more stable footing in an attempt to lose their ‘yo-yo’ club tag this time around.

An interesting one to finish on. King was linked with Manchester United not that long ago, but after relegation with Bournemouth, an unsuccessful spell at Everton followed. Now he has joined up with newly promoted Watford and could be one to watch if he can rediscover the form that made the Old Trafford club sit up and take note.

x
Suggested Searches:
The Sportsman
Manchester United
Liverpool
Manchester City
Premier League
More
football
Enthralling England's Electric Attack Blows The Netherlands...
Has an entire England squad ever been summed up in 54 seconds before? In the second half of the Lionesses [ ... ]
football
Manchester City Agree £42M Deal To Sign Leeds United's Kalvin...
Pep Guardiola’s Premier League champions Manchester City have made a significant breakthrough [ ... ]
football
Wayne Rooney Leaves Derby County After Turbulent Summer
Derby County manager Wayne Rooney has announced he is leaving the club after a summer of turmoil in [ ... ]
football
Nottingham Forest Complete Henderson Loan And Club-Record Awoniyi...
Nottingham Forest have made their first two signings of the summer in goalkeeper Dean Henderson and [ ... ]
football
Middlesbrough Sign Former Blackburn Defender Darragh Lenihan
Middlesbrough have made former Blackburn Rovers centre-back Darragh Lenihan their latest signing of [ ... ]
football
Happy Without Mbappe: Nick Pope Is Newcastle's Latest Smart...
Nick Pope has completed his move from Burnley to Newcastle United for a fee of £10 million. The [ ... ]
football
‘The Professor’ Tuchel Is Yet To Prove Himself In The Transfer...
Thomas Tuchel is nicknamed The Professor for the sharp mind and logical way he approaches football. [ ... ]
football
2026 World Cup Stadia: The Beautiful Game Heads South Of The...
Forget 2022… 2026 is where it’s at! The next World Cup after this winter’s event [ ... ]
football
Michael Beale's QPR: Harmony, Ambition & Transfers 11 Years...
Having just completed his first media day at Queens Park Rangers' partially complete new training [ ... ]
football
LIVE Transfer News: Barcelona Launch Official Bid For Robert...
Good morning and welcome to The Sportsman's LIVE transfer blog, where we will be bringing you all [ ... ]
football
Lionel Messi At 35: The Numbers Behind The Man They Call 'GOAT'
Lionel Messi turns 35 today. That is probably the least impressive number related to him. The Paris [ ... ]
football
2026 World Cup Stadia: Miami And Atlanta Rolls Out Red Carpet
“Welcome to Miami” Will Smith famously sang. Now the world will head to the Magic City for [ ... ]
football
The Carabao Cup 2022-23 First Round Draw
We have been spoilt for football fixtures today. First it was the EFL schedule, then the Papa John's [ ... ]
football
Four Potential Destinations For Richarlison If He Leaves Everton
The summer transfer window always provides plenty of twists and turns during the build-up to the new [ ... ]
football
Chelsea Looking To Appoint Liverpool Transfer Specialist As...
As Chelsea prepare to loan out their club-record catastrophe Romelu Lukaku to Inter Milan, which will [ ... ]
football
The Papa John's Trophy 2022-23 Group Stage Draw In Full
The Papa John’s Trophy draw has been made to decide the groups each of the 16 chosen Premier League [ ... ]
football
Premier League Clubs Suffer Blow As Bundesliga Star Signs New...
RB Leipzig forward Christopher Nkunku has signed a new deal with the German side, extending his stay [ ... ]
football
Football League Fixtures: Championship Opening Day Sees Burnley...
The Football League fixtures have been announced and 72 of England’s clubs now know how their [ ... ]
football
LIVE Transfer News: Gabriel Jesus To Arsenal Progressing
Good morning and welcome to The Sportsman's LIVE transfer blog, where we will have you covered for [ ... ]
football
Zinedine Zidane At 50: How The Greatest Galactico Rocked My...
Zinedine Zidane was the professor of my football schooling. The mystical midfielder that drew child-like [ ... ]
football
Fran Kirby Reveals Her Relief At Making Lionesses' Euro 2022...
Fran Kirby has revealed her relief at making the England Euro 2022 squad after suffering from fatigue [ ... ]
football
Jamie Vardy vs Didier Drogba: Who Was The Better Premier League...
There’s been a football argument that has gripped social media. Who is/was the better Premier [ ... ]
football
Gareth Bale Arrives At Cardiff City Training Ground Ahead Of...
Gareth Bale paid a visit to Cardiff City’s Vale of Glamorgan HQ on Wednesday for talks [ ... ]
football
The Transfer Merry-Go-Round Will Shape England's World Cup Goalkeepers
It’s the least sexy position in the squad, but the battle to become England’s third-choice [ ... ]
football
David Healy's Linfield Beat Qatar In Marbella Friendly
Qatar's preparations for hosting the World Cup this winter were dealt a humiliating blow on Tuesday [ ... ]
football
Borussia Dortmund Agree €35 Million Deal With Ajax For Sebastien...
Borussia Dortmund have agreed a €35 million deal with Ajax for striker Sebastien Haller. The Ivory [ ... ]
football
2026 World Cup Stadia: Dallas, Houston & Kansas City To Host...
Forget 2022… 2026 is where it’s at! The next World Cup after this winter’s event [ ... ]
football
Bayern Munich Announce £35m Signing Of Sadio Mane From Liverpool
Bayern Munich have completed the signing of Senegalese attacker Sadio Mane from Liverpool in a deal [ ... ]
football
£6.5m Per Goal - Lukaku's Horror Chelsea Return Set To End With...
Romelu Lukaku’s Chelsea nightmare is set to come to an end as he closes in on a return to Inter [ ... ]
football
The Top Goal Scorer For Every Premier League And Football League...
A year on from looking set to swap north London for Manchester, Tottenham Hotspur striker Harry Kane [ ... ]