Football
News
From Ant And Dec To Shola Ameobi: The Strangest Names In The Running To Become Newcastle United Manager
Simon Lillicrap
15:30, 25 Jun 2019

Premier League manager markets for the mid-table teams are usually full of the same old names.

At the top of the market, Mark Hughes, Alan Pardew and Sam Allardyce will always feature but with Newcastle, Mike Ashley is such a volatile owner that the market is wide open, featuring both world-class managers, unlikely candidates and joke names.

Just a few short weeks ago, Newcastle were hotly tipped to be taken over by the Bin Zayed Group, with the promise of huge financial backing on the horizon. Names such as Kylian Mbappe were being thrown about rather ambitiously but the positivity was flowing around St James’ Park. Two weeks later and that positivity has dissipated completely, with Champions League winning manager Rafa Benitez leaving the club at the end of his current contract.

Gary Neville is one name of the list with some managerial experience unlike other names like Ant and Dec, but the former Valencia manager would be a shocking appointment given his experience over in Spain. Ally McCoist could come back into the management game although that is also extremely unlikely as he was last seen in the dugout in 2014 with Rangers.

John Carver will be a name that sends shivers down the spines of every Newcastle fan after his spell in charge in 2015 when he claimed he was the ‘best coach in the world’. Nothing like a bit of confidence hey John? Joe Kinnear is a man who fits that same profile as Carver but surely even Mike Ashley would not make the same mistake twice.

Graeme Souness anyone? Didn’t think so. Dwight Yorke is in the mix alongside iconic Newcastle striker Shola Ameobi, both of those feature at the same price as Bob Bradley and Gordon Strachan. Luckily at the bottom end of the market for Newcastle fans.

The big names in football management are slightly higher up the list. Premier League winners Jose Mourinho, Arsene Wenger and Claudio Ranieri all feature while battling midfielders of the past are also involved in the running. Patrick Vieira, Roy Keane and Gennaro Gattuso would all give the Toon Army a bit of bite that is for sure but perhaps they would rather go for someone with a little more managerial experience?

A familiar face in Chris Hughton would be a popular appointment for the Newcastle chairman, while David Moyes, Sean Dyche and Avram Grant would bring Premier League experience. You can see the underlying turbulence at Newcastle simply by looking through the names on this list.

It looks like life as a Newcastle fan is not going to get any easier. Let’s hope the takeover goes through successfully and they can finally move on from the chaotic Mike Ashley era.

Newcastle United FC
@NUFC
It is with disappointment that we announce manager Rafael Benítez will leave Newcastle United upon the expiry of his contract on 30th June 2019.
Full club statement: #NUFC 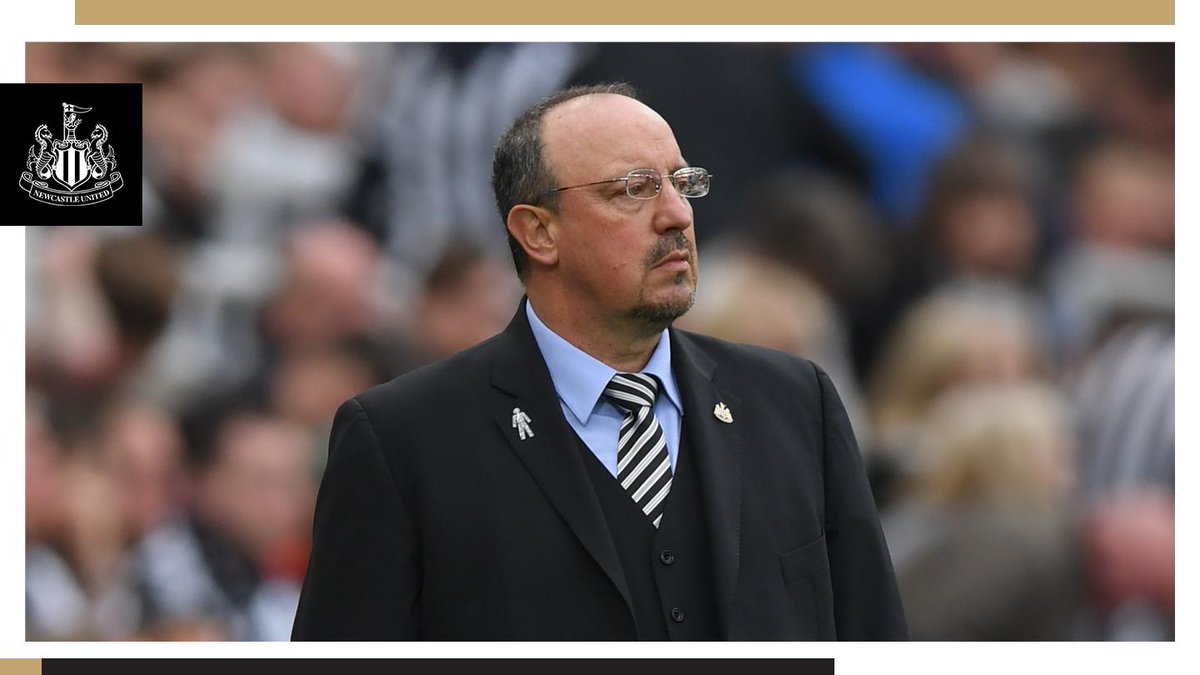