Esports
News
It's that time of the year already! Here are our favourite new features in this year's FIFA
Steven Allen
11:00, 10 Oct 2020

Autumn has arrived in the Northern Hemisphere, meaning that the ‘holiday’ season of gaming is upon us. Like every year, the sports video game market gets its business done early and FIFA 21 hits the shelves on Friday (unless you’re one of the lucky sods who pre-ordered a premium version of the game).

Below we’ve taken a look at five improvements to this year’s instalment of everyone’s favourite football-sim. Just don’t go throwing your controllers at the wall this year, alright?

Finally, You Can Build Your Own Arena 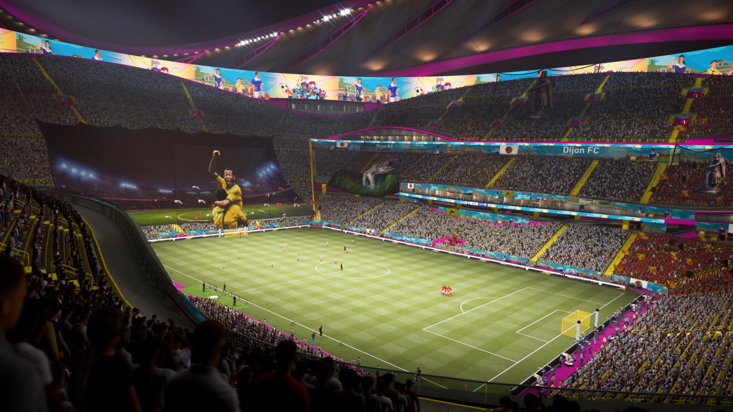 Back in the good old days of the PS2, a small selection of sports games used to have an option to create a stadium/arena, whatever the sport - the Madden series would even let you change the ticket prices and how much a hot dog costs in the concession stand! NBA 2K, on the other hand, lets you create your own court with custom images and a variety of options, all the way down to choosing what wood is used on the floor.

FIFA hasn’t had any form of stadium creator since EA’s FIFA Manager series, and they haven’t released one of them since 2014. Until this year that is.

EA’s big moneymaker in FIFA, the Ultimate Team game mode, now allows you to customise your stadium, with choices ranging from seat colour and pitchside trophies, to giant tifos that eclipse the main stand and chants sung by the virtual crowd that reverberate through the terraces from whichever team you like (we’ve gone for Celta Vigo, for obvious reasons).

It’s refreshing to finally get a bit of personality to liven up a previously lacklustre part of the game. Watching the fireworks go off after a goal as the crowd ecstatically sing a random tune from around the globe is something that’s quite unique in the world of FIFA, so enjoy it while it’s fresh.

These days, a compelling Career Mode is a staple of any good sports game. Whether it’s being the starting quarterback in the Superbowl or captaining an Ashes winning team, there’s something about guiding and building your character/team up to be the best in the world in any given sport, and with FIFA 21 football is no different.

This year revamps the manager experience, allowing you to control your teams training and development, something that the devotees of the series have been dying to see. Position changes, more interactive transfer windows and dynamic potential of youngsters are three more new additions in the new and improved game mode, allowing the proper manager among us to harness an ageing team, bring in new blood and adjust the elder players to adapt and play at their best. It’s fresh to play and great to discover, it feels like a brand new world every time you launch a new save with lots of unexpected twists and turns throughout each window and each game.

There’s a new game simulation option too, if you want to skip through games a la Football Manager, and a ‘Quick Sim’ that allows you to see real-time events in the game and jump in at any point. It feels very Soccer Saturday but this time you can step into whatever game Chris Kamara’s watching instead.

VOLTA came out to a mixed reception last year, the once great FIFA Street is an incredibly difficult game to copy, and its impersonators can be easily critiqued. Last year, VOLTA suffered mostly from the lack of online play with friends - if you’re going to play street football, you’re going to want to do it with your mates as it kind of ruins the novelty when you’re on your own just kicking a ball a against wall.

Its second season has thankfully delivered an online play-with-friends option, and it looks alot like Pro Clubs, where each player on a team is user-controlled. It’s heaps of fun and VOLTA’s whole hype on random celebrity cameos and brand sponsorships getting some of their more exclusive clothes thrown into the game, is actually enjoyable this year. It’s a bit bizarre playing Eric Cantona in your team within the suburbs of Paris or with Anthony Joshua on the streets of London. Even if you weren’t a fan last year, it’s worth giving a go this year. 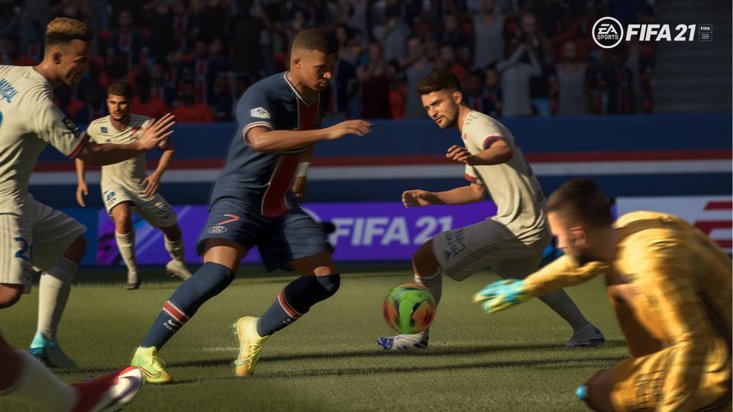 Every year, possibly every sports game in the world says that they’ve got ‘New and Improved’ gameplay. But what does that actually mean?

This year, EA’s use of the Frostbite engine gears up for the next generation of consoles, with the PlayStation 5 and Xbox Series X launching in November, creating a system that  improves the animation of the players’ faces and actions but also introduces a new collision system. Basically, sparing the mumbo-jumbo, the game runs better than last year’s, the tackles are cleaner, skills are quicker to manoeuvre and less predictable. On top of that, shooting can be affected by any sort of defensive action, whether it’s a nudge of the shoulder or a clip of the feet.

High intensity, high amounts of fun, it’s a big improvement over the last couple of years, even if every keeper vaguely resembles Jordan Pickford on a bad day, but we’re sure that’ll be resolved soon enough. 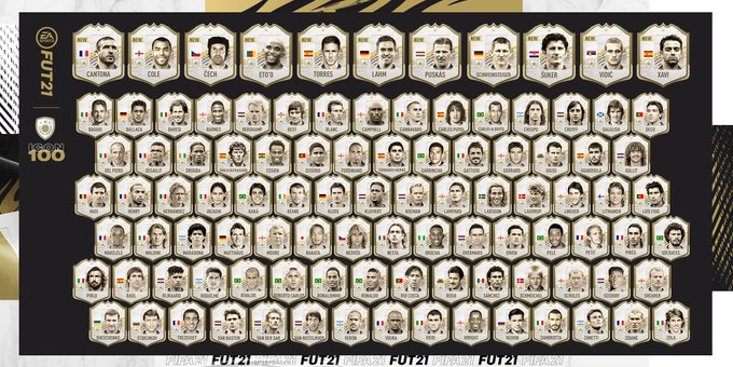 They used to be legends. Now they’re icons.

FIFA’s Icon card collection is now at 100 cards. That’s 100 icons from footballing past now available from day one for football fans around the world to use in Ultimate Team. This year’s additions haven’t disappointed either, combining the old school heroes that your Dad remembers with the modern legends that made you fall in love with the game.

The original ‘ballers’ like Ferenc Puskas, Davor Suker and Eric Cantona join up with the heroes of the late 2000s, Xavi, Fernando Torres, Nemanja Vidic and Ashley Cole to name a few. It’s great to see these players added and we can’t wait to see many more gracing future games.

x
Suggested Searches:
Manchester United
Liverpool
Manchester City
Marcus Rashford
Premier League
More
esports
Football Manager 2022: The Ultimate Management Sim Is Back
Dig out your favourite throwing water bottle and prepare to demand more, Football Manager 2022 is here. [ ... ]
esports
Forza Horizon 5: Perfecting The Formula In Mexico
It was 2012 when Microsoft and Playground Games released their attempt at an open-world racer, borrowing [ ... ]
esports
How To Spend Your First Day On Football Manager 2022
Call in sick, make a brew and unplug the phone (if you’re one of seven people in the world that [ ... ]
esports
Is eFootball Really The Worst Football Video Game Of All Time?
You’ve seen the memes, laughed at the glitches, and mourned its role in killing the iconic Pro [ ... ]
esports
Five Iconic FIFA Games: From The Dugout To The Streets
The wait is finally over, as FIFA 22 hits PC and consoles today. We have already test-driven the latest [ ... ]
esports
FIFA 22 First Impressions: How Does EA's Football Giant Measure...
The temperature has dropped, the nights are getting darker and the leaves are turning brown. You know [ ... ]
esports
Everything We Know About Pro Evolution Soccer's Transformation...
The Pro Evolution Soccer era is coming to an end. Konami has dropped the name and announced [ ... ]
esports
Take Your New PlayStation 5 To The Next Level With These Essential...
It is finally here, but are you ready? After the now traditional seven year wait, the new generation [ ... ]
esports
Insane Gaming Chairs For The PS5 And Xbox Series X To Take You...
The fridge is stocked, the controllers are fully charged and that shiny widescreen TV is glowing. The [ ... ]
esports
From Custom Garages To Classic Tracks, Get Ready For Gran Turismo...
Finding the best racing game for you, is akin to finding the perfect beer. The one that hits the spot, [ ... ]
esports
From Fatboy Slim To Franz Ferdinand, The Five Best FIFA Soundtracks...
FIFA 21 is out this week and that means a fresh new soundtrack. Sure, we love the football, the gameplay [ ... ]
esports
Norris Drives On At 'Not The Australian Grand Prix' To Help...
McLaren driver Lando Norris might not have yet reached a podium position or recorded a fastest lap in [ ... ]
esports
A $500K Prize Pot & The Chance To Show Pros How It’s Done -...
The final showdown of the Formula One Esports series takes place on Wednesday and the winner will [ ... ]