Finding the best racing game for you, is akin to finding the perfect beer. The one that hits the spot, every time. You can experiment all you like, but you know the one that’s right for you. If Gran Turismo was a beer, it would the ol’ reliable. Your dad’s drink. Your brother’s drink. Your drink. It’s been a staple within the racing game industry since it’s debut back in 1997, with legendary developers Polyphony at the helm. Now there’s a new one on the horizon, with Gran Turismo 7 set for release next year for the PlayStation 5, and boy does it look good.

Drink it all in folks, here’s the five features we can’t wait to get our hands on...

Feel The Road With The PS5’s New Controller Functions 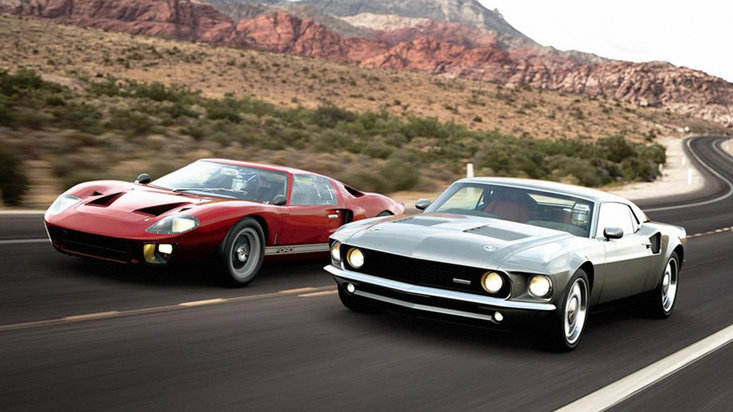 Much of the hype around the PS5 focused on how the controller was going to take games to another level of immersion. Haptic feedback in the ergonomic areas of the handset would usually allow the user to feel the tension in a bow and arrow, or feedback from a gunshot. Polyphony have chosen to use this new feature to tell the lie of a road surface. Clever.

You get to experience every detail of the asphalt, feeling every apex and every little divot in the road as you go. As well as this, the DualSense controller also has adaptive triggers that will tell you the difference in the weight of brake pedals, providing resistance when you’re slamming on before taking a corner. Plus it can provide feedback from the Anti-Lock braking system, something all modern cars are equipped with (bet you didn’t know that, right?). The keyword for this generation’s entry is immersion, and they’ve nailed it. 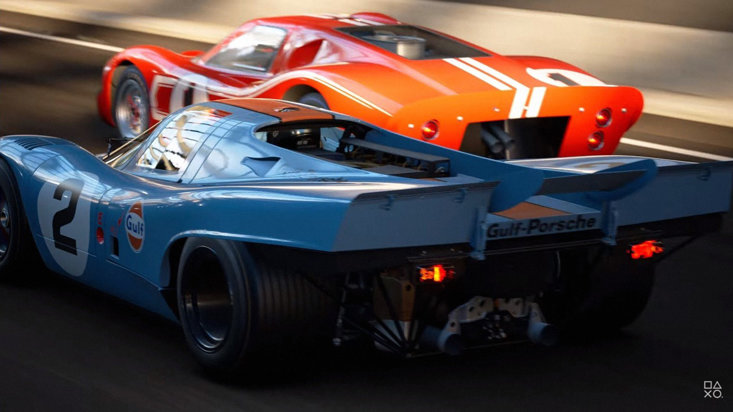 Sound design is important in everything. Films, TV shows and games are rewarded for excellent use of ambient sounds, creations of deep soundtracks and effects that are as close to real life as possible. And Polyphony studios don’t half know how to make a tune.

For the non-etymologists among us, Polyphony is defined as ‘the style of simultaneously combining a number of parts, each forming an individual melody and harmonizing with each other’. It can be compared to an orchestra, or in this case, an engine. 3D Audio takes surround sound to another level. You’ll be able to hear positions of the cars as they begin to overtake or as they clash paint against each other. Grab the headphones for this one. You won’t regret it.

Your Favourite Cars And Tracks Have Never Looked Better 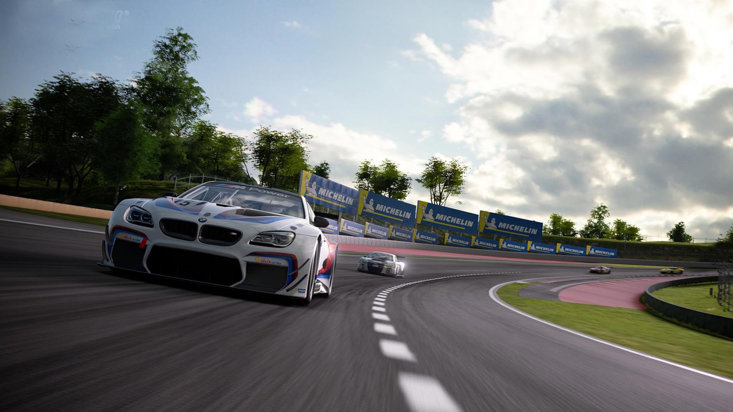 The PS5’s design is set to display games in a 4K display, with high dynamic range and a targeted 60 frames per second. This can sound daunting and confusing to those that don’t spend their Saturdays at PC World, but the final result is something to behold. Trust us.

All cars will be rendered into the in-game world and look as pristine as they do in real life. With the new ray-tracing generation of graphics cards in modern consoles and computers, the cars will even show up as reflections in every puddle you drive past. We’ve come a long way since 1997 and words simply can’t do it justice. 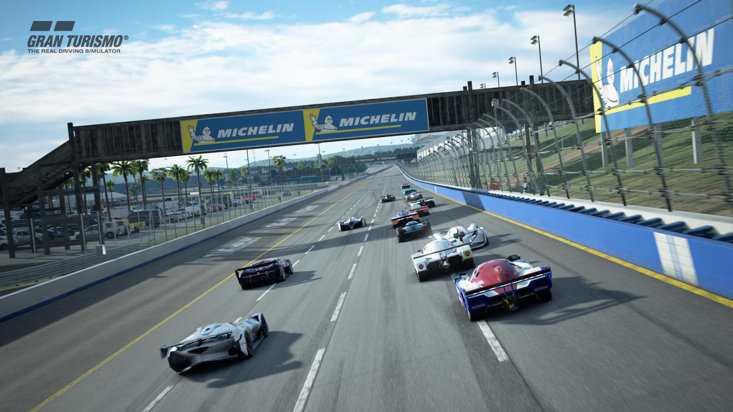 Trial Mountain, Deep Forest, and Grand Valley are the unsung heroes of the racing sim world. These are the original tracks from the first Gran Turismo game, a racetrack that was seen by millions of people worldwide and was a fun place to hone their racing skills. The main attraction, Trial Mountain, hasn’t been available in the game since 2013’s Gran Turismo 6, despite Polyphony’s best efforts to recreate the legendary speedway for the PS4’s Gran Turismo Sport.

Gran Turismo 7’s release trailer showed off the new rendition of Trial Mountain and has already excited those that remember it. There’s nothing like going to an old familiar catalogue of success to get people on board. Count us in.

Build Your Own Dream Garage 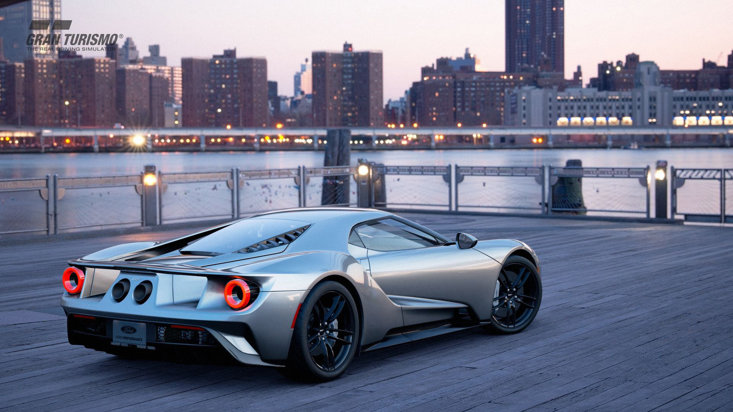 Gran Turismo used to hold the Guinness World Record for most cars in a racing game. This was back when GT6 had 1,247 cars, ranging from the old school Citroen 2CV to the outrageous 1000 bhp Oldsmobile Tornado (owned by Jay Leno), to create the ultimate selection of motors. Already from the trailer you can see an Aston Martin DB11 and the Mazda concept touring car that’s yet to be revealed. We might not be seeing the goliath collection of yesteryear, due to increasing prices for licenses in modern gaming, but the quality is as good as ever.

The garage is also the perfect place to upgrade your cars both mechanically and aesthetically, with beginners getting to understand the benefits of different modifications before applying them. This is the ultimate game for not just racing fans, but car enthusiasts who want to see them in all their 4K glory. Like we said to start with folks, drink it all in...

x
Suggested Searches:
Manchester United
Liverpool
Manchester City
Marcus Rashford
Premier League
More
esports
Football Manager 2022: The Ultimate Management Sim Is Back
Dig out your favourite throwing water bottle and prepare to demand more, Football Manager 2022 is here. [ ... ]
esports
Forza Horizon 5: Perfecting The Formula In Mexico
It was 2012 when Microsoft and Playground Games released their attempt at an open-world racer, borrowing [ ... ]
esports
How To Spend Your First Day On Football Manager 2022
Call in sick, make a brew and unplug the phone (if you’re one of seven people in the world that [ ... ]
esports
Is eFootball Really The Worst Football Video Game Of All Time?
You’ve seen the memes, laughed at the glitches, and mourned its role in killing the iconic Pro [ ... ]
esports
Five Iconic FIFA Games: From The Dugout To The Streets
The wait is finally over, as FIFA 22 hits PC and consoles today. We have already test-driven the latest [ ... ]
esports
FIFA 22 First Impressions: How Does EA's Football Giant Measure...
The temperature has dropped, the nights are getting darker and the leaves are turning brown. You know [ ... ]
esports
Everything We Know About Pro Evolution Soccer's Transformation...
The Pro Evolution Soccer era is coming to an end. Konami has dropped the name and announced [ ... ]
esports
Take Your New PlayStation 5 To The Next Level With These Essential...
It is finally here, but are you ready? After the now traditional seven year wait, the new generation [ ... ]
esports
Insane Gaming Chairs For The PS5 And Xbox Series X To Take You...
The fridge is stocked, the controllers are fully charged and that shiny widescreen TV is glowing. The [ ... ]
esports
From Arena Building To A Revamped Career Mode, The 5 Best New...
Autumn has arrived in the Northern Hemisphere, meaning that the ‘holiday’ season of gaming [ ... ]
esports
From Fatboy Slim To Franz Ferdinand, The Five Best FIFA Soundtracks...
FIFA 21 is out this week and that means a fresh new soundtrack. Sure, we love the football, the gameplay [ ... ]
esports
Norris Drives On At 'Not The Australian Grand Prix' To Help...
McLaren driver Lando Norris might not have yet reached a podium position or recorded a fastest lap in [ ... ]
esports
A $500K Prize Pot & The Chance To Show Pros How It’s Done -...
The final showdown of the Formula One Esports series takes place on Wednesday and the winner will [ ... ]