Esports
News
With the arrival of FIFA 21, we take a look back at the series' best ever soundtracks
Elliott Bretland
14:00, 06 Oct 2020

FIFA 21 is out this week and that means a fresh new soundtrack. Sure, we love the football, the gameplay and the chance to beat our mates but we’re just as excited for the tunes.

Nostalgia sends us flying back in time to the 1999 version of the game every time we hear Fatboy Slim’s The Rockafeller Skank; the tune is almost as synonymous with FIFA as the famous EA Sports (Insert deep American voice) ‘It’s in the game’ intro. So many amazing songs over the last two decades have been discovered and played on repeat after featuring on the game.

We're not going to lie, this has not been an easy task, but we've put our heads and our headphones together and picked the top five FIFA soundtracks ever (Oh boy, some of the bangers we’ve had to leave out). Be prepared to remember some forgotten classics, people... 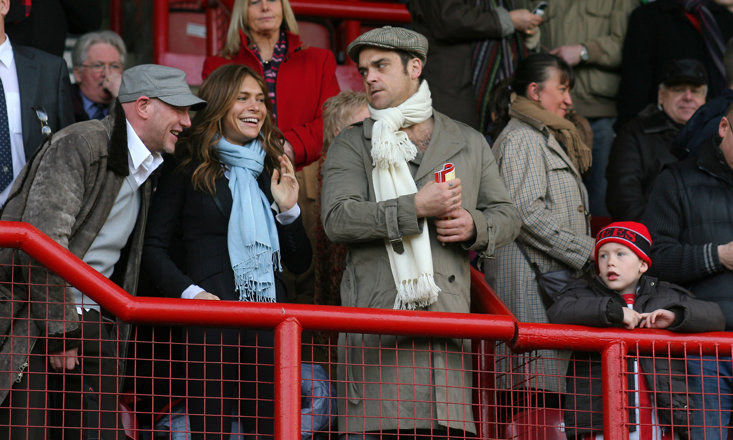 The game’s signature anthem at the turn of the century was It’s Only Us by Robbie Williams and amazingly, due to the superstar singer’s involvement, FIFA happily included his beloved Port Vale on the game, despite the fact they only featured Premier League teams at that time. Sadly for the Valiants, despite their new found fame across the gaming sphere, they were relegated to the third tier in the real world that same year.

Sell Out by Reel Big Fish was another big singalong tune which packed a serious punch while you couldn’t help but dance along to Apollo 440’s Stop The Rock. It was of its time, and what a time it was. 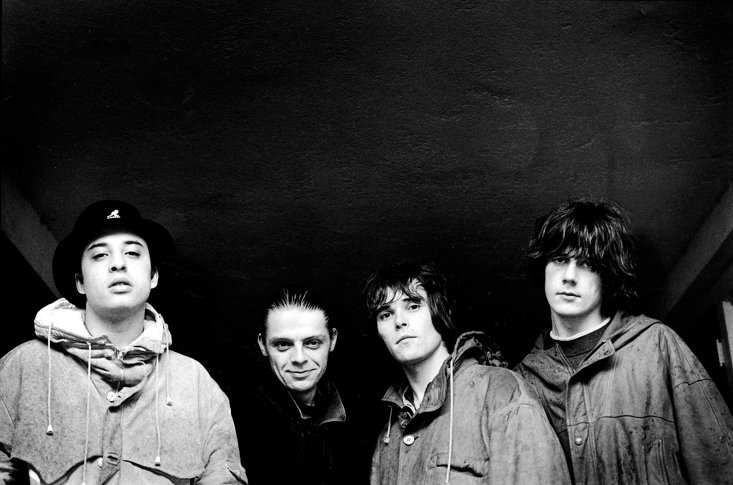 Kings of Leon and the epic Red Morning Light was a stunning tune on FIFA 04 and captured the real essence of the band before Sex On Fire catapulted them into a mainstream malaise (you know it’s true, some songs are just so good they get played far too often!). Kasabian’s LSF, as well, gained notoriety for being an iconic indie anthem. Whenever it comes on your shuffle, it reminds you of FIFA doesn’t it? Don’t lie.

The Dandy Warhols’ lesser known We Used To Be Friends (compared to their megahit Bohemian Like You, anyway) was great to crank up as you picked your newest starting XI. Special mentions too for Junior Senior’s Rhythm Bandits and Always by Suburbia.

90s classics like Fools Gold by The Stone Roses and 80s hits like A Town Called Malice by The Jam were also introduced to, and loved by, a whole new generation. The cover featuring Thierry Henry, Ronaldinho and Alessandro Del Piero looking as they were running out of the game and into your living room is just as memorable. 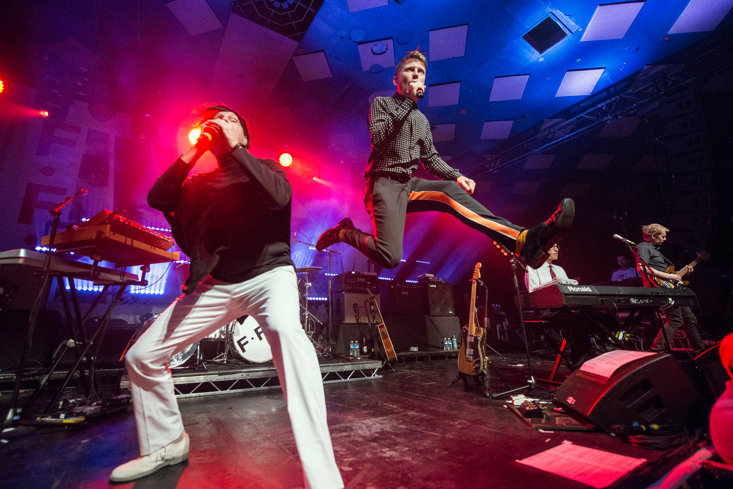 The golden oldies were there again in 2005, with the synth-pumping beat of New Order’s Blue Monday accompanying the gameplay this time around to give the youngsters a sound of what was cool previously and still is today. Morrissey, another icon of the eighties, was back too with his recent release Irish Blood, English Heart.

Franz Ferdinand, massive that year after the success of Take Me Out, also featured with the catchy Tell Her Tonight.

Emma Warren’s She Wants You Back probably won’t ring many bells but, trust us, give it a listen and it will all come flooding back. Scissor Sisters with Take Your Mama was another good addition while ‘Fit But You Know It’ summed up the lad culture of the time. 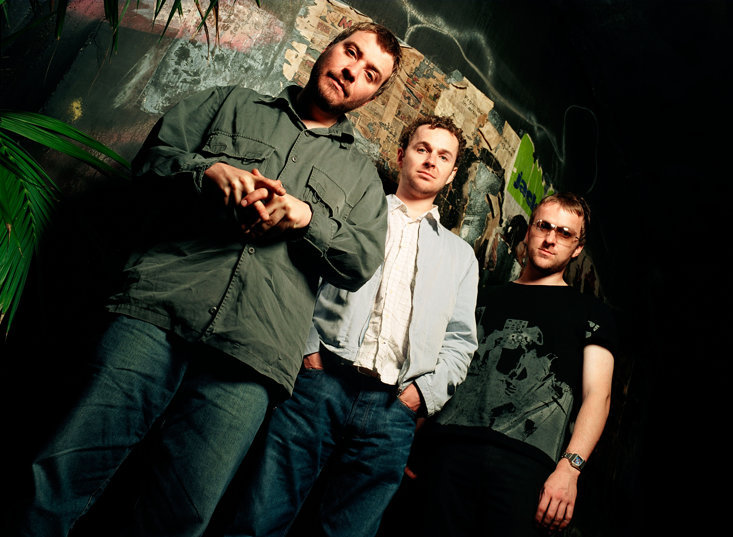 Doves and Black and White Town. Wow. What a football anthem (that beat!) and it’s synonymous link with the beautiful game stems from featuring on FIFA.

That song is football. It’s Rochdale vs Bury in the mid noughties. It’s Oldham vs Crewe. It’s Carlisle vs Tranmere. It’s a dreary Saturday morning, it’s a full English at the greasy spoon, it’s the car, bus or train to the ground. It’s a stale pint at a worn, tired and unwelcoming pub, it’s chips and sausage in a plastic tray. It’s an away day. It’s culture, it’s football, it’s life. It’s a song in a football anthem league of it’s own with The Enemy’s Saturday (also found on FIFA 13) and Hard-Fi’s Hard To Beat.

Also on this soundtrack is the iconic Helicopter by Bloc Party and there’s an appearance from Oasis too, with Lyla. 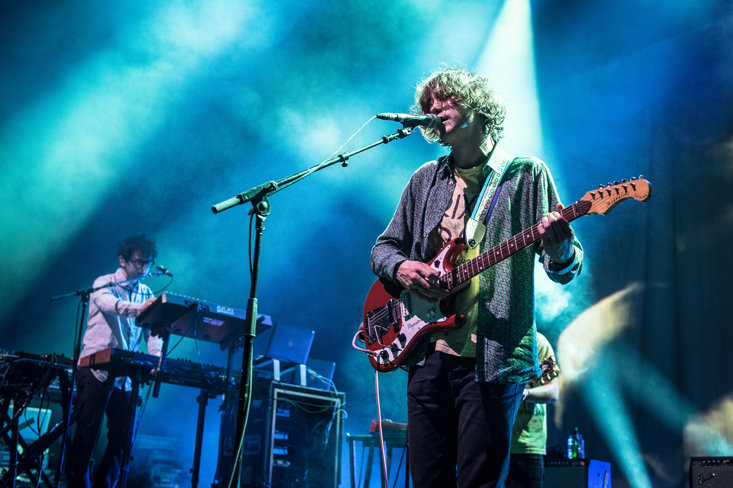 MGMT - Kids. Playing FIFA. 2009. The last year of the decade. It was all made for each other and defined an era for FIFA players. An era harshly remembered for ‘Landfill Indie’, there are tonnes of quality songs on this playlist with The Kooks, Reverend and The Makers, Kasabian and Foals all included. Hot Chip too.

Black Kids and their tune I’m Not Going To Teach Your Boyfriend How To Dance, which summed up indie tunes of the time for many, will take you back to those days when The Inbetweeners were the height of teen culture and ditty cutting edge tuneage ruled the sixth form common room airwaves.

x
Suggested Searches:
The Sportsman
Manchester United
Liverpool
Manchester City
Premier League
More
esports
Football Manager 2022: The Ultimate Management Sim Is Back
Dig out your favourite throwing water bottle and prepare to demand more, Football Manager 2022 is here. [ ... ]
esports
Forza Horizon 5: Perfecting The Formula In Mexico
It was 2012 when Microsoft and Playground Games released their attempt at an open-world racer, borrowing [ ... ]
esports
How To Spend Your First Day On Football Manager 2022
Call in sick, make a brew and unplug the phone (if you’re one of seven people in the world that [ ... ]
esports
Is eFootball Really The Worst Football Video Game Of All Time?
You’ve seen the memes, laughed at the glitches, and mourned its role in killing the iconic Pro [ ... ]
esports
Five Iconic FIFA Games: From The Dugout To The Streets
The wait is finally over, as FIFA 22 hits PC and consoles today. We have already test-driven the latest [ ... ]
esports
FIFA 22 First Impressions: How Does EA's Football Giant Measure...
The temperature has dropped, the nights are getting darker and the leaves are turning brown. You know [ ... ]
esports
Everything We Know About Pro Evolution Soccer's Transformation...
The Pro Evolution Soccer era is coming to an end. Konami has dropped the name and announced [ ... ]
esports
Take Your New PlayStation 5 To The Next Level With These Essential...
It is finally here, but are you ready? After the now traditional seven year wait, the new generation [ ... ]
esports
Insane Gaming Chairs For The PS5 And Xbox Series X To Take You...
The fridge is stocked, the controllers are fully charged and that shiny widescreen TV is glowing. The [ ... ]
esports
From Custom Garages To Classic Tracks, Get Ready For Gran Turismo...
Finding the best racing game for you, is akin to finding the perfect beer. The one that hits the spot, [ ... ]
esports
From Arena Building To A Revamped Career Mode, The 5 Best New...
Autumn has arrived in the Northern Hemisphere, meaning that the ‘holiday’ season of gaming [ ... ]
esports
Norris Drives On At 'Not The Australian Grand Prix' To Help...
McLaren driver Lando Norris might not have yet reached a podium position or recorded a fastest lap in [ ... ]
esports
A $500K Prize Pot & The Chance To Show Pros How It’s Done -...
The final showdown of the Formula One Esports series takes place on Wednesday and the winner will [ ... ]