Netflix’s admirable drive to plug the gaps left by the lack of current sport continues this month with the arrival of their much anticipated ten-episode Michael Jordan documentary, ‘The Last Dance’. Originally scheduled for a summer release on ESPN, to coincide with the new NBA season, the show will now run next week and by all accounts looks set to replace Tiger King as the number one conversation starter on all video calls.

Covering Jordan’s last 1997 -1998 championship drive with the Chicago Bulls, ‘The Last Dance’ draws on never-seen-before footage, filmed from within the Bull’s inner sanctum, the team having allowed an NBA Entertainment crew unprecedented access for the duration of the season. Combined with commentary from over 100 of today’s well known names, including ex-players, celebrities and the occasional ex-President of the United States, the documentary is a snap-shot back in time to a short moment when basketball ruled the world

In America, Basketball and celebrities have always gone hand in hand (mainly due to the close proximity the court side seats are to the action) but in the 90s, on a wave spearheaded first by Magic Johnson of the Los Angeles Lakers, and then driven by Michael Jordan and the Chicago Bulls, basketball culture broke out of America, transcended sport and Air Jordan became essential lifestyle fabric for close to a decade. 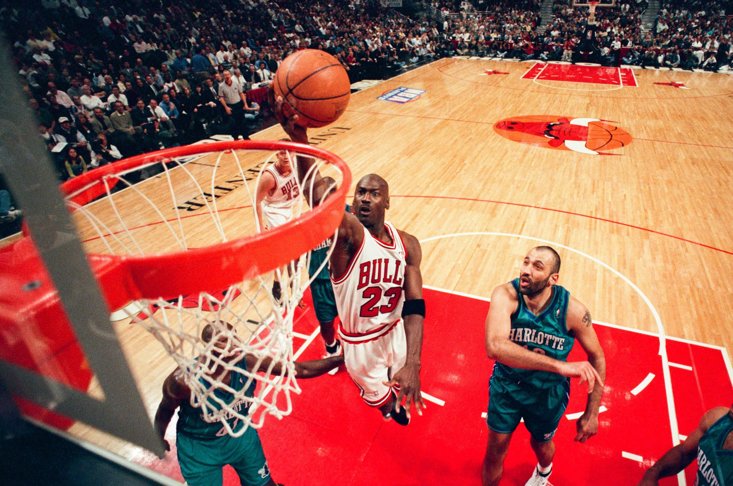 Now 57, and owner of the Charlotte Hornets, Jordan is generally considered to be the greatest players of all time, having played 15 seasons in the NBA and winning six championships with the Chicago Bulls. But it’s only when you watch ‘The Last Dance’ that you realise, in an era of players like Scottie Pippen, Larry Bird and Dennis Rodman, just what an extraordinary accolade that is.

Jason Hehir, who directed the series, said: "Michael Jordan and the '90s Bulls weren't just sports superstars, they were a global phenomenon. Making 'The Last Dance' was an incredible opportunity to explore the extraordinary impact of one man and one team. For nearly three years, we searched far and wide to present the definitive story of an era-defining dynasty and to present these sports heroes as humans. I hope viewers enjoy watching our series as much as we enjoyed the opportunity to make it.”

The Last Dance will be available on Netflix from Monday, April 20th