The African island of Madagascar is known worldwide as the party destination for animated animals rather than a hotbed for footballing talent, but this summer they are changing those perceptions at the African Cup of Nations.

Before 2019, the Barea had never qualified for a World Cup or indeed the AFCON, despite a 72-year history as a footballing nation. Yet this summer, one of Africa’s footballing minnows are ripping up the history books and have made it into the knockout stages after topping their group.

Their crowning glory in that group stage was the win over Nigeria, a side with huge pedigree and a whole host of top-class players. The Super Eagles had rested a few names thinking they would top the group but Madagascar, the fourth largest island on planet earth, performed to their maximum to take all three points with a 2-0 win.

The hype is now growing around the Barea side who have shocked a continent with their impressive and solid displays. The country are so proud of what they are achieving that President Andry Rajoelina has chartered a jet to take fans to the game and back, although match and plane would set you back 530 euros, a lot of money for the citizens of the fourteenth poorest country in the world.

Madagascar's squad is unassuming. Their captain Faneva Ima Andriatsima is 35-years-old and the country’s record goalscorer. In 35 international games he has scored 13 goals, but he is yet to hit the target in this summer’s competition. Like many in the squad he plays his club football in France, for Clermont Foot, but unsurprisingly he is not a key figure for the Ligue 2 side.

Other players in the side include Carolus Andrimatsinoro, who plays his club football in Saudi Arabia and Arohasina Andrianarimanana, who turns out for the Kaiser Chiefs in South Africa. Paul Merson would have a nightmare trying to analyse these!

It is truly remarkable how well the side have done given that this is their first appearance at a major tournament. Manager Nicolas Dupuis has made his team solid at the back and confident in possession - yes they do like to move it, move it - and he is making waves in charge of his first national side having previously managed AS Yzeure in fourth tier of French football. He combines his job in charge of one of the poorest countries in the world with a technical director role in charge of FC Fleury 91, showing just how difficult it is in charge of the national side.

To put into perspective just how much of an achievement this is for the island nation, we can look back to 2015. Every four years they take part in the Indian Ocean Island Games, a tournament that quite frankly needs more attention and given the sun-soaked destinations it is played in, I wouldn’t mind jetting off to cover it. 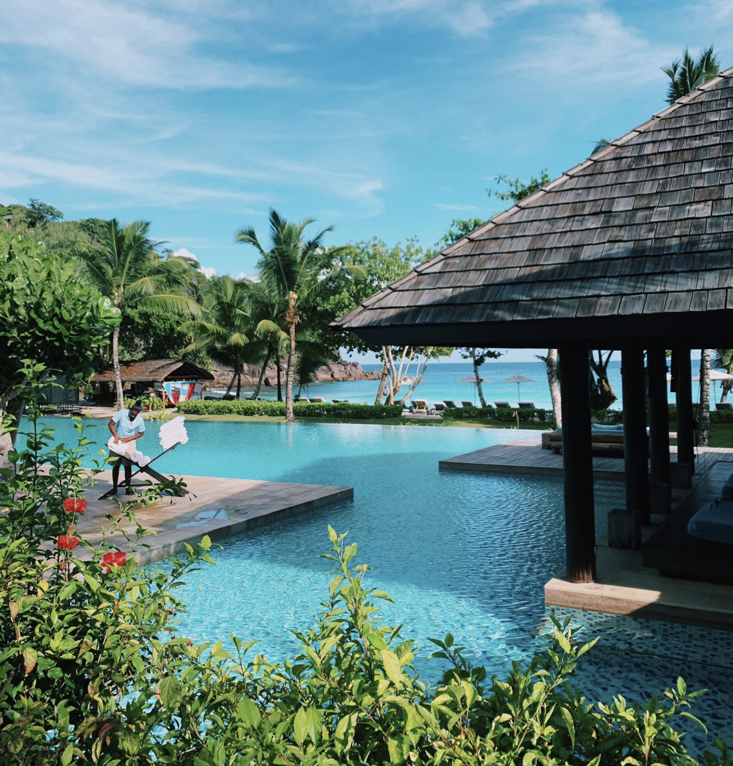 Seychelles looks nice at this time of year

They compete with islands such as Reunion, Mauritius, Comoros and Mayotte to see who are the kings of the third largest ocean on planet earth. Given that populations of their neighbors range from 95,000 (Seychelles) to 1.26m (Mauritius) and that Madagascar has almost 26m inhabitants you would think they would obliterate the competition on a regular basis.

Last time out they finished fourth, losing to Mauritius in the third place play-off and in 2011 they didn’t even make the top four. That alone shows the progress they have made in the last few years and after failing to win against those minnows they are attempting to conquer a whole continent.

The secured their spot at this summer’s tournament by qualifying from a testing group. After an away win against Sudan, a point against Senegal gave them the confidence to beat Equatorial Guinea home and away and book their spot in the finals tournament. They had an outside chance of qualifying from a group that included three-time champions Nigeria, Burundi and Guinea but nobody thought they could top the group.

Due to their group win, they face an easier tie in the next round. DR Congo, who finished third in Group A and lost two of their three games, lie in wait and are certainly beatable in the next round. Although they are still underdogs in that tie, if they can make it through the last eight that would be a staggering achievement for this inexperienced nation.