Football
News
Sterling is one of the best players in the world when it comes to bouncing back
Conor Keane
10:32, 03 Oct 2021

‘Steady.’ The word that almost got Raheem Sterling sent on a plane home from a pre-season tour with Liverpool in 2012 in Brendan Rodgers' early days with the Merseyside club.

The Northern Irish manager stamped down his authority on the young players he took to America for pre-season, with many of his senior players away on Euro 2012 duty, and told them that their attitude needed to change in his work. He was quick to crackdown on a young Sterling, and that tough love might have spurred on the man that shows class on and off the pitch today.

In his time at Liverpool, after that exchange with the former Reds boss, Sterling quickly established himself as one of the club’s rising stars and quickly became a regular starter and fan favourite. The London-born winger played a key role for them in 2013-14, when they almost came close to securing their first ever Premier League title. He contributed nine goals and five assists in that campaign, but his overall effect on the side was crucial to their success.

He may have tarnished his reputation with the supporters by leaving the club to join Manchester City in 2015, and his relationship with Rodgers may not have been the strongest, but those early days in his career gave him some much-needed experience that would help him become the player that most recently inspired England to the Euro 2020 final. A lot of his growth on the football pitch must be credited to City boss Pep Guardiola who took him under his wing and turned him into one of the deadliest attackers in Europe by significantly increasing his threat in front of goal. 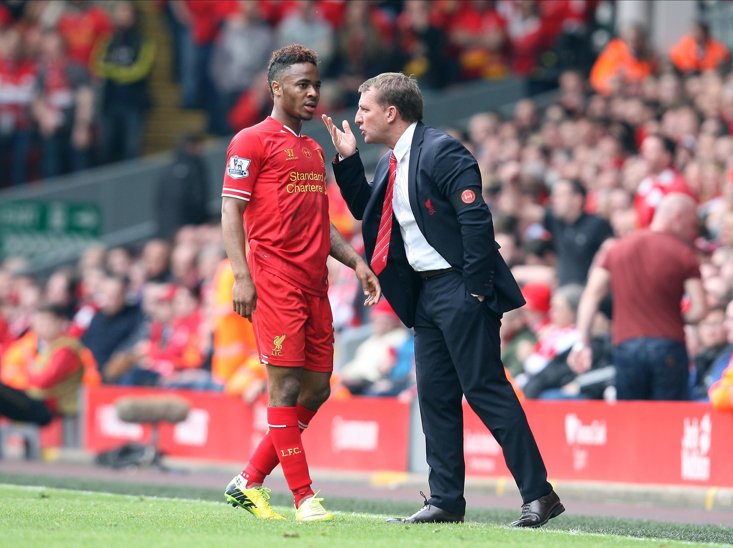 The Spaniard has nurtured and educated Sterling to play a more advanced role, effectively becoming a forward in his own right, and while his form has been up and down over the course of his time at the Etihad Stadium, there is no disputing his numbers. In 201 appearances for City in the Premier League, he has scored 79 goals and contributed 37 assists. The 26-year-old is edging closer to the Premier League 100 club and currently sits on 97, with the three goals he needs almost certain to come this term.

His work for his side has helped them claim three Premier League titles, four League Cups and one FA Cup, as well as personally gaining recognition for his contributions with two Player of the Month awards in August 2016 and November 2018.

The constant enigma surrounding the England international is his constant slides in form - one minute he’s the hottest talent and the next he can’t even make the starting lineup. You must consider all the scrutiny he has faced from the media over the years though, with awful stories harassing him over the years. This is where he evolved into a man off the field, he called out the publishers for their discriminative targeting of him and other footballers, and is now a key figure for equality, not just in football but in society.

Through all the targeting in the media, he has managed to still attain a lot of domestic success and in the summer, we saw him in fine form for the Three Lions at Euro 2020 where Gareth Southgate’s side reached the final. Sterling headed into the tournament having endured a tough time at the Etihad last term but his outstanding performances just show the evolution he has gone under over the course of his career, not just with his ability but with his mental resilience to bounce back from his dips in form.

He currently finds his game time limited under Guardiola this season but as he has shown us time and time again he can bounce back because Sterling is an exquisite footballer and once he regains the faith of his manager, he will be sharp and won’t let the opportunity pass him by.

He is one of, if not the, best player in the world when it comes to bouncing back from a bad run of form in football.

Liverpool are currently 2/1 to beat Man City at Anfield with Betfred, while Guardiola's men are 29/20. The draw is 13/5.