Football
News
From One Extreme To Another: Huddersfield Town Shirt Will Carry No Sponsor After Paddy Power Stunt
Mark Taylor
14:11, 19 Jul 2019

There was a social media meltdown when Huddersfield Town unveiled their new kit earlier this week, with an over-sized sponsor sash for Paddy Power causing much keyboard hammering.

The club even wore the kit in a friendly against Rochdale and the endorsement raised eyebrows at the FA because the sponsor space far exceeded the legal limit.

But we all knew there was something more to this deal than met the eye and today Paddy Power showed their hand in typically mischievous style with a promotional video - see below.

The actual shirt the team will wear next season will in fact have no sponsor because Paddy Power is pushing a ‘Save Our Shirt’ campaign. The betting firm claims this is “an initiative that is backing a move towards unbranded football kits, effectively returning the shirt back to the fans.”

“It has been a very interesting two days’ since the original launch on Wednesday, which we expected, but we’ve always had in mind that our supporters would understand, and really like the real kit when it was properly revealed today.

“We’re really happy with this kit, which is unique in modern-day football. I’d like to thank Paddy Power, Umbro and everyone else involved in the kit for their hard work towards today.”

Paddy Power
@paddypower
So yeah, our Huddersfield shirt WAS a fake. We're not just sponsoring them this season, we're UNsponsoring them too, through our Save Our Shirt campaign. #SaveOurShirt
4786
19427

While some may question if the good name of Huddersfield has been dragged through the mud by this association, others have applauded Paddy Power for raising bigger questions about sponsorship in sport.

Betting companies dominate shirt sponsorship in the top two leagues of English football and there have been calls for them to be banned from having their branding on kits. While that might be further down the track, any clubs that have a betting firm as sponsor have to remove their logos for children’s kits.

While Paddy Power are still Huddersfield’s sponsors, their move to relinquish their spot on Huddersfield’s kit has been heralded as some kit of crusade.

Paddy Power MD, Victor Corcoran, said: “Shirt sponsorship in football has gone too far. We accept that there is a role for sponsors around football, but the shirt should be sacred.

“So today we are calling on other sponsors to join the Save Our Shirt campaign, and give something back to the fans. “As a sponsor, we know our place, and it’s not on your shirt.”

Sponsorship on shirts is commonplace but it wasn’t always the case. It was only in the mid-late 1970s that clubs were allowed to carry branding and even then there were restrictions for clubs playing in live TV games or in European competition.

Certain brands became synonymous with clubs because of long sponsorship deals. For people of a certain age, Manchester United shirts should only ever carry Sharp’s logo. The same can be said for Arsenal and JVC or Newcastle Brown Ale with Newcastle United.

In fact, if anything, the new Huddersfield kit looks unfinished because we’re so used to seeing a sponsor. Even Barcelona, who resisted a main shirt sponsor for so long, have carried a brand (even if it was charity Unicef for a while) for the past 15 years.

While the debate will rumble on about betting companies advertising on football shirts, we can at least admit that the new Huddersfield shirt looks infinitely better without a sponsor than with it. The "fake" shirt will inevitably become a collector's item - maybe Huddersfield could auction them off for charity? 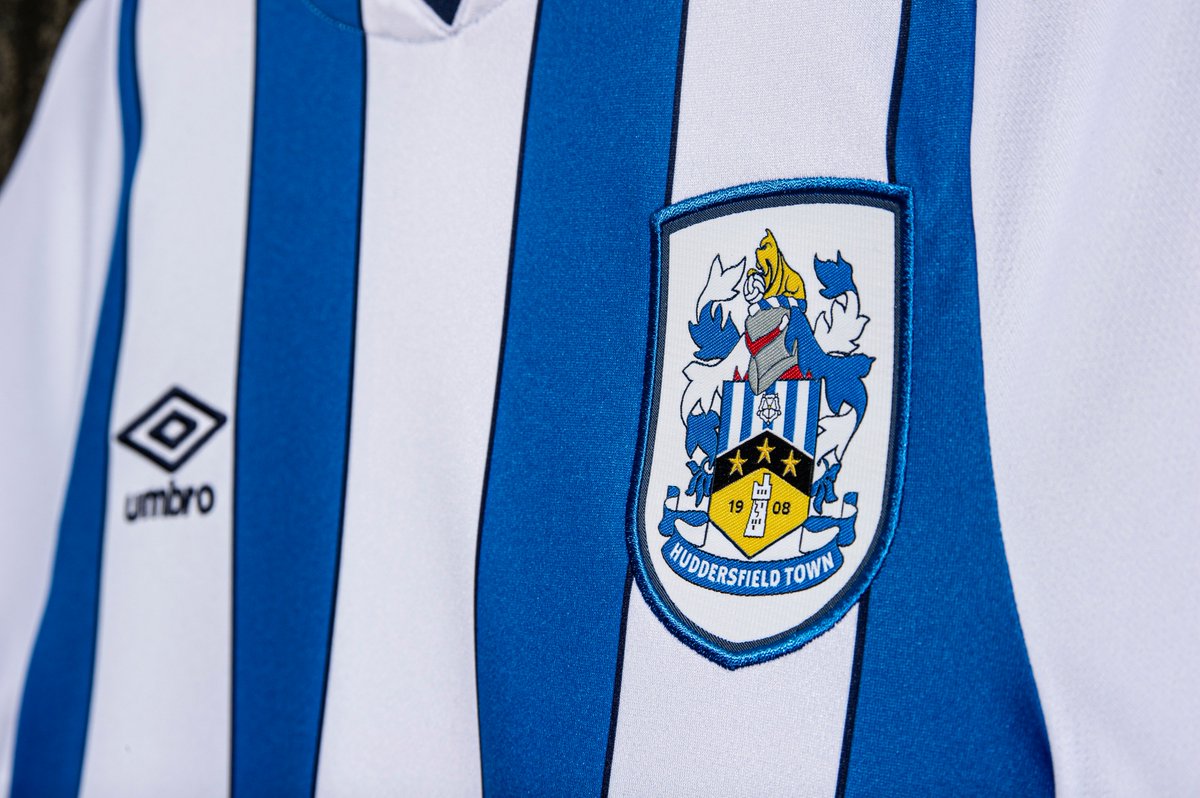