Ufc
News
Announcements are expected for fighters to appear at the next European UFC events.
Steven Allen
15:00, 03 May 2022

UFC London back in March was a huge success. The O2 in London was jam packed, the fighters were hyped and the crowd was electric, with over 20,000 MMA fans cheering on British fighters as they put on a historic show.

Tom Aspinall decimated 33-year-old Alexander Volkov, Paddy Pimblett picked up where he left off and submitted Rodrigo Vargas via Rear-Naked Choke and fellow Liverpudlian ‘Meatball’ Molly McCann brought the house down with what might be the greatest knockout in women’s MMA.

The great news recently announced by the UFC is that the organisation will be returning to the UK, and it’s not next year either! After the huge success that was the first event, Dana White waxed lyrical about the crowd in the post-fight media conference, saying “Tonight re-energised me and reminded me of what it’s like to do fights over in the UK.”

“We’re coming back here this year. I don’t give a sh*t what the schedule is. We’re gonna be moving sh*t around when we get home.”

The UFC London event has now found a place in the schedule. July 23rd at the O2 Arena will be a second night of incredible action this year, giving a much-needed platform to British fighters that can put on a show with the best crowd the sport has to offer.

According to MMA Junkie, four of the fights have already been lined up for the night in London, with Tom Aspinall returning again to headline against the dangerous Curtis Blaydes in what will be the biggest test of his career so far and could land him a place in the top five amongst the likes of Ciryl Gane, Stipe Miocic and Tai Tuivasa. 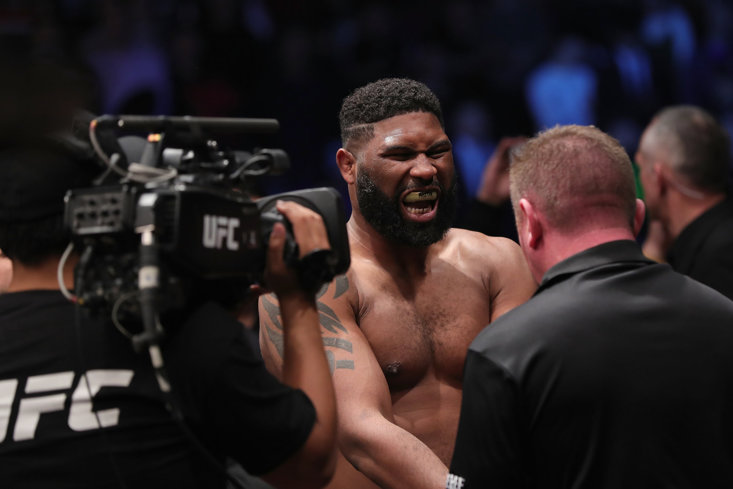 The co-main event pits Sweden’s Jack Hermansson against Darren Till, who returns to the cage following a painful loss to Derek Brunson in April 2021. The Gorilla was outdone on the ground by Brunson, who exposed Till’s wrestling weakness. Till has been working alongside the hottest property in the UFC, Khamzat Chimaev, to hopefully improve his ground game and get him back on the path to a title shot. Hermansson also has history with Chimaev, with the pair meeting up last November in a freestyle wrestling match in Sweden, in which Khamzat, the welterweight, picked up Jack Hermansson, who fights in the 15lb heavier middleweight division, before slamming him on his head. It bodes well for Till to return to winning ways after working with one of the sport's most promising fighters.

The other two semi-confirmed fights are former light-heavyweight contender Alexander Gustafsson, who made his debut in Manchester, against Nikita Krylov, who was dominating Paul Craig in the last UFC London fight before being submitted via triangle choke in the first round.

The youngest UFC fighter on the roster, British-Dagestani grappler Muhammad Mokaev aims to continue his ambition to be the youngest ever champion, with a fight against Charles Johnson. A win for Mokaev will be added to his already incredible amateur record in which he remains unbeaten.

On top of the great news about UFC London, Dana White and his counsel have their hearts set on an event in mainland Europe, as UFC Paris is set to be announced in the coming weeks.

It will be a debut event for France, who have never hosted an event before, but it’s also set to be a homecoming for heavyweight title challenger Cyril Gane. Gane was unsuccessful in his attempt to take the title away from Francis Ngannou, who arrived with a crippling knee injury, and was surprisingly outwrestled on the night. The opponent on the night is also unconfirmed but rumours point towards the entertaining Tai Tuivasa, who’s been delivering knockouts and shooeys by the bucket-load.

All information on this event is provisional, however the date in the schedule should be September 3rd. We’re more than excited for the UFC to return to these shores and long may it continue.