It’s been a rollercoaster season for Tottenham Hotspur once again. But where there has been inconsistency, there is one player who the fans have been able to rely on throughout the season: Eric Dier.

The versatile defender has been the back-line’s leading man this year and appears to have come away from being the side’s scapegoat to emerge as the one centre-half they depend on the most. Dier has been involved in 27 of Spurs’ 30 Premier League matches this season, and in the three that he hasn’t featured his side have lost on each occasion. When he has played a full 90 minutes, he has helped his team to victory on 16 occasions.

He has really stepped up his game this year, and appears to have found harmony and a new-found sense of leadership in the heart of defence. His impressive record this season has made him one of the first names on the team sheet and it appears that he has the full backing of Antonio Conte, who loves to have a well-organised and disciplined back three.

When Dier has been in the lineup, Spurs have kept 11 clean sheets and he brings some much-needed stability to a defence that has looked lost in his absence. Earlier in the campaign when he was forced off 11 minutes into the game against Crystal Palace at Selhurst Park, Spurs went on to lose 3-0. In two of the three games he hasn’t featured in, Spurs have also conceded three, bringing the total conceded in his absence to 13 -  35.13% of Spurs’ total of 37 goals conceded this term.

The stats don’t lie, Dier has been crucial to all the positive work happening at White Hart Lane this year and he doesn’t seem to be getting the credit he deserves. 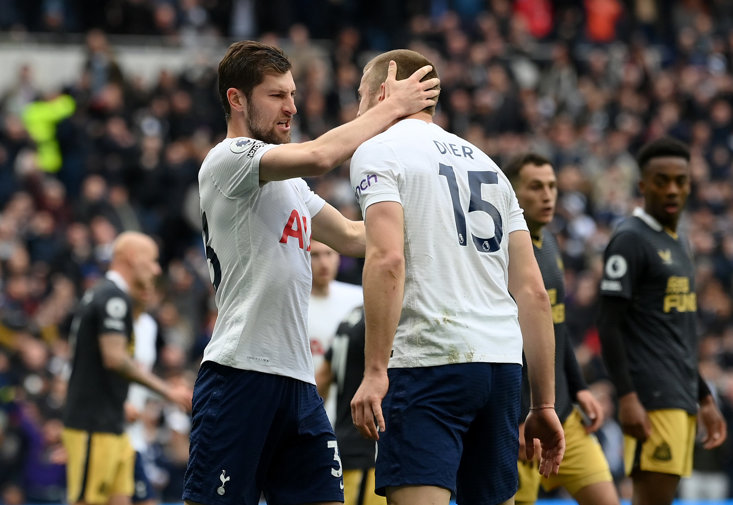 This certainly seems the case when it comes to the England team, as Gareth Southgate overlooked the in-form Dier for last month’s squad and it was a harsh call by the Three Lions boss. The defender himself will have been a little disheartened by his extending exile from the national team, with his last England appearance coming in November 2020.

Speaking last month about his form this term, the 28-year-old said: “I feel for me this is consistently my best season I have had so far at Tottenham. Overall [not just as a centre-back].

“I don’t think I’ve ever shown the consistency in the performances that I have shown this season and I feel like my football is the best it has ever been in my opinion.”

Spurs have been revitalised under Conte and they not only look more assertive on the ball when they play, they also look like they have a clear vision, something which has been lacking since Mauricio Pochettino’s departure in 2019. He has taken Tottenham into a strong position to qualify for next year’s Champions League, having had to endure the group stage of the inaugural Europa Conference League campaign this year.

Now, they are fourth in the league with eight games to go and it looks increasingly likely to be a two-horse race between them and their bitter North London rivals Arsenal to reach the final place for Europe’s most prestigious tournament. Dier will be backed by Conte to help get Spurs over the line, and judging by how successful his side are when he is leading from the back, his form, combined with the experience of the Italian in situations like this, could hand them an advantage in this contest.

If Dier is to continue his commanding displays for Spurs in the final weeks of the season it will be hard for Southgate to ignore him when it comes to naming his squad for the UEFA Nations League in the summer. On merit, Dier has done more than enough in 2021-22 to be back in contention for a place in the England squad.