Boxing
News
To celebrate St. Patrick's Day, we've taken a look back at five of the best fighters to hail from a nation with a proud history in boxing
Kieran Spratt
09:00, 17 Mar 2021

Ireland has a long and proud history when it comes to boxing. From Dundalk’s Tom Sharkey capturing the world heavyweight title way back in 1896 to today, where boxers like Katie Taylor reign supreme, the Emerald Isles have produced some of the finest pugilists the world has ever seen

To celebrate Saint Patrick’s Day, we look back through more than a century of boxing to pick out five of Ireland’s best ever fighters. To narrow things down, we won’t name boxers who are currently active - so no Taylor or Carl Frampton just yet. 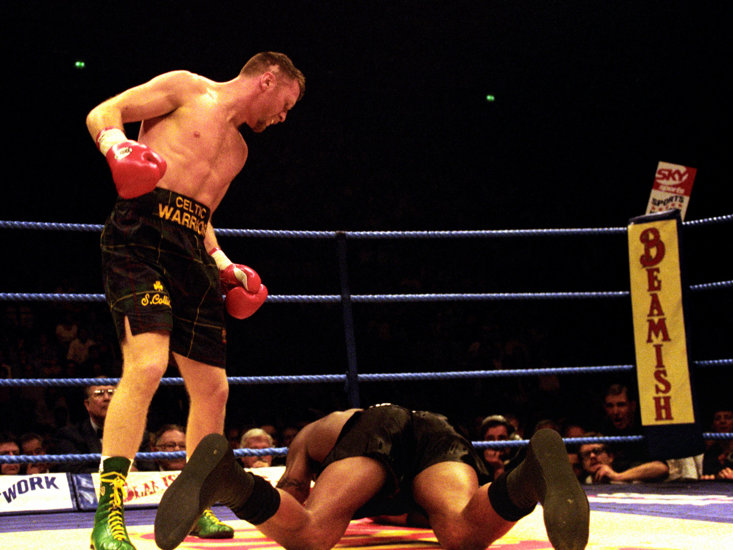 ‘The Celtic Warrior’ is one of the most successful Irish boxers in recent history, having held world titles in both the middleweight and super middleweight divisions simultaneously. Collins never lost as a champion, beating the likes of Chris Eubank and Nigel Benn (twice) along the way. Collins also had an excellent amateur pedigree, winning 26 Irish titles before turning pro in 1986.

Born in Hillsborough, County Down, Jimmy McLarnin emigrated to Canada at the age of three but he is still widely considered one of the very best boxers to hail from the Irish isles and is even rated ninth in BoxRec’s list of greatest welterweights of all-time, just behind Sugar Ray Leonard.

‘Baby Face’ would go on to become a two-time welterweight champion and fought a famous trilogy with the legendary Barney Ross between May 1934 and May 1935, winning just once but taking the three-weight world champion the 15-round distance each time. 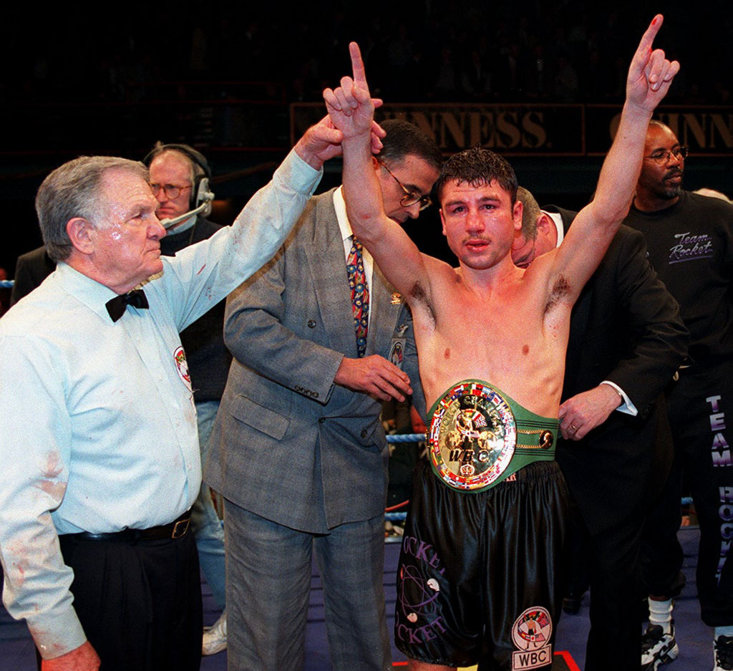 "If you look in the dictionary, under 'Tough Irishman', you'll find a picture of Wayne McCullough," HBO commentator Larry Merchant once said of the man they called the ‘Pocket Rocket.’ It’s fair to say that's a bang-on assessment of the former WBC bantamweight champion.

A silver medallist at the 1992 Olympic Games, Belfast-born McCullough was tough-as-nails as a professional and managed to go his entire career without being knocked down, taking two of the hardest-hitters of his era, Naseem Hamed and Erik Morales, to the scorecards.

The original Jack Dempsey (Not the famous heavyweight champion who followed) was nicknamed ‘Nonpareil’, as in ‘Without equal” - a stunningly brash moniker even by today’s standards when boxers regularly call themselves ‘The Best Ever’ or the ‘GWOAT’.

Dempsey, born in Curran, County Kildare, was given such a lofty title because he was such a tough man to beat. In fact, in his career he lost only three times and two of those fights were believed to have been fixed. He held the middleweight title between 1886 and 1891, dying of tuberculosis at the age of just 33. He was inducted into the International Hall of Fame in 1992. 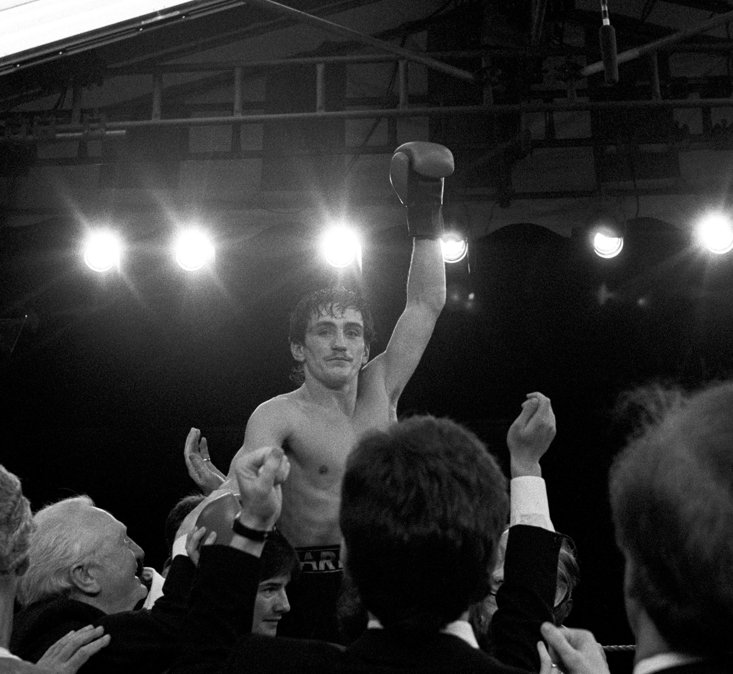 Barry McGuigan was more than just a boxing champion in Ireland during The Troubles, he was a symbol of hope. The Clones Cyclone was immensely popular across both Britain and Ireland, representing neutrality at a time when his country was more divided than ever.

His greatest night in boxing came at QPR’s Loftus Road in 1985 when he ended the long reign of Panama’s Eusebio Pedraza to snatch the WBA featherweight title. When he returned to Belfast after the fight he was greeted by hundreds of thousands of fans and the next year he would become the first person not born in the UK to win the BBC Sports Personality Award.