A record-breaking UK television audience of 7.6 million tuned in to watch Phil Neville’s England sweep aside Norway 3-0 in front of 21,111 spectators at Le Havre’s Stade Oceane last week, making it the UK’s most-watched women’s football game ever. Among those cheering on the Lionesses was Natasha Jonas, sister of England and Lyon star Nikita Parris.

Liverpool’s most renowned sporting sisters may have taken different paths, but the Toxteth duo have enjoyed huge success in their respective disciplines, boxing and football, both previously male dominated sports: The FA infamously banned women’s football from 1921 all the way through to 1971, while it took 116 years for England Boxing to lift its ban on women participating and competing in boxing (1996).

The role-model sisters have both played a pivotal part in breaking boundaries and changing perceptions.

“You have to try that little bit harder to be accepted when you’re a woman in a man’s game,” said Natasha in an interview with the Telegraph last year. When she was younger Natasha, the elder by nine years, actually ventured over to America’s St. Peter's College on a football scholarship, only for injury to rupture her chances. Upon her return to England a friend suggested that she give boxing a go...

In 2006 the southpaw made her boxing debut, and come 2009 she became the first female boxer to compete for GB Boxing (2009), then three years later was the first female British boxer to fight at the 2012 Olympics in London, where she lost to eventual gold medalist Katie Taylor in the quarter-finals.

Natasha turned professional in 2017, and has since won seven of her eight fights (7-1), and held the WBA International female super-featherweight title. She vacated the belt on the Amir Khan undercard last year, but bounced back in March with a win against Tanzania's Feriche Mashauri.

According to statistics from Sport England, the number of registered female boxers in Britain was 70 in 2005, a figure that rose to over 900 in 2009. Since Jonas made British Olympic history in 2012 over 35,000 girls and women have taken up boxing in some capacity; whether that’s joining a club or participating in exercises such as ‘Boxercise’.

"Women don't just stay at home and look after the kids, we don't just do dance or gymnastics, we play tennis, football and rugby, we box," Natasha previously told BBC Sport. She may not have made it as a footballer, however her half-sister Nikita - they share a father, Neil, but each took their mother’s surnames - has thrived in the beautiful game.

Sky Sports News
@SkySportsNews
"She was an Everton player, but a Liverpool fan. Sometimes she used to wear a Liverpool top underneath her Everton shirt!"
Nikita Parris created own team when banned from boys side, says sister Natasha Jonas:
80
626

At secondary school Nikita formed her own football team - at that time girls weren’t allowed to play in boys teams. At 16 she sported the shirt of Everton Ladies, although given her Liverpool loyalties she opted to wear a Reds shirt underneath the Toffees kit to “ensure she didn’t get any blue anywhere near my heart”.

Nikita then rose to stardom at Manchester City where she won the Super League, two League Cups, FA Cups, and Continent Cups, along with the coveted Football Writers’ Association Women’s Player of the Year. In May she was lured over to European champions Lyon - she leaves England as the all-time leading scorer in Women’s Super League - and will now look to create more history in France as she begins a new chapter in her career.

Like her older sister in boxing, the lack of opportunities available to her at a young age has inspired Nikita to create opportunities and promote participation in sport. For example last year she launched the NP17 Academy at the City of Liverpool College which allows girls from deprived areas to gain a full-time sports qualification.

Nikita, winner of the 2019 She Believes Cup, is now bidding to help inspire the Lionesses to victory over defending World Cup holders and tournament favourites USA who they face in Lyon tonight in a mouthwatering match you simply don’t want to miss.

Nikita Parris
@lilkeets
Started off with a 💥 & we never looked back. Semi-finals we are on our way!!! A true team performance tonight ❤️ This amazing journey continues...#Lionesses #FIFAWWC 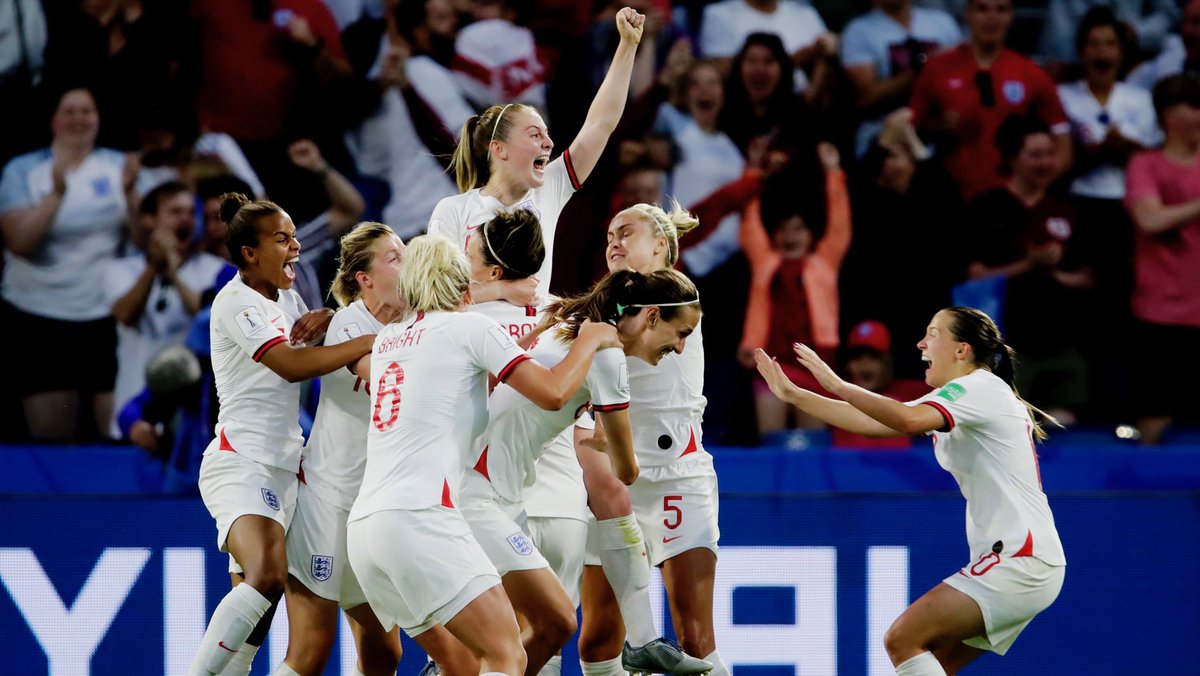